The Time Has Come for Pitchforks and Torches 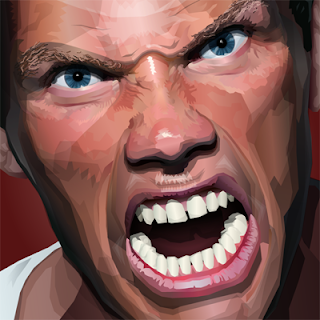 Joe Biden will go down in history for being the most clueless President in history. He’s already way past Jimmy Carter. One has to wonder why the left would have presented us with a washed up Washington Insider as the Democratic nominee.

His past cringe worthy statements include sexist, racist and some things bordering on perversion towards children. So they presented him as “Building Back Better.” With his plummeting popularity pollsters have never seen approval figures this low in recorded history.

With only nine months into his presidency he has ruined what was to be the best southern border in history with one swipe of his pen. Experts are saying this influx of Covid laden illegal aliens will soon rival 11 states’ populations in sheer numbers. Think about that for a minute. Accepting the sick in massive numbers into an already shrinking labor base.

When President Trump left office 4 million citizens had left the labor force, now with Biden and many liberal Governors crazy mandates it’s reported that another 7 million may be forced to either take the vax or be terminated from their employment. The military who refuse the vax are being dishonorably discharged. Think about the poor Lt Col. with but just a few years left before retirement now loses everything including his pension and healthcare. It’s a sad regime that makes us chose between a livelihood or taking a poison. Jim Jones would be proud of Joe Biden.

One flawed policy after another, Keystone Pipeline, rescinding land leases for gas and oil on government property, the southern border, especially the fiasco of costing the taxpayers millions a day to STOP building the fence (just to make a point) “Orange Man Bad” syndrome. Then we step into this Afghanistan debacle where he went against all advice from his military and left Americans stranded and 13 members of the military dead. As a retaliatory strike he kills a UN worker and his family as a drone explodes on them in a case of mistaken identity. Tragic as it may seem the only person who got reprimanded was the Officer who reported that they had killed the wrong person, he still sits in jail while the Officer who ordered the final strike goes free.

Not once in our history has the government waged such a psychological war on 330 million people as they have done with Covid.

Not one thing that seems crazy or illogical is off limits to this regime. The very idea that 3.5 trillion in spending is the answer to financial stability boggles the mind!

Our fore fathers are rolling in their graves at the thought of what a farce this Republic has become. If this had been happening in their time, heads would be rolling and pitch forks and torches would be seen at night on 1600 Pennsylvania Ave.