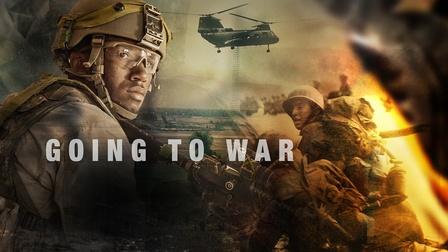 Now, with more than 800,000 deaths in America from the China virus, China is spared any responsibility for the suffering and carnage. The reason: nobody wants to go to war. This sends a message to China about Taiwan. It already has Hong Kong. It’s pushing America around on the world stage, on the way to world domination. Nether political party, the Democrats or Republicans, have the will to stop them because nobody has an appetite for war.

Instead, Americans fight one another and talk about another civil war. That’s exactly what our enemies want.

Conservatives applaud Senator Rand Paul and others for bashing Dr. Fauci. But’s Fauci is just an agent of the Chinese, like China Joe himself. Beyond Fauci and China Joe is the Chinese Communist regime, sitting on top of the world. Getting rid of Fauci leaves Chinese dictator Xi in power.

Liberals think climate change is a more important issue. Like China Joe, they beg the Chinese communists to do something, anything, to mitigate extreme weather changes. But the virus is a different matter. The Chinese-sponsored Olympics will go on as scheduled.

Those who have seen their countrymen suffer and die from the China virus wonder at the priorities of the American people.

Consider abortion. Once again, professional “pro-life” groups are saying the end of Roe vs. Wade, the pro-abortion ruling, is just around the corner. That’s because the Supreme Court heard another case on the subject today.

Even if this were true, abortion has claimed more than 63 million lives in America since Roe v. Wade. As deadly as it is, the China virus has diverted our attention from what Thomas W. Jacobson, Executive Director of the Global Life Campaign, has called “the greatest genocide in history.”

The year 2020 marked the 100th anniversary of the first government authorizing abortion, the Russian communist regime, and more than 1 billion babies have been sacrificed in one century.

No wonder 800,000 dead from the China virus fails to anger people.

Instead, Americans argue among themselves about abortion and the virus. This is the way the communists would like it. We are incapable of coming together on the basic issue of life and death.

We see Americans define abortion as the right to choose, as a woman’s right over her unborn child. The Catholic Church debates whether “Catholic” Joe Biden, a pro-abortion zealot, deserves Holy Communion, and comes to no firm conclusion.

We have lost our sense of morality. Our churches are corrupt.

We see Americans blame the CIA for what was obviously a case of a Marxist assassin, Lee Harvey Oswald, killing JFK.

Robert F. Kennedy, Jr., a leading opponent of Fauci, wants to see his own father’s assassin, Sirhan Sirhan, released from prison. RFK Jr. doesn’t even think Sirhan Sirhan did the crime, for which he was convicted and admitted responsibility.  But RFK Jr. is hailed as a patriot by conservatives who hate Fauci.

Tucker Carlson regularly features gay activist Glenn Greenwald as a guest, even though Greenwald made his reputation as a man of the left by serving as a handler for CIA/NSA traitor Edward Snowden, now living in Moscow. Snowden’s disclosures benefited Russia and China.

Having seen the Americans get them off the hook for murdering an American president and trying to kill a pope, John Paul II, the Russians invaded Ukraine and are now threatening to do so again.

The communist regimes in Russia and China have America at their mercy. We are lost. As William Wallace told the Scots, their country has no sense of itself.

America stands for nothing.

Perhaps the Supreme Court will come to its sense on Roe. We can only hope and pray, since America’s legislature will not curtail the slaughter to any great extent.

The other hope is reversing government control of education.

Americans are beginning to discover there was a time when education “was considered mainly a family or local responsibility, not a responsibility of the state,” as noted by the shrine associated with Saint Elizabeth Ann Seton, the first American to be canonized as a saint. “Schooling was conducted in the home or in small, one-room school houses. The curriculum centered on reading, writing, and arithmetic along with moral and religious training. One purpose of learning to read was to be able to read the Bible for oneself.”

The reality of abortion makes you wonder if Americans have a stomach for this fight for their children.

In this fight, the Catholic Church has to show it stands for something. Parents are taking their children out of the public schools and putting them in Catholic schools. This is a major trend.

Not all of these parents are Catholics. But they are looking for schools that teach morality and Biblical values. First, they have to find this moral sense in themselves.