LA Times writer David Cole writes this op-ed like reducing the power the of the federal administrative state is a bad thing (LA Times piece behind paywall, using the Yahoo edition)

Op-Ed: The Supreme Court’s vaccine mandate ruling is the start of something far worse 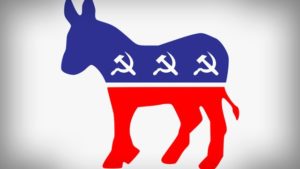 The Supreme Court’s recent decision to block the Biden administration’s vaccination-or-test requirement for large private businesses will threaten the safety of hundreds of thousands of workers. But the damage it could do goes well beyond the pandemic.

The court’s 6-3 majority acknowledged that the order would save more than 6,500 lives and prevent more than 250,000 hospitalizations — but went ahead and blocked it anyway. There is probably no other court in the world that would stop its national government from taking such common-sense emergency measures to protect workers from the life-threatening risks of COVID. On Friday, a federal judge, relying on the Supreme Court’s decision, went still further, ruling that the president could not even require the federal government’s own employees to be vaccinated, despite a statute giving him broad authority to regulate employment policy for all federal workers.

Employment policy is not requiring workers put a vaccine in their body which is there after work. The judge apparently thought that the law didn’t give Biden the authority to do that. It doesn’t matter that it’s a pandemic, what matters is what the Constitution, then the law, says. Period. SCOTUS was also leary of the “grave danger” when the mandates would kick in a year after the vaccines were released.

Even more worrisome, though, is what the court’s reasoning means for our ability to address national challenges going forward. The majority stopped the order based on a wildly anachronistic vision of how the federal government should operate — one that would require Congress itself, rather than federal agencies, to micromanage complex problems.

This makes David, and you know lots and lots of Progressives (nice Fascists) mad, because it would limit the ability of the federal government to do whatever the hell they want using the most minuscule portion of a law, digging for it, trying to find a way to make it apply

But no. They jettisoned their commitment to textualism, and instead, came up with a way to throw the text aside. They maintained that when Congress authorizes an agency “to exercise powers of vast economic and political significance,” it must “speak clearly.” And then they reasoned that because Congress directed OSHA to address “occupational” safety — and COVID presents dangers outside as well as inside the workplace — OSHA’s authority was insufficiently clear. But nothing in the law limits OSHA to addressing only dangers that arise exclusively in the workplace, and it has long regulated dangers that arise at work and outside work, such as fire and dust.

If the law is not specific, if it doesn’t say something specific, then a federal agency shouldn’t be able to simply pull a justification out of a hat. OSHA cannot regulated what you do at home or outside of work. It’d probably be safer for you to wear work gloves that allow you to grip the steering wheel better on your way home to work, right? Maybe head protection? Heck, you never know, a fire retardant suit. They do not have the authority. You probably have a lot of things in your home that would violate OSHA workplace rules, like things sitting on the floor that block aisles and create hazards. No authority.

Justice Neil M. Gorsuch, in a concurring opinion joined by Clarence Thomas and Samuel A. Alito Jr., tied the majority’s approach to the long dormant “nondelegation doctrine,” which says that Congress cannot delegate its powers to another branch of government. The upshot is to require Congress itself to act rather than allowing the executive branch, through its departments and agencies, to do so wherever the justices deem an issue “major,” a term the court has never defined.

Congress cannot possibly legislate all the regulations that it takes to govern the nation — even if it weren’t mired in partisan gridlock. Many subjects require expertise and fact-finding that must, for all practical purposes, be done by federal agencies. Everything the Federal Reserve Board does has “vast economic and political significance,” but surely that doesn’t mean Congress has to set interest rates.

That’s why there’s a 10th Amendment. Congress, and the federal government, is not meant to govern the whole nation in every thing that arises. But, what David means is “Los Federales telling everyone how to live their lives.”

Countless areas of the modern economy are regulated and governed by federal agencies; that’s their job. Yet the decision to block the OSHA vaccine-or-test requirement is an initial salvo in what could become a full-scale attack on the administrative state.

Good. It needs to be rolled back and the power returned to the states, where it belongs. If California wants to mandate vaccination in the state, that’s within their power, if they pass a law. That’s not a power that the federal government has. Some say to use the Commerce Clause, which would be a big stretch. Cole is the national legal director of the ACLU. He should know this. He should know what the Constitution says, and what it means based on the writings of those who wrote the Constitution, including the Bill of Rights, such as the Federalist papers.

The post Bummer: SCOTUS Mandate Decision Could Be First Salvo In War On Administrative State appeared first on Pirate’s Cove.