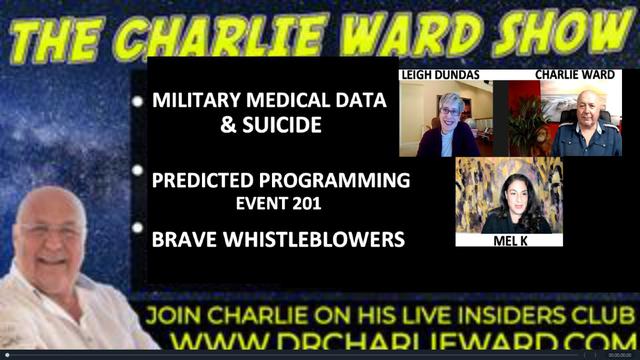 (Natural News) America’s armed forces have been in the throes of a mass die-off event ever since Wuhan coronavirus (Covid-19) “vaccines” were forced on all servicemen.

At the recent “COVID-19: A Second Opinion” panel that was hosted in Washington, D.C., Sen. Ron Johnson (R-Wisc.) dropped numerous bombshells showing that Fauci Flu shots are neither safe nor effective as claimed.

Doctors and other expert panelists presented damning data showing that not only are the injections a serious medical problem, but the government’s handling of it amounts to a coordinated coverup of Big Pharma’s evil deeds.

Attorney Thomas Renz reportedly told conservative commentator Daniel Horowitz from The Blaze the details about the cancer epidemic sweeping through the military. Here is what Horowitz tweeted in a follow-up to the gathering:

“Unlike VAERS where the naysayers can suggest that anyone can submit, this is only by military doctors and quantifies every single ICD code in the military for tri care billing of Humana. This is the ultimate defined and finite population with excellent surveillance.”

Horowitz also shared a video of Renz speaking at the panel about other mind-blowing data he accumulated from several whistleblowers whose credentials, he said, “are impeccable.” One of them is one of the only Green Beret doctors in the military. (Related: Renz is the same guy who warned that everything about the plandemic is centered on fear and manipulation rather than facts.)

“One of the biggest takeaways here is that the data is beyond reproach and widely accessible by the DoD, CDC, FDA, and across the Biden-Harris regime. In other words, they are all very well aware that the jabs are almost certainly causing an untenable increase in cancer in otherwise young and healthy military-age Americans and they’re keeping that information away from the people.”

America’s military is being killed off by covid injections

In a perfect world, what Renz alone said at the panel would have been more than enough to convince the government to immediately halt the jab push while reevaluating the data and coming up with a new plan. That reevaluated data would then have been publicly released for independent scrutiny.

The world is far from perfect, though. Instead of honesty and transparency, the government has instead chosen deception and secrecy when it comes to the “science” behind the injections.

Since the corporate-backed media will never report on any of this, it is up to you and others like you to share it with anyone who might be willing to listen.

“We saw – this one’s amazing – neurological,” Renz added in his presentation. “So, neurological issues which would affect our pilots, over 1,000 percent increase. 1,000.”

The latest news about Wuhan coronavirus (Covid-19) “vaccine” injuries and deaths can be found at Genocide.news.