Joe’s At It Again, Lies, Lies, and More Lies 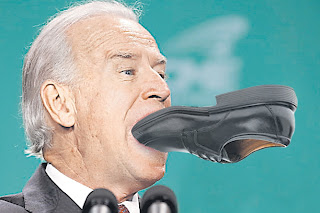 We’d all like to see Joe Biden as just a senile old man, because that might somehow make us feel slightly compassionate towards his condition. That would bring up memories in us all towards family members we have all had that show signs of dementia, but this is different.

Biden lies with impunity and without remorse. His lies are painful to watch and even more devastating to the people who are the target of his lie. Remember the accident that caused his first wife’s death? He blatantly lied about the man in the other vehicle and claimed he was a drunk driver. Imagine if you will being one of that man’s family members and enduring that lie over and over again.

Or remember the time when Joe claimed that Jill was in their house that burned to the ground and she was lucky to get out alive. As it turns out it was a small kitchen fire that was easily extinguished and only did $4000 worth of damage.

How about when Joe was a senator and claimed that anyone could come visit him and express their concerns on politics at his favorite diner that he visited every Saturday morning, but there was a problem, that diner had been closed for years.

Or the one just last month claiming that he visited Israel during the Six Day War as a law student and liaison and was invited by Golda Meir. Why would Golda Meir invite a law student from the United States in such a turbulent time?

Or the one about being at the top of his law school class on a full scholarship, neither which were true.

To assume he’s merely a habitual exaggerator is fine, but it’s even scarier to think he actually believes his constant lies as if he lives in some alternate universe of the past.

It’s one thing to assume he has dementia, it’s something entirely different to spew continual lies with no remorse or accountability.

Call it what you want but continual lies about situations that clearly never happened can be labeled as habitual, and habitual is just about the farthest thing from Presidential.

This is the man with the nuclear football?

Yesterday he told yet another whopper, he did fall back to the lie he told about being arrested while trying to see Nelson Mandela in prison on Robin’s Island, but now he finally got called out by CNN. Whenever he gets caught in a lie he goes on a gibberish rant and back pedals.

Story on the claimed drunk driver: