Putin May Not Be Who You think He is, In Fact He May be the Reincarnation of Hitler! 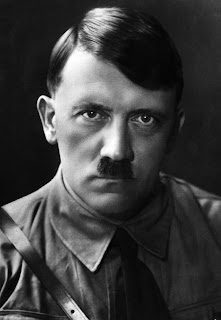 They both came from beginnings fairly similar. Hitler was a Corporal in the German Army at the end of WWI. He was angry about the Treaty of Versailles that ended the war because it stripped Germany of all the power they once wielded.

Putin was an up and coming politician that had served under the KGB before being promoted by Boris Yeltsin. Things were going well for this young politician until Mikhail Gorbachev came onto the picture during the Reagan Era. Putin’s heroes were Staling and Lenin, in fact his Grandfather was their cook! 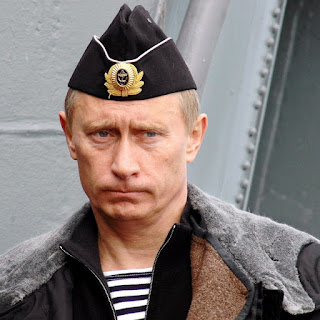 The once powerful country had suffered a horrible loss during the war not only in power but in the respect of people. Adolph Hitler intended to restore that respect any way he could. Other than writing Mein Kampf while imprisoned for his part in an attempted coup, Hitler’s rise to power could have been the training manual for Putin’s rise.

Putin suffered a political setback during the fall of the USSR, but he was every bit as angry about the dissolving power of one of the top two most powerful and feared countries in the world. Handing the number 1 spot back to the USA infuriated him.

He believed in “Natural Borders,” a term that few understood outside his realm of personal pride, and so he took what he felt was rightfully his and the first invasion was Czechoslovakia to fee his Germanic speaking people.

He believed that people that spoke his language were basically the only reason that he needed to invade and annex another country, regardless of what they actually believed in and so in 2014 he invaded Crimea, against lame demands from the Obama Administration (remember the line in the sand?)

Working on the idea of nationalism and pride, he promised his people that they would once again rise to be the most powerful nation in the world. In March 1938 Hitler “Annexed” Austria. He actually rationalized this invasion saying that he believed that Austria was always part of Germany.

Sea ports meant a great deal to him, and he would physically take them as power plays to control massive areas of water through his Navy, and Crimea was no exception, Putin grabbed that country an attempt to seal a future invasion to annex all of the Ukraine. The Ukraine invasion was planned long ago.

In the back of his mind he knew that he was wrong and working against many treaties, some in fact were ones he even agreed to, but he pushed forward regardless he obtained overall ruling power of Germany and no country would challenge him or his need to “annex” countries. 11 Countries he invaded. Norway, Sweden, Demark, and the Netherlands were all invasions to gain more access to the Atlantic.

The Treaty he signed meant nothing as he continued to build his war machine above and beyond what he agreed to weekly increasing his military might. The question is what country would finally have the power to stop him, nobody had so far. France and the UK certainly lacked the courage to step up and say no you won’t invade another country! Hitler had slowly increased the might of his military without so much as a whimper from the powers to be that had written the Treaty of Versailles.

He was finally on a roll to rekindle the power and might of one of the most feared powers, he would claim that he wasn’t even thinking about invading while all the time sending huge numbers of troops to the border. Then he claimed it was only to rescue his endangered Russian speaking fellow countrymen from the Nazified groups also in the area. But that was never his intension to free a small additional portion because he attacked from the North, South, and East all at once, he wanted it all!

Absolute Power corrupts but Hitler and Putin are proof of that, this isn’t to say that other countries aren’t corrupt, they are. Is Ukraine corrupt? Of course! Is Russia corrupt? Absolutely! Is America corrupt?……..I think that goes without saying. Corruption will never be fixed before I pass away, and I accept that. Corruption I am convinced will never be defeated, but it shouldn’t keep us from trying to fix things!

Should it be the USA’s job to build democracies around the world and overthrow dictators? That is a question above my pay grade and I’d prefer to keep that thought to myself. Should we help little countries from being swallowed up by larger ones? Absolutely! The formation of NATO in 1949 was created by AXIS powers because they knew after WWII what the USSR’s intentions were. Why do you think that one of Putin’s main demands is that no more countries join NATO?

In 2020 Putin has subverted the Russian Constitution by way of Executive Order to allow him to be President without any term limits, and the corrupt voting system there is far more advanced than ours in the USA, so removing him from office may prove insurmountable for another 15 or more years.

One thing is for certain, both of these vicious dictators had the same thirst for power, both were upset at the past mistakes by their countries (at least in their mind.) Both wanted to fulfill their destiny to return their countries to the power that a previous person in power had relinquished decades ago. If someone hadn’t stepped up to the plate in the 40’s we would all be speaking German now. The question is, what country will finally take an active role in the support of Ukraine?

Read more about the so called Independent Countries that still rely on Soviet support: