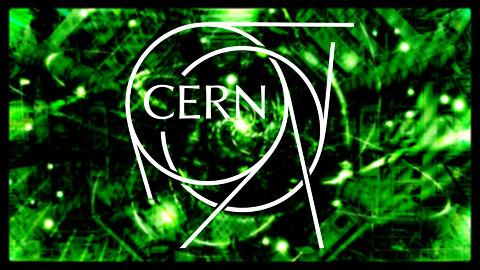 Natural News) Reawaken America Tour founder and Brighteon.TV host Clay Clark revealed that the Luciferian globalists and their allies are pushing the 666 iconography in their quest to enslave humanity.

Clark made this revelation during the May 18 episode of his program “Thrive Time Show,” where he aired his recent interview on “The Alex Jones Show” with the InfoWars founder. He pointed to two Congressional bills that contain the so-called “devil’s number” – House Resolution (HR) 6666 and HR 666. Both proposals were introduced by Democratic lawmakers.

Rep. Bobby Rush (D-IL) introduced HR 6666, or the COVID-19 Testing, Reaching And Contacting Everyone (TRACE) Act, back in 2020. The act permits the Department of Health and Human Services (HHS), and the Centers for Disease Control and Prevention (CDC) by extension, to “award grants to eligible entities to conduct [COVID-19] diagnostic testing, trace and monitor the contacts of infected individuals and support the quarantine of such contacts.”

Clark, however, revealed that HR 6666 conceals a much more sinister agenda – that of medical martial law. “This is actual legislation that has actually been authored by the U.S. Congress that would allow the [HHS] secretary to take you to a quarantine camp. That is not a theory; that is an actual document. Now they have codified it, and it’s just sitting there waiting to be passed,” he told Jones.

The “Thrive Time Show” host added that the TRACE Act lined up with the CDC’s idea of “green zones” or isolation facilities for COVID-infected individuals, akin to concentration camps. “The CDC recommends [taking] you away from your home for a limited period of time – at least six months – to keep you from spreading the virus,” said Clark.

“It’s a virus [that’s] two weeks long [at the] maximum, but they want you to stay months in a prison. Remember Australia [when] they said: ‘If you complain about being in a camp, we’ll keep you longer to make you stop complaining?’ It’s all about control. It’s the cover for the re-education camps,” the InfoWars founder said in reply. (Related: Australian government celebrates construction of covid quarantine camp, claims prisoners will be held for “public safety.”)

Clark also pointed to HR 666, otherwise known as the Anti-Racism in Public Health Act of 2021. The bill introduced by Rep. Ayanna Pressley (D-MA) sought to “provide for public health research and investment into understanding and eliminating structural racism and police violence.” Clark decried HR 666 as “legislation that would [make it] illegal for you to not agree with critical race theory.”

Luciferians are “diligent devils,” most Christians are “asleep at the wheel”

Jones then asked why the globalist Luciferians and their allies are putting out the 666 iconography and if they were doing it to “rub it in [people’s] noses.”

“Luciferians want to always show what they’re going to do before they do it,” replied Clark. He then cited two other examples of the devil’s number being used, this time from the private sector.

The logo of the European Organization for Nuclear Research (CERN), which operates the Large Hadron Collider, uses three sixes as its logo. CERN conducted a satanic ritual, which Jones described as “people running around in black robes doing mock human sacrifices,” during the grand opening of its headquarters in Switzerland.

Aside from CERN, Clark also mentioned that Microsoft and its founder Bill Gates own a patent for “a cryptocurrency system that goes inside the human body.” Incidentally, the patent was issued the serial number WO/2020/060606 – another reference to the devil’s number.

The Reawaken America Tour founder pointed out that the patent fulfilled the book of Revelation, which states: “Also it causes all, both small and great, both rich and poor, both free and slave, to be marked on the right hand or the forehead, so that no one can buy or sell unless he has the mark, that is, the name of the beast or the number of its name. This calls for wisdom: let the one who has understanding calculate the number of the beast, for it is the number of a man, and his number is 666.”

“The Luciferians are diligent devils that want to put us in quarantine camps. [They’re] diligently throwing out the number 666 and making their technology. [Meanwhile] many Christians – not your listeners, but many Christians – have been asleep behind the wheel,” said Clark.

“I’m asking the Christians who are watching right now: I’m calling on you to get involved. It is the Great Reawakening versus the Great Reset.”