Of course, this is playing to their unhinged, bat guano insane base, but, it is also reckless in that it whips those same barking moonbats into a frenzy towards violence (non-paywalled Yahoo version here)

‘A Crisis Coming’: The Twin Threats to American Democracy 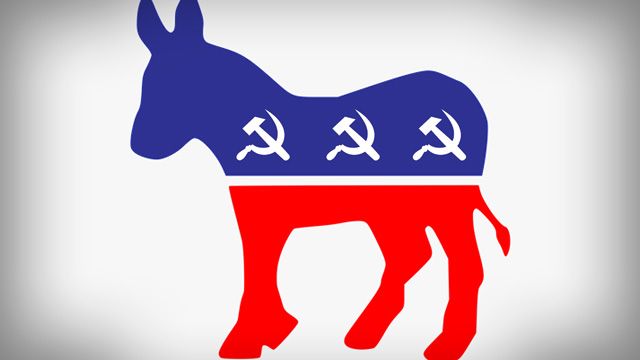 The United States has experienced deep political turmoil several times before over the past century. The Great Depression caused Americans to doubt the country’s economic system. World War II and the Cold War presented threats from global totalitarian movements. The 1960s and ’70s were marred by assassinations, riots, a losing war and a disgraced president.

Riots? Like all the BLM/Antifa ones in 2020? Like Leftists declaring the CHOP zone of Seattle as no longer part of the United States? Taking over police stations? Invading people’s homes and businesses?

These earlier periods were each more alarming in some ways than anything that has happened in the United States recently. Yet during each of those previous times of tumult, the basic dynamics of American democracy held firm. Candidates who won the most votes were able to take power and attempt to address the country’s problems.

The current period is different. As a result, the United States today finds itself in a situation with little historical precedent. American democracy is facing two distinct threats, which together represent the most serious challenge to the country’s governing ideals in decades.

This should be good

The first threat is acute: a growing movement inside one of the country’s two major parties — the Republican Party — to refuse to accept defeat in an election.

J6, blah blah blah. No mention of Democrats still caterwauling over the 2000 election, saying Bush stole it with the help of the Supreme Court. And 2004, Diebold voting machines in Ohio. And Russia Russia Russia for 2016. Weird, right?

The second threat to democracy is chronic but also growing: The power to set government policy is becoming increasingly disconnected from public opinion.

The run of recent Supreme Court decisions — both sweeping and, according to polls, unpopular — highlights this disconnect. Although the Democratic Party has won the popular vote in seven of the past eight presidential elections, a Supreme Court dominated by Republican appointees seems poised to shape American politics for years, if not decades. And the court is only one of the means through which policy outcomes are becoming less closely tied to the popular will.

Does it need mentioning that we are not a Democracy, ie, mob rule, at the Federal level? That 1. the minority has safeguards from majority tyranny, and 2. we have a Constitution which sets the rules, regardless of public sentiment? Unless that majority can get an Amendment through the process. Or that Democrats will sue when the majority votes, such as California’s ban on gay marriage? And gay marriage bans in other states?

Two of the past four presidents have taken office despite losing the popular vote. Senators representing a majority of Americans are often unable to pass bills, partly because of the increasing use of the filibuster. Even the House, intended as the branch of the government that most reflects the popular will, does not always do so because of the way districts are drawn.

Hmm, that seems to be denying the rules as laid out by the Constitution for presidential election.

“We are far and away the most countermajoritarian democracy in the world,” said Steven Levitsky, a professor of government at Harvard University and a co-author of the book “How Democracies Die,” with Daniel Ziblatt.

That’s a good thing. The Minority has rights and safeguards. The same Constitutional rules the NY Times is whining about as the second threat keeps Democrats from getting run over in Republican run states. Anyhow, it is a long, wackadoodle piece, ending with

The makeup of the federal government reflects public opinion less closely than it once did. And the chance of a true constitutional crisis — in which the rightful winner of an election cannot take office — has risen substantially. That combination shows that American democracy has never faced a threat quite like the current one.

Yes, the bureaucracy is heavily Democratic Party voters, well above the Republican/Independent/Democrat split. They do not serve the country, they serve their Beliefs. And, as the comment at the Yahoo piece with the most upvotes notes

The biggest threat to the American Democracy is the people that are elected to serve in the House and Senate that do not do the job of representing the people that elected them while at the same time setting themselves up as a pseudo-aristocracy whose only goal is to remain in power. If they would start doing the jobs they were elected to perform there would not be this amount of frustration and dissatisfaction.

Things we could do

Reduce the power of the federal government, returning it to the states. And cities. Where it belongs. People would not need to care that much what is going on in D.C., but, in their town halls and general assemblies. Which are closer to The People. This is not what Progressives, like the folks at the NY Times want. They want a massively powerful federal government which can mandate how citizens live their lives. Yet, they never seem to realize this will apply to their own lives.

The post NY Times: American Democracy Is In Crisis From Republicans Adhering To The Constitution appeared first on Pirate’s Cove.