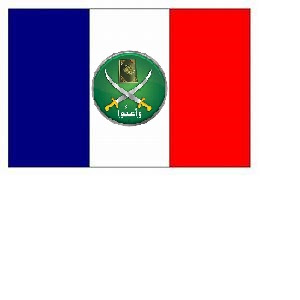 This is another in our series of translations from European articles on the Muslim Brotherhood in Europe and the 5th pertaining to France. This latest article is from the French site, Marianne, and is translated by Fousesquawk. It concerns funding for the Muslim Brotherhood-affiliated organization FEMSYO  (Forum of European Muslim Youth and Student Organizations). The European Commission has informed Marianne that it no longer funds FEMSYO. This comes after several French officials had written to the European Commission complaining about subsidies given to FEMSYO.

Political Islam: The European Commission maintains that they no longer finance FEMSYO

The European Commission has informed Marianne that the association, FEMSYO, tied to the Muslim Brotherhood, was not receiving any more financing from the European Union. “A very good sign” for the European deputy, Ilana Cicurel, who maintains that France can count on certain of her neighbors in the fight against fundamentalist Islam.

The European Commission noted the rules as to: No funding for organizations, “who pursue illegal or extremist objectives, or who do not fully respect fundamental values and rights. We only fund organizations that adhere to the values of the Union, as enunciated in Article 2 of the treaty”. Among these values, particularly, equality between men and women, tolerance, justice….”In case of violation of the applicable conditions, we have the means to put an end to cooperation and recover the money, if necessary.”

“This is a very good sign!” European Deputy (Renaissance) Ilana Cicurel, committed to these questions of secularism and fundamentalist (infiltration), rejoices with Marianne. “This response commits them. I think that the letters from the French government have not left them indifferent, ” she continues. There has been, up to now at least, a lack of thought from the European Commission on this subject, and, on the other side, a very big ability of the associations tied to the Muslim Brotherhood to put together files which seem to correspond to our European values.” For Ilana Cicurel, the European institutions are beginning to “become aware of the menace that today can also come from this kind of association.”

The Secretary of State for Europe, Lawrence Boone, explained to Marianne last August that, “in addition to our calls for vigilance that we already issued in the past, we envision a common approach with our European partners in Brussels on this subject, to recall the risks of undermining social cohesion, induced by certain actions and messages of FEMSYO”. Which European partners, when many among them criticize the secularism of the French? “We have some allies on this subject,” says Ilana Cicurel. “Belgium, the Netherlands….countries that have experienced the consequences of Islam in their flesh”.