Unfortunately, they’ll be considered heretics by the Cult of Climastrology, since most cult dogma is against using nuclear power

These ‘nuclear bros’ say they know how to solve climate change: nuclear 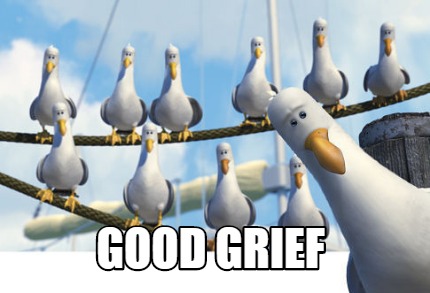 The typical “nuclear bro” is lurking in the comments section of a clean energy YouTube video, wondering why the creator didn’t mention #nuclear. He is marching in Central California to oppose the closing of the state’s Diablo Canyon nuclear power plant. His Twitter name includes an emoji of an atom ??. He might even believe that 100 percent of the world’s electricity should come from nuclear power plants.

As a warming world searches for ever more abundant forms of clean energy, an increasingly loud internet subculture has emerged to make the case for nuclear. They are often — but not always — men. They include grass-roots organizers and famous techno-optimists like Bill Gates and Elon Musk. And they are uniformly convinced that the world is sleeping on nuclear energy.

It is. Even Warmists like Michael Mann want nuclear, and they’d get agreement with Skeptics and Republicans

Nuclear advocates often meet each other on the internet — on large shared WhatsApp groups, sharing news on the subreddit r/nuclear, or on Twitter. It’s also on the internet that they have earned the moniker “nuclear bro,” a catchall term of unknown origin that places men who are pro-nuclear alongside the likes of “Berniebros,” “Crypto bros,” and “brogrammers.”

The “nuclear bro” label — often wielded by environmentalists and others skeptical of nuclear power, some of whom are in return labeled “renewabros” — serves to cast nuclear supporters as all being of a particular type: young, white, millennial men with a singular focus on splitting atoms. It alludes to a few factors of “bro culture” that can make interacting with some nuclear bros frustrating and bizarre. The criticism is that these types of bros mansplain, refuse to accept other arguments, or otherwise harass their interlocutors.

But while Cohen says he doesn’t adopt a “cultlike” enthusiasm for nuclear power — or any other source of energy — others are more dogmatic about the potential of nuclear.

“Occasionally I am met with skepticism about the existence of Nuclear Bros,” the climate writer David Roberts once said on Twitter. He then posted the screenshot of an email sent to him that began with “Hey dips***!!” and ended with “The answer to ALL our energy needs is in one word: THORIUM!!” (Thorium is an element that can be used to fuel nuclear reactors.)

Roberts is another big time climate cult member, but, I’ve seen him approve of nuclear. It’s a mountain to climb

Part of the battle over the “nuclear bro” label is that some nuclear supporters believe that renewables have been overhyped and that nuclear alone is the pathway to a clean energy transition.

This puts them at odds with groups who might be their natural allies — moderate environmental organizations who support an expansion of nuclear power along with growth in wind, solar, and geothermal power. It also sparks numerous online fights between supporters of renewables and supporters of nuclear.

And the fights get nasty, because the hardcore cultists will never, ever support nuclear. They’re nuts.

It’s a pretty interesting, and long, Washington Post article, well worth the read.