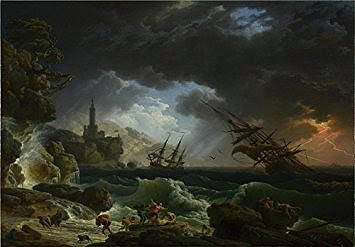 “The man with the clear head is the man who frees himself from those fantastic “ideas” [the characterological lies about reality] and looks life in the face, realizes that everything in it is problematic, and feels himself lost. And this is the simple truth – that to live is to feel oneself lost -he who accepts it has already begun to find himself, to be on firm ground. Instinctively, as do the shipwrecked, he will look round for something to which to cling, and that tragic, ruthless glance, absolutely sincere, because it is a question of his salvation, will cause him to bring order into the chaos of his life. These are the only genuine ideas; the ideas of the shipwrecked. All the rest is rhetoric, posturing, farce. He who does not really feel himself lost, is without remission; that is to say, he never finds himself, never comes up against his own reality.”
- Ernest Becker 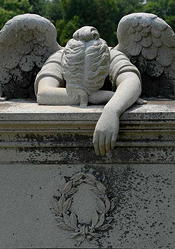 “The Denial of Death”, Excerpts
by Ernest Becker
“The idea of death, the fear of it, haunts the human animal like nothing else; it is a mainspring of human activity – designed largely to avoid the fatality of death, to overcome it by denying in some way that it is the final destiny of man… the irony of man’s condition is that the deepest need is to be free of the anxiety of death and annihilation; but it is life itself which awakens it, and so we shrink from being fully alive.”

“Yet, at the same time, as the Eastern sages also knew, man is a worm and food for worms. This is the paradox: he is out of nature and hopelessly in it; he is dual, up in the stars and yet housed in a heart-pumping, breath-gasping body that once belonged to a fish and still carries the gill-marks to prove it. His body is a material fleshy casing that is alien to him in many ways – the strangest and most repugnant way being that it aches and bleeds and will decay and die. Man is literally split in two: he has an awareness of his own splendid uniqueness in that he sticks out of nature with a towering majesty, and yet he goes back into the ground a few feet in order to blindly and dumbly rot and disappear forever. It is a terrifying dilemma to be in and to have to live with. The lower animals are, of course, spared this painful contradiction, as they lack a symbolic identity and the self-consciousness that goes with it. They merely act and move reflexively as they are driven by their instincts. If they pause at all, it is only a physical pause; inside they are anonymous, and even their faces have no name. They live in a world without time, pulsating, as it were, in a state of dumb being. This is what has made it so simple to shoot down whole herds of buffalo or elephants. The animals don’t know that death is happening and continue grazing placidly while others drop alongside them. The knowledge of death is reflective and conceptual, and animals are spared it. They live and they disappear with the same thoughtlessness: a few minutes of fear, a few seconds of anguish, and it is over. But to live a whole lifetime with the fate of death haunting one’s dreams and even the most sun-filled days – that’s something else.”

“If you get rid of the four-layered neurotic shield, the armor that covers the characterological lie about life, how can you talk about “enjoying” this Pyrrhic victory? The person gives up something restricting and illusory, it is true, but only to come face to face with something even more awful: genuine despair. Full humanness means full fear and trembling, at least some of the waking day. When you get a person to emerge into life, away from his dependencies, his automatic safety in the cloak of someone else’s power, what joy can you promise him with the burden of his aloneness? When you get a person to look at the sun as it bakes down on the daily carnage taking place on earth, the ridiculous accidents, the utter fragility of life, the powerlessness of those he thought most powerful- what comfort can you give him?”

“Luis Buimel likes to introduce a mad dog into his films as counterpoint to the secure daily routine of repressed living. The meaning of his symbolism is that no matter what men pretend, they are only one accidental bite away from utter fallibility. The artist disguises the incongruity that is the pulse-beat of madness but he is aware of it. What would the average man do with a full consciousness of absurdity? He has fashioned his character for the precise purpose of putting it between himself and the facts of life; it is his special tour-de-force that allows him to ignore incongruities, to nourish himself on impossibilities, to thrive on blindness. He accomplishes thereby a peculiarly human victory: the ability to be smug about terror. Sartre has called man a “useless passion” because he is so hopelessly bungled, so deluded about his true condition. He wants to be a god with only the equipment of an animal, and so he thrives on fantasies. As Ortega so well put it, man uses his ideas for the defense of his existence, to frighten away reality. This is a serious game, the defense of one’s existence – how do you take it away from people and leave them joyous?”