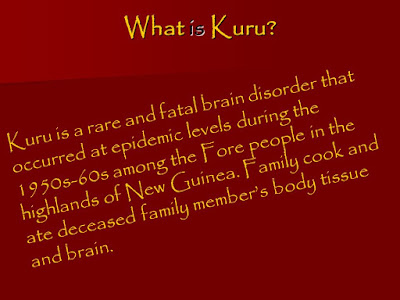 “Hey, It’s Not Just Corona Virus”
by Jim Kunstler
“Whatever the Democratic Party is infected with may be worse than covid-19. The symptoms presented point to a rare illness known as kuru. By now, we all understand that diseases easily jump between continents in this era of incessant air travel. The National Institutes of Health’s MedlinePlus bulletin has this to say about it: “Kuru is found among people from New Guinea who practiced a form of cannibalism in which they ate the brains of dead people as part of a funeral ritual. This practice stopped [allegedly] in 1960, but cases of kuru were reported for many years afterward because the disease has a long incubation period. Kuru causes brain and nervous system changes similar to Creutzfeldt-Jakob disease, bovine spongiform encephalopathy (BSE), also called mad cow disease. The main risk factor for kuru is eating human brain tissue, which can contain the infectious particles.”
Does this account for the public’s preoccupation with Zombies? Is something deeply sinister roiling in the dark interstices of American life? The public still doesn’t know for sure what was going on in the congressional SCIF chamber (Sensitive Compartmented Information Facility) deep in the Capitol’s sub-basement back in January, where Rep. Adam Schiff (D-CA) was busy spirit-cooking impeachment testimony. Was something else bubbling away on his Coleman stove down there? Say, a fricassee of Jeffrey Epstein’s frontal lobes? Did Nancy Pelosi come back for seconds? Her subsequent behavior implicates acute kuru infection, the inappropriate laughter, slurred speech, tardive dyskinesia, paranoia.
Healthline.com reports: “The name kuru means ‘to shiver’ or ‘trembling in fear.’ The symptoms of the disease include muscle twitching and loss of coordination. Other symptoms include difficulty walking, involuntary movements, behavioral and mood changes, dementia, and difficulty eating. The latter can cause malnutrition. Kuru has no known cure. It’s usually fatal within one year of contraction.”
See how this neatly corresponds to the 2020 campaign, nomination, and election cycle. That is, the symptoms will become more pronounced as the year rolls out, culminating with a cluster of fatalities in early November. Election fatalities, that is, and then perhaps the death of the old party itself. Signs and omens abound. Note, for example, the op-ed column Thursday by New York Times regular Gail Collins. 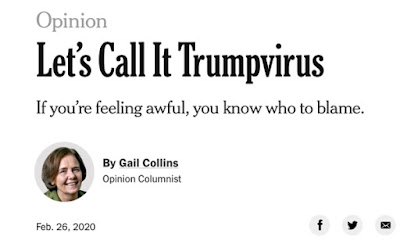 Take a close look at that photo. 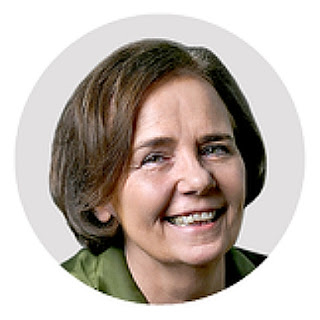 Some analysts might simply see a pooch-faced old biddy exuding the vapors of smuggery, but a trained diagnostician would detect prodromes of kuru in the unnatural squint and the inappropriate expression of mirth, considering the grave subject of the op-ed is a high-order threat to global stability, surely no laughing matter.
Manifestations of kuru were clearly evident in this week’s Democratic candidates’ debate. Joe Biden has been obviously ill for months – though I suspect he remains in the contest solely to avoid being deposed for his money-laundering activities in Ukraine while vice-president. Mr. Biden shocked the nation Tuesday night, declaring that roughly half the US population, 150 million people, died as a result of gun violence last year. Wow, and nobody noticed? That would be an event comparable to “the Rapture,” and yet somehow the mainstream media missed the story -though, let’s face it, they do miss an awful lot these days. In another strange incident, Mr. Biden introduced himself as a “candidate for the senate.” Is there some law against running for two political offices simultaneously? Did The Washington Post check with the Delaware Board of Elections? Or is the former veep just hallucinating?
Judging by his utterances, Bernie Sanders appears to be another advanced case. (Let’s be honest, he’s presented symptoms of kuru for decades.) This week, they were especially florid in the irrepressible rhapsodizing over Fidel Castro and the achievements of his regime in advancing Cuban literacy. One wonders how many Cuban-American voters in Dade County, Florida, read about that on their Apple news-feed. Did Bernie’s campaign staff tell him that he didn’t need Florida to win the election, or are they infected, too? Advice to Bernie Bros and sundry supporters: if you attend any of the Super Tuesday meet-and-greets for the candidate, avoid the chopped liver canapes. They may be somebody’s medulla oblongata.
Even Mike Bloomberg seemed to have something wrong with him, as when he virtually bragged to a national TV audience that he paid $50-million to “buy” the 2018 Democratic Party midterm election victory. There’s a sound-bite he’ll never recover from! But my diagnostician’s eye suspects another little known and exotic disorder: latah, defined in Wikipedia as follows:
“Latah: [A] condition in which abnormal behaviors result from a person experiencing a sudden shock. Latah is considered a culture-specific startle disorder. Similar conditions have been recorded within other cultures and locations. For example, there are the so-called Jumping Frenchmen of Maine, imu among women of the Ainu people of Japan, mali-mali or silok among Filipinos, and bat-schi among Thais. Persons with latah make movements reminiscent of behaviors normally peculiar to certain childhood developmental stages. The person is unlikely to remember anything occurring during the episode.”
Having to suffer the aspersions of all those kuru sufferers lined up against him behind their podiums, Mr. Bloomberg apparently snapped. Washington DC is a hot zone for many poorly understood diseases of the mind. Perhaps the White House corona virus team can spare a few NIH clinicians to look into these troubling matters.”
- https://kunstler.com/