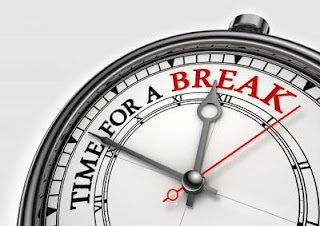 “How to Take a Break from Your Mind”
by David Cain
“Movies frequently scared me when I was a kid. Certain moments in “Gremlins”, “The Secret of Nimh”, and even “Willy Wonka and the Chocolate Factory” made my insides clench with fear. It was the worst of all feelings. Most other kids seemed completely unperturbed by these movies, which created the additional pressure, in certain birthday party or sleepover situations, of having to pretend I was totally not scared and in fact was quite enjoying myself.
While I wasn’t brave, I was clever. At some point I discovered a wonderfully effective trick for becoming invulnerable to movie scariness without looking away or covering my eyes. I would continue to look at the screen, but slightly cross my eyes, putting the screen out of focus.
This subtle move instantly broke any movie’s spell. Threatening gremlins and sword-wielding rats became soupy blurs, accompanied by disembodied sound effects. In an instant, I could dissolve the scary tale and turn it into moving shapes and sounds, freeing myself from the story’s emotional grip. In reality, the movies were only shapes and sounds, but now I had a way of choosing whether my emotions were tied to the events depicted by them. Whenever I wanted to, I could exit the swirling sea of emotional tumult – or jump back in.
I had no idea I was doing something I’d later learn in meditation halls: deconstructing a narrative experience into a sensory one, and moving my attention between these two levels on purpose. As adults, we spend a lot of time captivated by the stories depicted in our minds. It’s impossible to know for sure, but some studies suggest we spend more than half our lives lost in thought – that is, completely gripped by free-associating mental depictions of life, rather than life itself.
Often the subject matter is innocuous – idly rehashing this morning’s breakfast conversation, rewriting an email you sent off too quickly, or mentally recounting the merits of bike-commuting to a friend who resists the idea. Other times, the subject matter is threatening and painful, involving Future You experiencing certain universal human fears: illness, financial strife, disgrace and disrepute.
As with a movie, when you’re absorbed in a mental narrative, the emotions are real. Worry isn’t just the fear of future pain, it is a kind of pain. As Mark Twain famously observed: “I have known many sorrows, most of which never happened.”
This human capacity to suffer from imagined experiences does have a purpose – if we didn’t suffer at all until we became destitute, diseased, or ostracized, we’d probably do a worse job at avoiding those scenarios. A small amount of imagination-induced pain goes a long way, however. We don’t need to suffer as much as we do.
Trying not to think isn’t the answer. Just as I couldn’t shut off “Labyrinth” in front of my peers whenever the Goblin King appeared, you can’t shut off the mind whenever it gets caught up in worry or rumination. But you can break the spell in the same way I did – by shifting your attention from the narrative level to the sensory level.
The key is to remember that worry isn’t a window into the future. It’s a present-moment sensory experience in which the future is depicted. Your thoughts contain no future and no danger, just as a television screen contains no gremlins. Sometimes we want to be absorbed in the narrative level, of course, and to do that we must forget sensory experience. When you read a novel, you want to feel like the characters are real. You don’t want to be aware that you’re sitting in an Ikea chair, staring at paper.
When it comes to worried thoughts, however, it would be nice not to be helplessly tossed around by the story being depicted. The moment you notice you’re ruminating, you can drop to the sensory level with one simple move: move your attention to something your body is experiencing.
Your attention is like a flashlight, and you can simply shine it on something physical. Feel your feet on the floor, the nervous tingles in your stomach, or the contact between your sweater and your shoulders. Attending to anything in the body takes you to straight to the sensory level, breaking the fixation with the narrative level. You can’t pay attention to both at the same time.
My friend Daron Larson, a mindfulness teacher, recommends doing this regularly, taking little breaks from the narrative experience of worry by periodically moving your attention downward to discover what the body is experiencing. The point isn’t free yourself from worry by ignoring it for a few seconds, but rather to see that your attention has these two modes – narrative and sensory – rather than one, and you can move between them at will.
This mental mobility is one of the great gifts of mindfulness. With regular practice you can learn to live rooted in sensory experience, attending to the narrative level whenever it’s needed for making big picture decisions, getting swept away by it much less often.
If your attention seldom leaves the mental movie screen, you live at the mercy of whatever stories appear there. If those stories tend to depict danger, suffering, and things going wrong, then that’s what life will tend to feel like, no matter what’s really happening. In any moment, you can take a momentary break from your mind by attending to your body. Learn to move back and forth between the story and the senses. The more familiar this movement feels, the freer you are.”
- https://www.raptitude.com/
○
“Great Ideas for Mini Mental Breaks”