Finally, the nation is beginning to notice. Conservative columnist Jennifer Rubin nailed it recently with this:

“Republican voters have come to regard politics as a “fight” for their racial and cultural identity, not as lawmaking or problem-solving. We should not be surprised that they get rotten leadership and service as a result … they only want to “own the libs, and hate the mainstream media. That was what they wanted”

Remember the Hemp Debacle? While other countries, and U.S. states since 2014, grew the hemp industry, Wisconsin Republicans for the last 20 years left all that additional revenue and jobs behind, so they could trash hemp for the most ridiculous reasons: 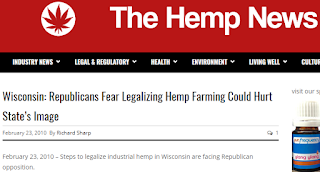 February 23, 2010 – Steps to legalize industrial hemp in Wisconsin are facing Republican opposition. All Republicans on the Assembly Agriculture Committee recently voted against a measure passed by the Democratic majority, which would allow Wisconsin farmers to apply for permits to grow hemp.

State Representative Al Ott (R-Forest Junction) says there are worries about the drug connotation of hemp, which could tarnish Wisconsin’s image. He says there’s also no infrastructure to support a market for the product. Ott says he understands farmers are struggling in the tough economy, but he doesn’t feel it’s time to dilute the agriculture industry.
It’s still happening today for a whole list of issues, for purely ideological reasons. It’s already a ridiculous problem:

1. Lost $25 million delaying the elimination of the one week waiting period for unemployment.
2. Losing $1.3 million a week bringing back the one week waiting period.
3. Wisconsin passed on $1.1 billion of our own federal taxes to expand Medicaid since 2014, leaving 82,000 without health care. Yes we have great health care, but we don’t have everyone covered by insurance.
4. Skipping $165 million in annual taxes legalizing recreational marijuana. 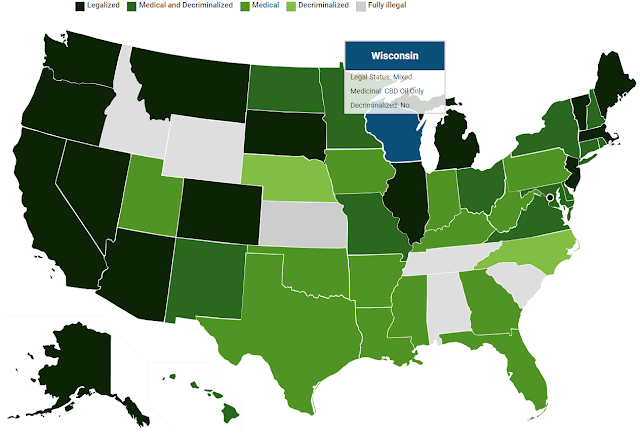 Evers said he was moving even further on the issue after seeing the revenue recreational marijuana has generated in border states.

“I’m particularly tired of seeing our tax dollars going across the border to northern Michigan or Illinois to go buy marijuana. I think the time has come. I hope the legislature will agree with us.”

Nope. Here’s the latest revenue and job killing “logic” put out by our do-nothing Republican “late to the party” legislators. Remember, people have been/and are still smoking marijuana, so the only thing that will change is the way we buy a safer and regulated product. Heck, Wisconsinites want pot:

Senate Majority Leader Devin LeMahieu: “Recreationally, no, I’m not [in favor of legalization]. I’ve heard from local law enforcement, law enforcement around the state have all taken stands it’s really dangerous to be legalizing marijuana recreationally at this point.”