The gerrymandered Republicans grotesque sense of entitlement is showing. These artificially created winners of the legislature now actually believe they really are the legitimate choice of voters.

Point #1; Governor Evers supports CHOICE, which represents ALL women in Wisconsin, even abortion opponents. And polling, year after year, has supported choice by a whopping 58 to 60 percent. 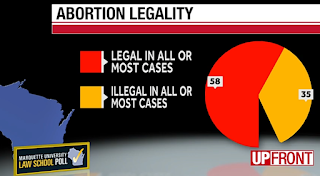 But in Bizarro World, where everything is just the opposite… 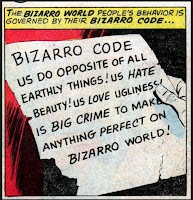 …the preposterous phony outrage spewed by meme governor candidate Rebecca Kleefisch, who only represents the 35 percent who oppose all or most abortions, she’s thinks she speaks for all women because, well, she is a woman:

Kleefisch says she doesn’t specifically support adding exceptions for rape or incest to the state’s 1849 abortion ban. “I will stand with the 1849 law that includes the exception for the health of the mother.”

The 1849 Upside Downers (Stranger Things reference): The arrogance is so obvious and the entitlement so overwhelming that she thinks 35 percent of abortion ban supporters speaks for all women.

The social implications will be dramatic now and a lot later, burdening women with the high cost of having a baby, maternity cost, childcare, probable penalties requiring work or minimum job searches to receive Medicaid or food stamps, and ultimately keeping women out of the work force. Especially at a time of low birthrates and labor shortages. Imagine keeping in contact with your rapist for child support for the rest of your life. Brutal.

“Pro-life” groups are now talking about funding some of the above services to lessen the impact of this decision around an election. We’ll keep watching.

Gov Evers support of Choice represents ALL Women: There really is no other way to look at this. Choice does represent everyone, even 1849 Upside Downers:

Actually, Gov. Evers was even more to the point…

Elizabeth Warren best Response: When I was in advertising, the biggest thing you could was first define your opponent. For every Democrats wondering how that’s done, here a BIG lesson from Sen. Elizabeth Warren, who identifies and defines her opponent first, showing genuine outrage, making it the first and last impression for the listener. THIS IS HOW IT’S DONE:
A few extra notes…