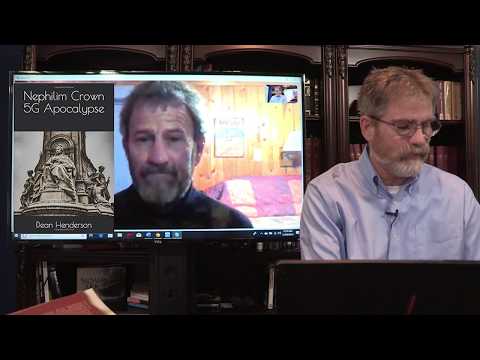 Nephilim Crown 5G Apocalyse is an indictment of the computer revolution as simply the latest mechanism through which the royal bloodline families seek to control humanity. The roll out of their well-tested battlefield weapons system known as 5G represents the pinnacle in their use of electro-magnetic frequencies to literally remote control what these feudalists have for 8,000 years seen as their human herd.
Since their intervention in Sumeria, these hybrid fallen angel Nephilim have usurped, steered and plundered all of Creation as self-appointed god/kings. The coming 5G apocalypse represents an opportunity for a great unveiling – the Greek meaning of “apocalypse” – of not only their nefarious 5G deception, but of the fraudulent Nephilim Crown itself.
This book is written with the hope that it contributes to this great unveiling so that humanity will seize this moment not just to stop the 5G fourth industrial revolution of the Fourth Reich, but to emancipate itself from its Crown overlords.