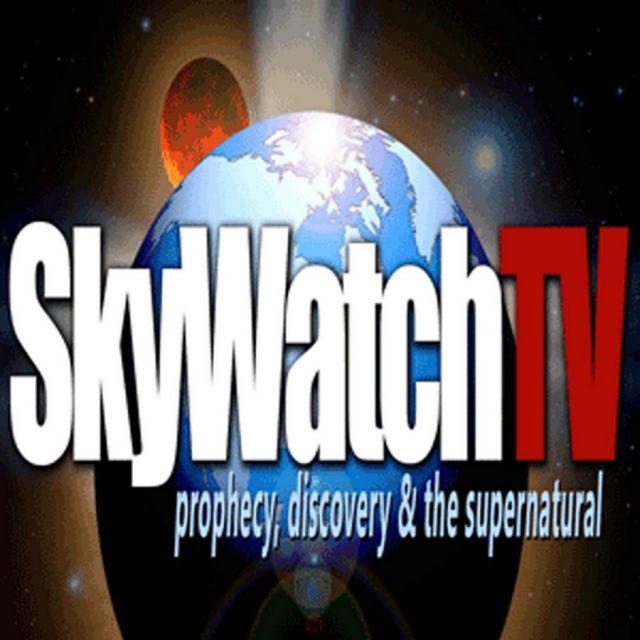 WHO OR WHAT is CHAOSKAMPF and the “GIANT LIVING CREATURES” in heaven? Will we see them SOON!?

Archaeology proves the link between chaos and the prophesied Beast with seven heads. Chaos is not just a state of disorder, it is a spirit being believed by the pagans of ancient Mesopotamia to be a seven-headed dragon called Tiamat, Bashmu, Yamm and, in the Bible, Leviathan.

The battle between a warrior-god and Chaos that led to the creation of the world is called by scholars the Chaoskampf. In scripture, the war is over by Genesis 1:2. But it is no coincidence that the beast from the sea in Revelation 13 is likewise described as a seven-headed chimera, which is exactly how dragons were depicted in the ancient world.

Loading...
"Not by might, nor by power, but by my spirit, saith the Lord of hosts." Zechariah 4:6
BEFORE IT'S NEWS ON TELEGRAM
GET THE TELEGRAM APP - https://telegram.org/ JOIN OUR CHANNEL - https://t.me/BeforeitsNews
Read it..
BEFORE IT'S NEWS
SIGN UP FOR OUR NEWSLETTER
Today's Top Stories
Military Planes Taking Deepstate Players To Gitmo!!! Trump Draining The Swamp!! Kraken Has Been released!!! (Must Video)
X22Report: Deep State Fantasy Land, Who Holds The Power, We The People, Operators Active! - Must Video
Robert David Steele: The Ultimate Sting Operation! - Must See Video
Google Is Censoring Everything! Look at What DuckDuckGo Returns!
A New Discovery in Egypt Confirms Planet X and its Imminent Return
Do You Know What Actually Occurred In Michigan Election Cert. U-Turn Last Night!? It All Changed When This Happened!
Major developments in key states | Sidney Powell
This Is What Happens To Cheaters Like Biden! Unmasking The Criminals Behind Election Coup Attempt! Must See!
All-powerful CDC calls for concentration camps in America, including the invasion of homes and neighborhoods
Mic Drop: Kayleigh McEnany Delivers Epic Response When Asked About Biden’s Inauguration! - Next News Network Must Video
Loading...
Featured
GEORGIA: Numerous Boxes of ‘PERFECTLY PRINTED OFF” Ballots That Were 100% Biden
James Perloff ~ Covid-19 And The Agendas To Come: Red-Pilled. Excellent Video!
Predictive Programming: Idiocracy Film Made in 2006 Predicted The Dumbing Down Of Americans And More! Funny Video!
Thanksgiving Banned?
Attorney Sidney Powell: Trump Had Up to 80 Million Votes! - Must Video
UN Warns Of Famines Of Biblical Proportions In 2021 As Some Americans Wait 12 Hours For Food! - Must Video
Sarah Westall: We Are Under Attack, They Want To Destroy America, CIA Tools Turned Against the People
Benjamin Fulford: New Company to Fill U.S. Military Vacuum
This Should Literally TERRIFY You! Internet DEATH Has Arrived! Senator Begs For More Conservative Censorship
Robert David Steele: The Ultimate Sting Operation! - Must See Video
Loading...
Top Global
Outbreak Alert: Ebola-Like Virus Jumps Human to Human In Bolivia
UN Warns Of Famines Of Biblical Proportions In 2021 As Some Americans Wait 12 Hours For Food! - Must Video
David Icke: There Is an End Game
Massive Protest in Berlin Against the New Orwellian Measures Using Covid as the Excuse - Links for November 18, 2020
The Depopulation Agenda To Exterminate Humanity. Great Videos To Understand Why Your Government Wants You Dead!
James Perloff : Rothschild's War on Christianity And How The Church Was Infiltrated. Excellent Video!
The United Nations and the Origins of "The Great Reset"
The People have Spoken. The Bastards!
and war start: China shot down Taiwan fighter two minutes after takeoff
Stamping on the ‘anti-vaxxers’ – a very stupid idea
Loading...
Top Alternative
US stocks close down sharply after sell-off in final minutes amid rising coronavirus cases
Ancient God of CERN, Galactic Clock, Soul Stations, Celestial Stargate Chairs Ra Castaldo
Draco Reptilians Eye Witness Testimonies
Outbreak Alert: Ebola-Like Virus Jumps Human to Human In Bolivia
It Was All a Sham! John Durham Reportedly Afraid of “Blowback” from Biden Admin So He’s Dropping “Russiagate” Probe, Even When “Multiple People” Should Be Indicted for Spy Op Against Trump
COVIDGATE: the Corruption of Clinical Trials (Part One)
Sebastian Gorka Live: You Don't Need a Mask if You're a Democrat! - Must See
25,000 Lined up for Food! Great Depression 2.0! Are You Ready for It? - Must Video
Democrats Caught Red Handed Across the Nation! Liars! Americans Roast Them for Total Hypocrisy! - Great Video
Biden Warns of a "Dark Winter" Amid the Coronavirus Pandemic