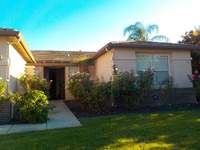 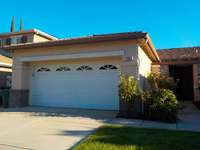 THE 2ND SIGN:
Deanna and I, were getting ready to head over to Tracy. Stopped at the Shell Station for gas and my car broke down. Something stopped me from going. My car is now up and running, but it’s way too late to head to Tracy now. I called Savica and planning to reschedule again. She will let me know by Wednesday, if we can come over next Saturday at 6pm.
RESCHEDULED:
This investigation was rescheduled, since we had so much trouble the first time around in getting over to Savica’s home. The date is 9/11/2021. Deanna Jaxine Stinson aka Wishfire and I, showed up at 5pm today. Savica had Starbucks coffee, diet soda and pastry waiting for us. She explains to us that she believes her sister cursed her home. Misfortune has fallen upon her after the curse. As Deanna did a walk through, as a psychic medium, she receives information from animal guides that manifest while she does her walk through. The animal spirits that manifested were as follows (with explanations on what they symbolize):
White Fox: Deanna detects a white fox and this is a symbol of purity.
Red Pheasant: Deanna later sees a red pheasant and that symbolizes being brave.
Black Cat: This could either represent a bad omen (like the curse) or something positive that healing energies are entering into Savica’s life.
Deanna also encounters a “dwarf man” running through the house and this could be connected to the curse. While we were investigating through the house and into the backyard, the fence breaks off on its own and again, this could be connected to the curse. Finally Deanna sees an odd blue light that flashes out from a back room. We did an EVP sweep of the house and when we got to the computer room, Deanna starts describing a man and Savica tells us the man that Deanna is describing is her father. At that time I get an EVP of a man saying “right here” when I asked if Rog is here. Rog is Savica’s deceased father. Deanna also smelled a cherry cigar. Savica did not know why Deanna would smell a cherry cigar. Savica tells us that rumor would have it, that her home is built over Indian burial ground. The Indians that lived in the Tracy, CA area were tribes of Yokuts.
THE CLEANSING AND BAPTISM:
Deanna conducted a metaphysical cleansing of the home. I conducted a Roman Catholic house blessing and performed a “sprinkling on” baptism, because Savica feels aches and pains throughout her body, after her home was cursed. When I placed the cross on her forehead, an intense heat from the cross went through her forehead and went throughout her body. Savica contacted me by phone at 9:15pm to tell me that after the cleansing and the baptism, the pain in her body has been reduced considerably and she couldn’t thank Deanna and myself enough for everything that we did for her tonight.
PROMOTIONAL INFO:
This has nothing to do with the paranormal (well, maybe it does), but I have to tell you, a new exciting HBO TV series, The Nevers is out. August, 1896. Victorian London is rocked to its foundations by a supernatural event which gives certain people — mostly women — abnormal abilities, from the wondrous to the disturbing. If you have the time, check this new series out!