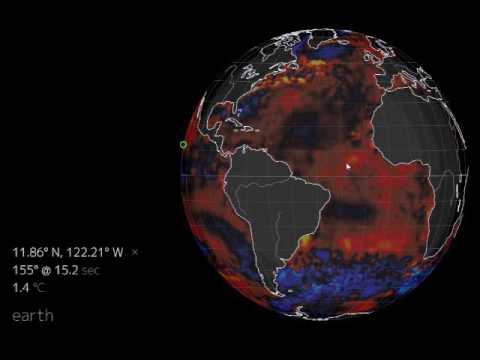 If you look at the history of the earth, there are earth changes every 12,000 years that are also called ELE (Extinction Level Events). Events in which countless life forms on Earth disappear and we are also now in such a period according to Niburu.

Something is already going on at the moment. And that something has everything to do with the Earth’s magnetic field and the magnetic poles. That could be one of the reasons, for example, that so many fish and other marine life are stranded, because their orientation point has changed position.

The North Magnetic Pole has been in a restricted area in northern Canada for centuries, but that has changed. And no small change either, because the magnetic north pole is now moving towards Siberia at unprecedented speed

In the Atlantic Ocean between South America and Africa, there is a vast region of Earth’s magnetic field, called the South Atlantic Anomaly (SAA), that is about three times weaker than the field strength at the poles and has decreased in strength by a further 6%, as well as moving closer to the west.

According to ec.europa.eu the geomagnetic field has been decaying for the last 3,000 years,’ said Dr Nicolas Thouveny from the European Centre for Research and Teaching of Environmental Geosciences (CEREGE) in Aix-en-Provence, France. Historically, there was a 5 percent decline per century, which is now 5 percent per decade. If it continues to fall down at this rate, in less than one millennium we will be in a critical (period).

If Earth’s magnetic field were to decay significantly, it could collapse altogether and flip polarity – changing magnetic north to south and vice versa. The consequences of this process could be dire for our planet, first starting with our communications satellites in the highest orbits which go down and the most worryingly, we may be headed right for this scenario.

Whether this will eventually culminate in a magnetic pole reversal is perhaps less important than the fact that every time in our history when the magnetic north pole moves, violent things happen.

It happened about 12,000 years ago when things happened that caused the climate to change rapidly and various life forms disappeared from the earth.

If you go further back in history, you will see that this pattern repeats itself.

A channel on Youtube that has been dealing with the above issues for years is called Suspicious Observers. As you can see in the video below, we are currently in a period that occurs once every 12,000 years.