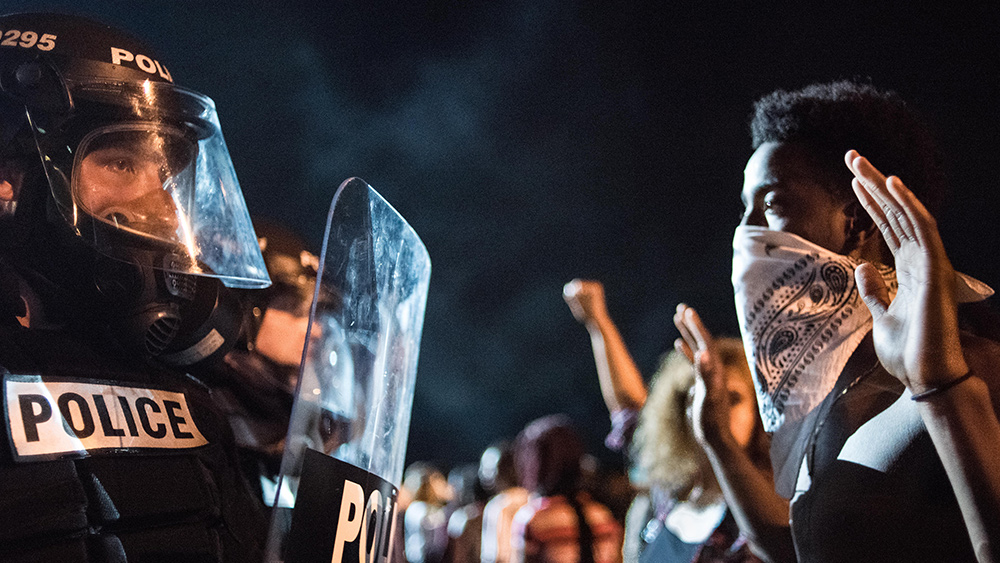 (Natural News) Things are really heating up in Australia, which has quickly become one of the most medically fascist places on earth thanks to the Wuhan coronavirus (Covid-19).

Police officers in Melbourne are reportedly opening fire on protesters, blasting them with rubber bullets for their opposition to the highly oppressive mask, vaccine and distancing mandates that were reinstated due to the “delta variant.”

As you may recall from last fall, Melbourne was ground zero for Fauci Flu tyranny. Politicians were calling for the arrest of anyone who dared to break quarantine, and residents were told that they had to wear a mask even outside in order to do anything outside of their homes.

Just when it seemed like everything was going back to normal, along came the delta variant, which by all appearances spawned from the “vaccines.”

Now, Aussies are being assaulted by law enforcement for trying to take back their rights. Some are even being snatched off the streets – watch the video below – as punishment for making their voices heard.

In another video captured from a different angle, you can see Melbourne police officers all geared up with machine guns like they are fighting terrorists. Telling the truth about the plandemic and standing up for your rights is apparently now considered to be “terrorism.”

Any police officer who tyrannizes covid protesters is a treasonous fascist

Bystanders present during the incident captured protesters running away from the SWAT-clad officers who continued to shoot rubber bullets at them while they attempted to flee the scene with their backs turned – watch below:

In another scene, protesters were seen getting abducted by police and taken away, possibly to one of Australia’s new Wuhan coronavirus (Covid-19) concentration camps – watch as protesters were pummeled to the ground by the fascists:

“For clarification: this is NOT military,” one Twitter user felt compelled to write since the Melbourne police officers were seen clad in full-scale military gear.

“This is a specialised unit in the Victorian police force called the SOG – specialist operations group. They are basically in layman’s terms the SWAT team.”

One individual, a construction worker, was shot in the back by a SOG goon. You can hear his story and see the damage below:

It is also worth your time to watch the interview below as it contains eye-opening revelations about the situation on the ground in Melbourne:

Even a media reporter was assaulted by the SOG while trying to film a segment about the clash:

Anyone who still “backs the blue” after seeing this kind of thing should probably reevaluate to whom they are paying their allegiance. This kind of behavior is not okay, and if law enforcement gets a free pass to continue, things will only get worse.

It starts in other countries and eventually comes to the United States. We have seen this kind of thing before which is why American patriots must remain vigilant in the fight against medical fascism – otherwise it will never end.

“The protesters need to rush the gestapos and strip them of their equipment,” wrote another. “There is strength in numbers.”

Another commenter emphasized that what we are now witnessing in Melbourne is nothing short of actual fascism – not the fake fascism that the “anti-fascists” (Antifa) pretended to fight following the staged death of George Floyd.

“It will be a long, difficult struggle but freedom is worth it and there is no point in living under tyranny unless you are fighting it,” this person wrote. “Australia used to be a great place: laid back and the people enjoyed life. But then came the communists and the globalists who are now enslaving the people over a fake and dangerous gene therapy.”