THE MAYOR IS NOT CALLING ON THE ARREST FOR ALL JEWS

DeBlasio Stated: “The Time For Taking Is Over.”

these are the exact words of Adolf Hitler before he began rounding up Jews, Blacks, Latino’s, Orientals, Gypsies, Church Goers, Polish, Russian, and all others whop opposed him and his Dictatorial NAZI Party.

Are The Demon-Crats Now Ready To Begin Their Arrests Of these Americans while President Trump sits in hiding ignoring GOD?

Is this how the destruction of America Begins – a President in hiding while Fever Patients in New York City Hospitals are given Lethal Injections and Jews Get Rounded Up For Concentration Camps Run By FEMA (SS)?

Is this 1938 All Over Again with an Invasion Of China Pending?

The Democrats seem to think so as they unite with Dictator Of  China – the New And Improved SXi Jinping. 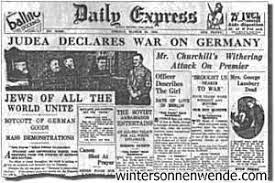 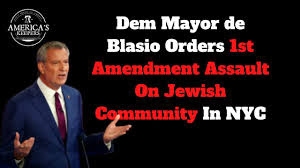