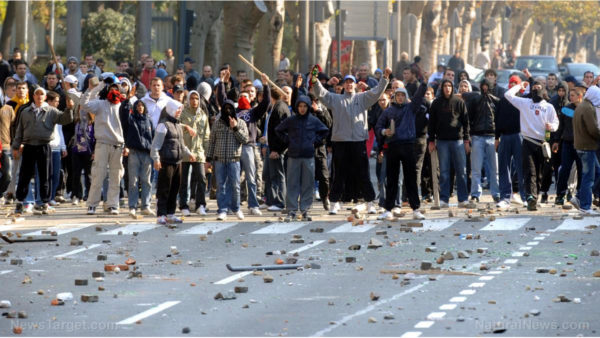 (Natural News) The home of Cheryl Selby, Democratic mayor of Olympia, Washington, was vandalized by Black Lives Matter rioters. Selby then described the incident as “domestic terrorism.” On the night of June 19, a large group of black-clad rioters made their way into Olympia’s South Capitol neighborhood, where Mayor Selby resides. There, the rioters began chanting “abolish […]

The post BLM rioters in Olympia, Washington vandalized their mayor’s home in an act of “domestic terrorism” … but she still DEFENDS them appeared first on DC Clothesline.

Source: https://www.dcclothesline.com/2020/06/21/blm-rioters-in-olympia-washington-vandalized-their-mayors-home-in-an-act-of-domestic-terrorism-but-she-still-defends-them/
Before It’s News® is a community of individuals who report on what’s going on around them, from all around the world.