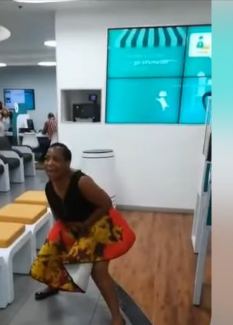 A dispute at a Verizon store in Roseville, California, involving a woman who refused to wear a face mask escalated when she urinated on the floor and refused to leave, according to a 911 call obtained by CBS Sacramento.

Three people at the Verizon store were “refusing to leave, not wearing a mask… they’ve asked several times and she refuses,” a 911 dispatcher told police

“They’re calling back and advising that that female is pulling down her pants and is now urinating inside the business,” the 911 dispatcher later said.

A police dispatch operator in Roseville told officers that three people “are refusing to leave, not wearing a mask … they’ve asked several times and she refuses,

“They’re calling back and advising that the female is pulling down her pants and is now urinating inside the business,” the operator adds a few minutes later.