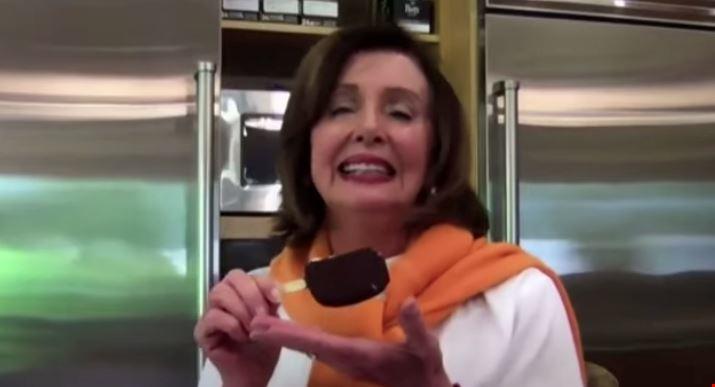 After rejecting a $1.5 trillion bipartisan stimulus compromise supported by 50 House lawmakers, Speaker Nancy Pelosi (D-CA) vowed to hold the chamber hostage - announcing that the House will remain in session until the parties reach an agreement on the next round of coronavirus relief.

During a conference call with the House Democratic Caucus, Pelosi said she wouldn’t accept a “skinny” deal – and would instead extend the chamber’s calendar until a deal she approves of is struck, according to The Hill.

“We have to stay here until we have a bill,” she told lawmakers.

The surprise development reflects both the severity of the public health and economic crises caused by the coronavirus pandemic and the growing pressure Pelosi is facing from the moderate wing of her party, which is clamoring for leadership to vote on another aid package before Congress leaves town again for the elections.

The practical effects of the announcement, however, will likely be slight.

House Majority Leader Steny Hoyer (D-Md.) acknowledged that most lawmakers will likely return to their districts when the scheduled session ends on Oct. 2, leaving party leaders seeking to hash out an agreement with the White House. If such a deal emerges, then members would be called back to Washington. In that sense, the dynamics would look very similar to those surrounding the long August recess, when the Capitol was all but empty. -The Hill

In other words, House Democrats are going to tell Pelosi to pound sand until an agreement is reached.

Pelosi’s intransigence has ruffled feathers within her own party, as Politico reports that her hardline approach to negotiations – demanding $2.2 trillion at latest count, has frustrated rank-and-file Democrats.

Pelosi’s stance is increasingly putting her at odds with moderate members in her caucus, some of whom are growing more vocal in their anger by the day and with less than two months before the election.

A call between the centrist New Democrat Coalition and leadership grew heated Tuesday as Pelosi and House Majority Leader Steny Hoyer (D-Md.) defended their posture, even as several lawmakers pleaded for them to change tacks in the coming weeks.

Rep. Kathleen Rice (D-N.Y.) pressed Pelosi on why members wouldn’t stay in town waiting for a deal, to which the speaker told her to “take a poll of your colleagues,” according to Democrats on the call. “I’m always here,” Pelosi added. And the exchanges only grew stormier after Pelosi dropped off and Hoyer took over. -Politico

“My conviction is to actually do my goddamn job and come up with a solution for the American people,” said Rep. Abigail Spanberger (D-VA), who added “We have to bring something to the floor.”

Hoyer, meanwhile, has privately urged Pelosi to reconsider her strategy – though he said “I don’t want to undermine Nancy in any way” several times on the House Democratic Caucus conference call.

Other Democrats voiced their displeasure as well.

Freshman swing district Democrat Rep. Kendra Horn (D-OK) said “What truly ‘falls short’ is doing nothing. It is flatly unacceptable that congressional leadership is not at the table when businesses are closing, Americans are out of work, and families need help. The political games have to stop.” (via Breitbart)