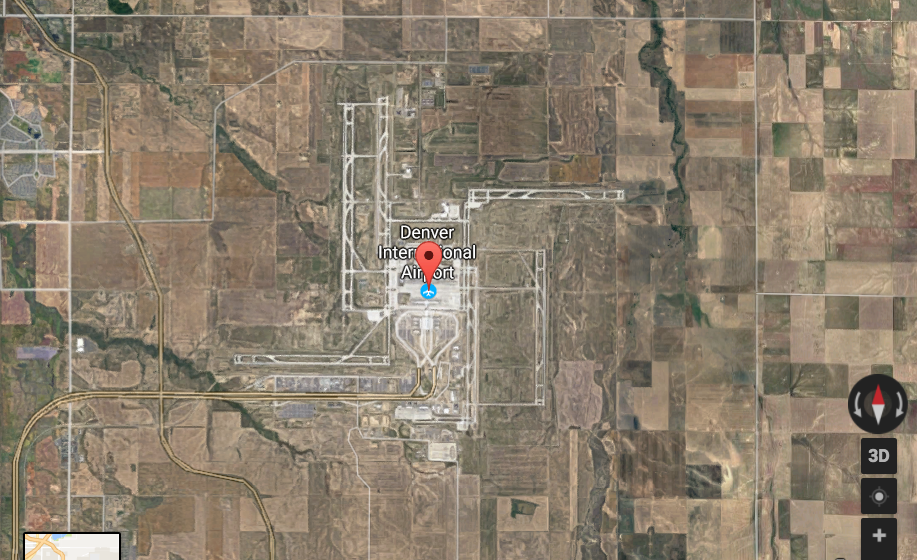 The Secret Of Denver International Airport is that it houses the largest underground bunker in the US.
The airport was built in the middle of nowhere despite having a perfectly good, functional airport 19 miles closer to the city. The construction of which went way over budget. And in flat lands they moved about the third of the earth they moved to build the panama canal.
Coincidently located 120 miles from Cheyenne mountain, a well known government underground survival bunker, which is linked by tunnel to the airport 120 miles away.
Inside the airport you will find very strange disturbing paintings. Especially disturbing for an airport. A place where you would think the designers would choose calming images as nervous travellers board airplanes.
Instead the sculptures and paintings show the end of the world, people living in basements, refugees above ground, and a man with an eagle and a AK47 killing the dove of peace. Burning bushes and people in coffins.
The art shows the true purpose of Denver International airport. An underground shelter to escape what is depicted in the paintings. The end of the world.
Why put these clues in the airport? They want people to survive who have certain types of perceptive skills.It is not a bad idea to build shelters for any type of natural event. Or as depicted in the paintings a forced destruction of the planet.
Also: You Might be Living in One of America’s Death Zones and Not Have a Clue About It !
Regardless of motive, the building stands with clues to the purpose. They cant tell everyone about it as there is not enough room. They could at lease warn people to build their own shelters or make arrangements. As I have stated before.
Regardless if you feel something may or may not happen in 2021 or any other time. It would be wise for us, a population of human beings, hurtling through space on a big rock, to make some kind of shelter from the elements.
Secret Phil Schneider and Alex Christopher photos from beneath Denver International Airport 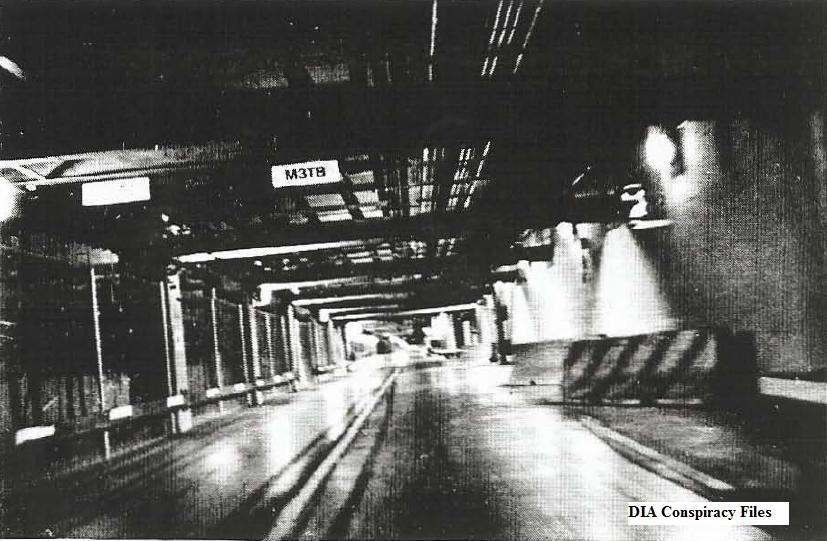 In 1994, Alex Christopher and Phil Schneider gained access to the underground facilities beneath Denver International Airport before it officially opened.
Below are some of the photos they took, along with commentary written by Ms. Christopher in 1995: 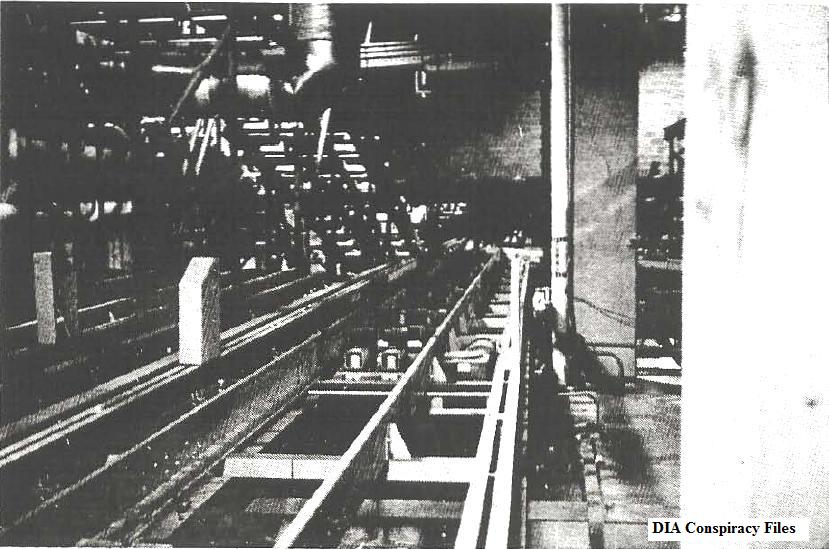 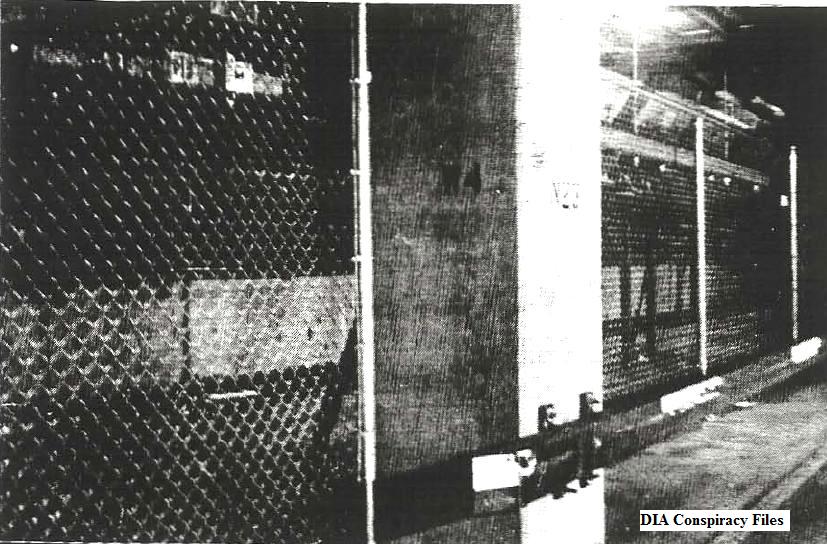 Phil Schneider is an engineer who had been involved for many years working in construction for the Industrial Defense Complex building giant “Deep Underground Bases.” He told me that he had been offered the position of head engineer for the construction of the base that was to go under the new Denver International Airport back in the early 80s. 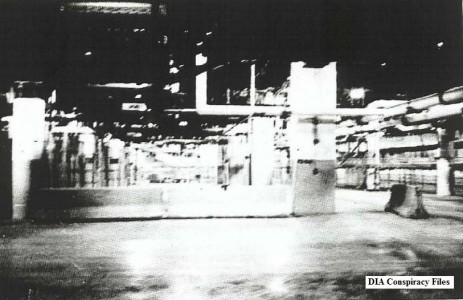 Phil Schneider pointed out many things to me, such as, on the lowest level we could go into in the underground was very hot, not cool like a basement.
Also: List of DUMBs by State – Complete List of Military Underground Bases in USA
He said it was hot because there were many level below it and the heat from there was rising from below us. 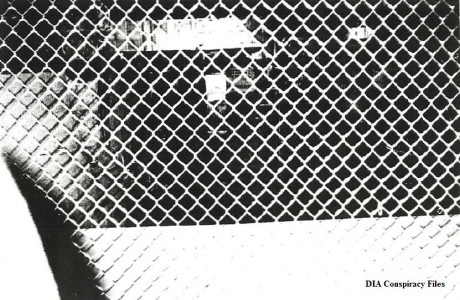 As told to me by a person that worked with one of the construction companies, there are five secret underground buildings with a depth of from 75 to 120 feet on each one, all with interconnecting tunnels to each other and with 2.50 to 3.00 mile long and 16 feet wide. I have even been told of a huge forty foot diameter tunnel that was already constructed and in place in this area and is believed to connect with “Dreamland.” 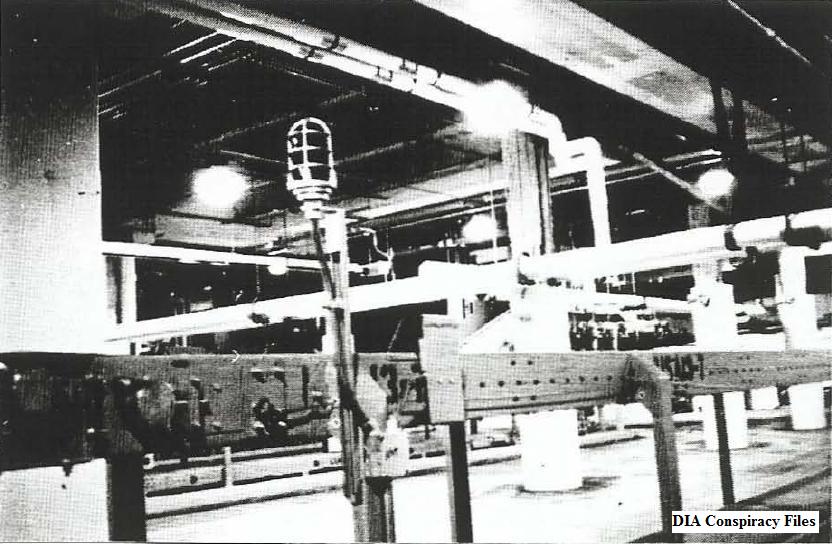 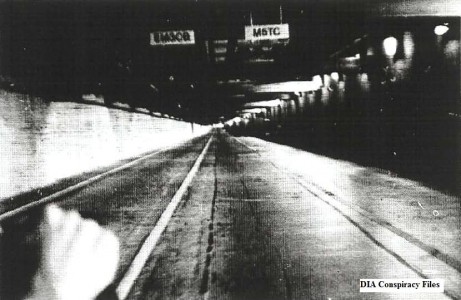 He looked at the electrical panels as we passed them and a crew of electricains were working on the panesl and he said they were N.S.A. and that the size of the panels would indicate that there were at least eight levels below this lowest level and that we were on in the the Denver International Airport underground. 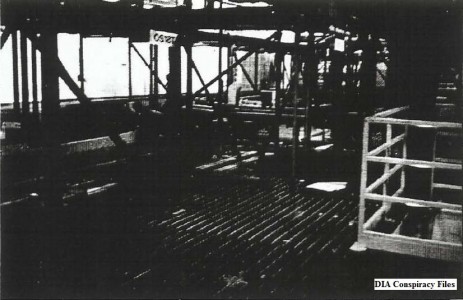 I will tell you this–it is strange down there under Denver Airport. This airport underground puts out a set of feelings. I can’t tell you if what I am picking up there are things that are going on underground in that area at this time, or if I am picking up what has happened there in the future which we have not arrived at yet. 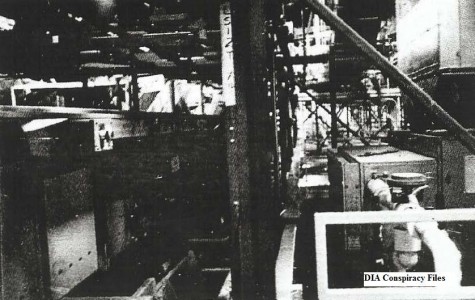 There are two secret runways longer than any of DIA’s runways. A source who worked for Bechtel Corp, who helped build these told of the $50 million high tech runways that were built in the wrong place in 1990 and then covered up with about 4 inches of dirt. They will possibly uncover them someday soon to be used. 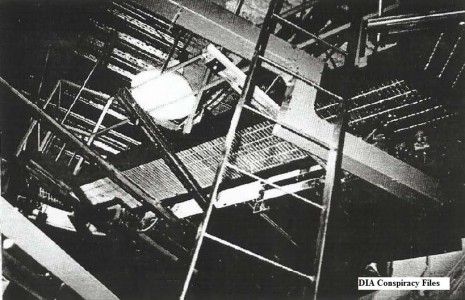 Schneider said the [plans] for the complex were for hundreds of miles of underground roads, all connecting with high-speed bullet trains that can go at “Mach” speeds. He also went on to tell me that most of these bases are now jointly occupied by humans and either ancient earth races or alien races. According to him, these underground bases are to serve many different purposes, such as medical research labs, prisons, work camps, military accommodations, food storage, etc. 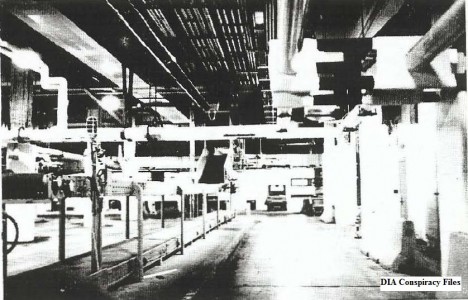 Schneider told me about the time when he was in the battle in an underground cavern where they accidentally broke into a nest of the large grays aliens. The one thing that I remember so well is the description of the large gray’s eyes. 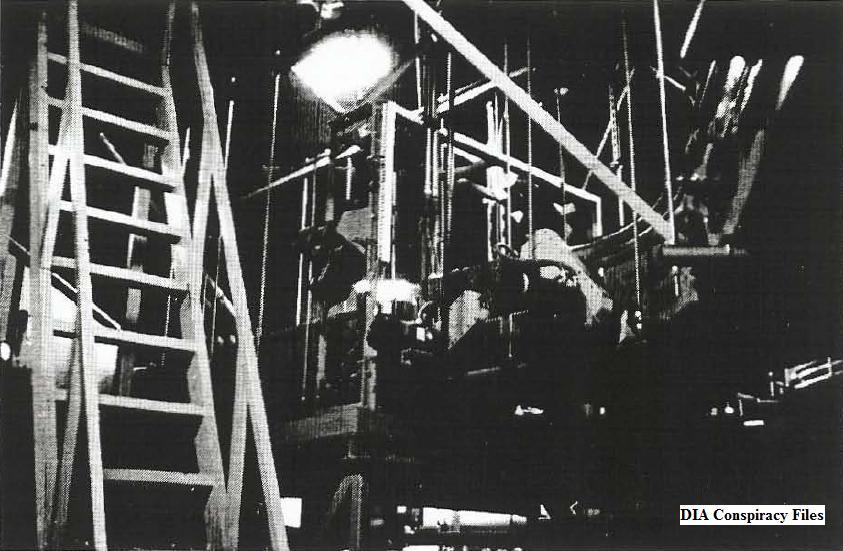 He said that in the fight with them, one of them that he killed, the eye shields popped and and revealed yellow snake eyes with the up and down type of pupil like a reptilian. 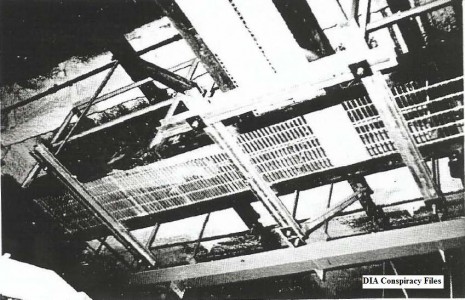 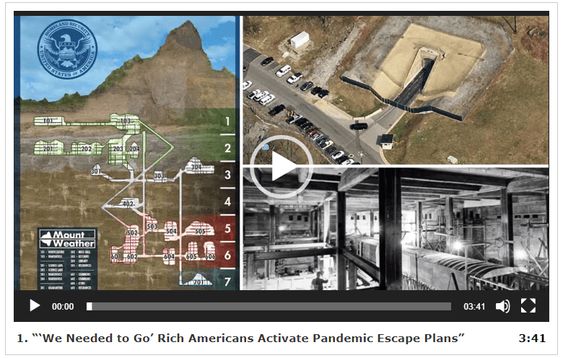 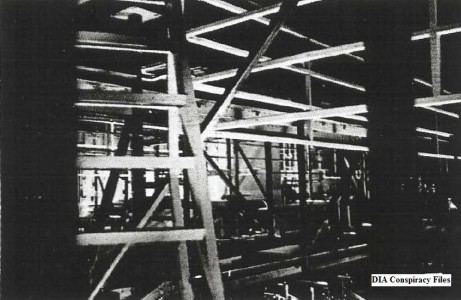 He also discussed the underground bases/prison camps. He said there are thousands of children being used in these underground prison camps and that when they are physically all used up and can not go on, that the nasty Draco’s kill, slaughter and eat them on the spot. 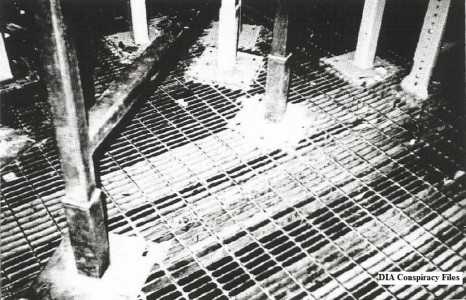 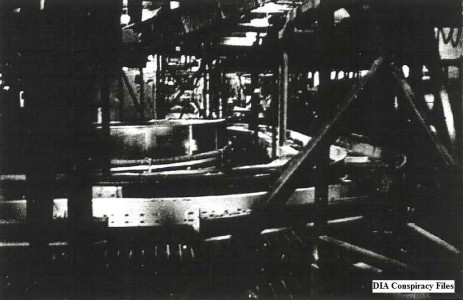 The part of the covert government/CIA etc. that are involved with the underground bases that are jointly occupied with these agents and negative aliens have been for years working together to create a most deadly biological/germ warfare product.
They have found that by using glandular secretions from the aliens to create the biological weapon that is totally deadly to humans while it has not effect on the aliens. And of course there is no antidote or if there is, the government is the only one with it. 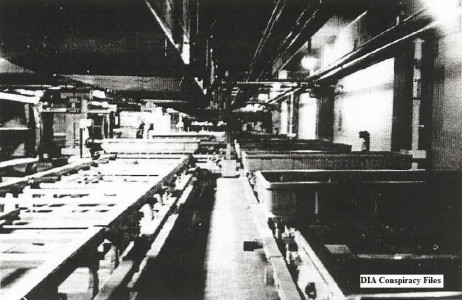 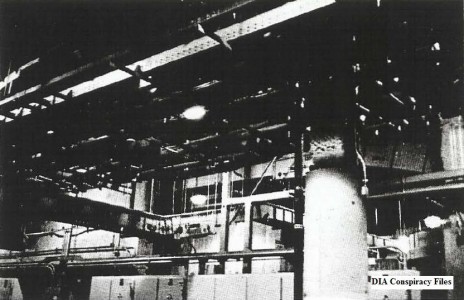 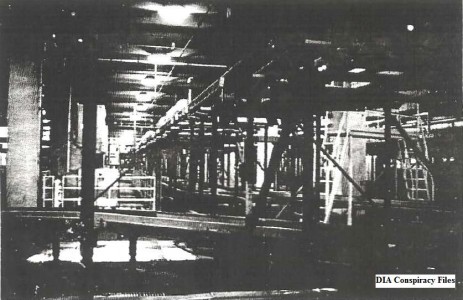 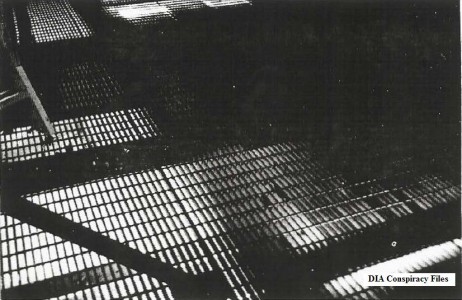 Below is a picture of one of the long four sided concrete tunnels at the Denver International Airport that runs along adjacent to the tram tunnels. There is only one entrance into this concrete tunnel under DIA from the tram tunnels.
Also: Run For The Hills! Bunkers For The Elites Hiding From Judgement Won’t Hide Them. . .
One end is open in the working areas of the underground and at the very end of the tunnel where the line ends at Concorse C, there you will find a huge steel door that is large enough for a dump truck to enter. The steel doors open onto 55 square miles of open flat empty land that could be used for anything. 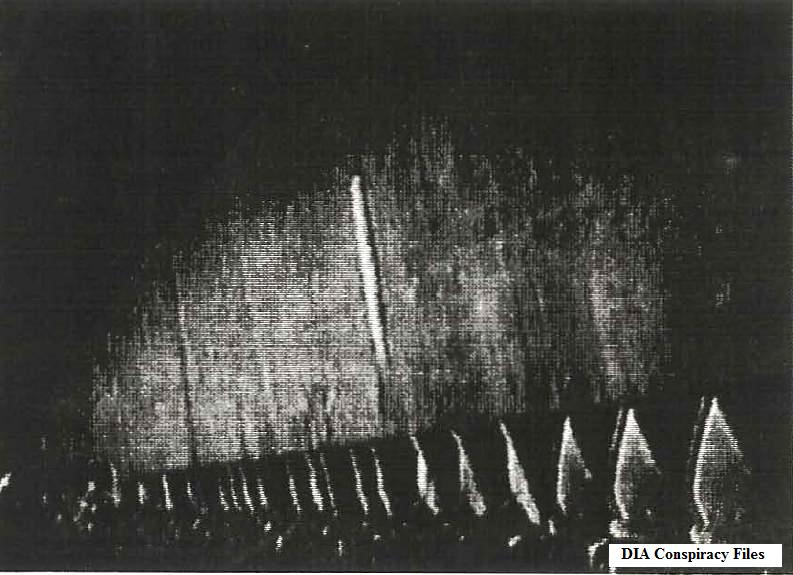 I hope you can sleep well knowing this information, as for myself, I sleep very little. – Alex Christopher.