EBOLA INFECTED MONKEYS ON THE LOOSE

100 MONKEYS ON THE LOOSE IN PA INFECTED WITH EBOLA ?

A public health risk assessment was conducted by several organizations including the CDC; confirming the escaped monkeys were humanely euthanized. 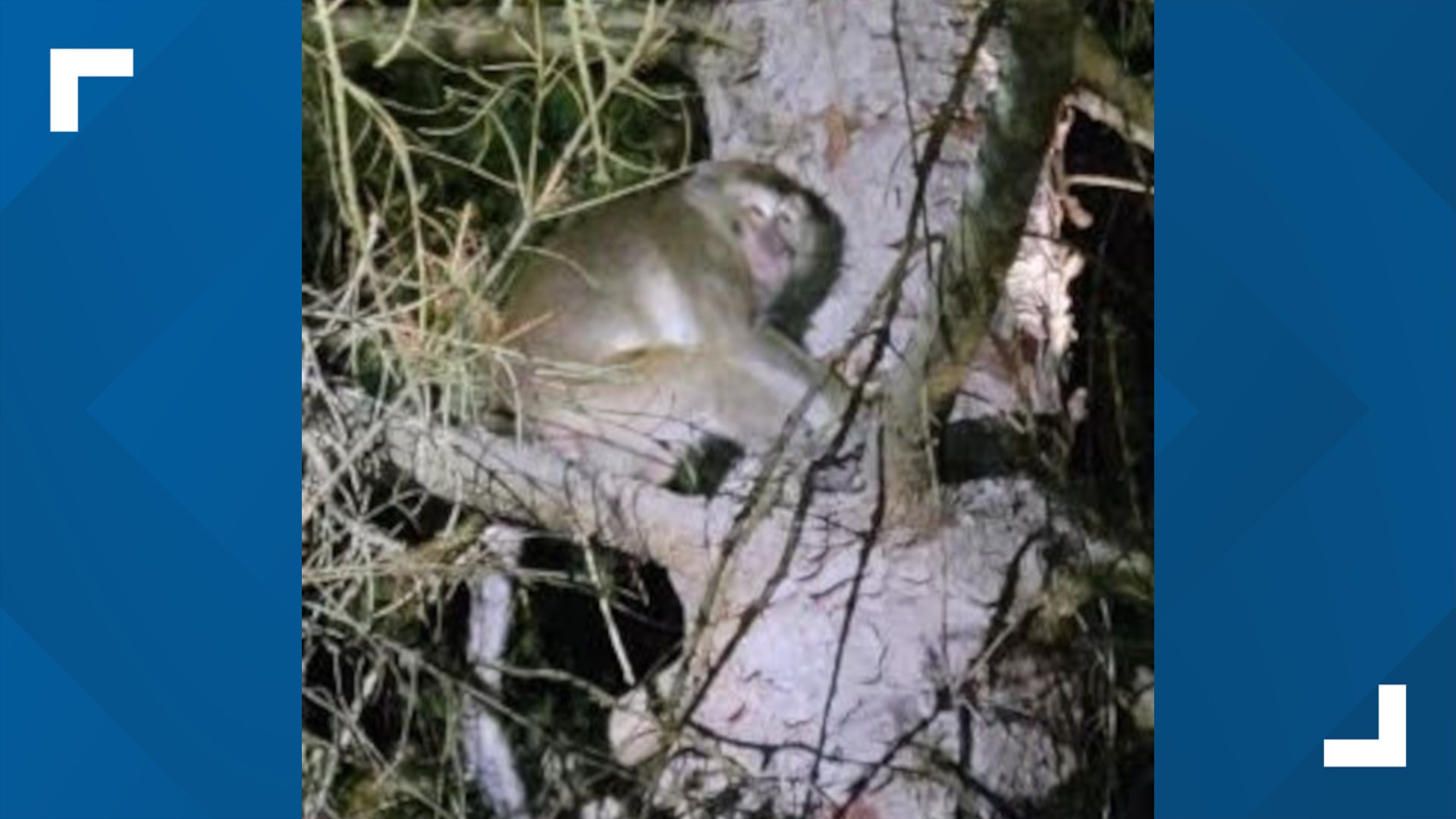 CDC: Three monkeys caught and shot dead by police after crash near Danville

DANVILLE, Pa. — Three monkeys that had been lost along the interstate in Montour County are all accounted for, all of them now dead.

A public health risk assessment was conducted by several organizations including the CDC.

They confirm the escaped monkeys were humanely euthanized.

The monkeys escaped after a truck carrying about 100 of them collided with a dump truck Friday afternoon along Route 54 just off Interstate 80 near Danville.

“We’re rural Pennsylvania. We hear about like cows getting out and you know pigs and trucks like that wrecking, but Monkeys it’s not a common everyday thing,” said Jessica Wright, Danville.

According to a CDC spokesperson, the monkeys were en route to a CDC-approved quarantine facility after landing Friday morning in New York. They are originally from Mauritius, a country in eastern Africa.

The crash happened around 3:30 p.m. Friday afternoon, that’s when the three monkeys got free in the Danville area.

Police say the driver who was transporting the monkeys was charged in the crash.

Originally, state police told us four monkeys were on the loose.

As of Saturday afternoon, some people were still worried.

“Little monkeys, we got bears, we have coyotes, we have deer, you know all the time. A little 3-pound monkey doesn’t scare me, but why are they so concerned about it is what concerns me,” said Howie Lerch, Valley Township.

Friday night Newswatch 16 spoke with Michelle Fallon of Danville, who saw the entire accident. She jumped into action; helping both drivers and the loads they were carrying.

“I walk up back on the hill and this guy tells me, ‘Oh, he’s hauling cats. I said, ‘oh.’ So I go over to look in the crate and there’s this green cloth over it. So I peel it back, I stick my finger in there and go ‘kitty, kitty.’ It pops its head up and it’s a monkey,” Fallon said.

Fallon was contacted Saturday by the CDC and was told to monitor herself for any cold-like symptoms.

She shared the letter from the CDC with Newswatch 16; it reads in part that, “the surviving monkeys will be quarantined and will be monitored for infectious diseases for at least 31 days before their release.”