THIS IS A BREAKING UPDATE ON THE REINER FULLMICH STORY POSTED YESTERDAY (click here to watch yesterday’s EPIC Pt 1 video)! CHECK OUT THE OTHER AWESOME VIDEOS BELOW THIS ONE WHEN YOUR DONE!

“This is INTENTIONAL, PREMEDITATED MASS MURDER!” There’s absolutely no doubt about it because nothing else makes any sense,’ said attorney Reiner Fuellmich. ‘We’re going to get them!’ In this FANTASTIC UPDATE EPISODE, we learn thatReiner Fullmich and his POWERHOUSE TEAM of attorneys are charging the world’s most powerful health figures with genocide, citing a range of statistics on the effects of COVID “vaccines” and policies. This is a group that includes former Pfizer vice president Dr. Michael Yeadon, who filed a complaint with the International Criminal Court (ICC) on behalf of UK citizens against Boris Johnson and UK officials, Bill and Melinda Gates, chief executives of Big Pharma companies, World Economic Forum executive chairman Klaus Schwab, and others for crimes against humanity.

Through all of this, they’ve learned WITHOUT A DOUBT that spike protein is one of the most contrived toxins or poisons that man has ever made. And the aim of this toxic is to kill billions without anyone noticing it. So it’s an poison with an agenda. Now we’ve got an engineered virus and we’ve got a mandated vaccine that follow on each other. They have engineered a virus and put on this weapons great package on to it called spike protein. Dr. Reiner Fuellmich states unequivocably that these new findings are enough to dismantle the ENTIRE Vax industry – and the New World Order! He goes on to say that Tthe experimental ‘Killer Jab’ is in violation of all 10 of the Nuremburg Codes which carry the death penalty for those who seek to violate these International Laws.

Patriots, get ready for the LATEST BOMBSHELL UPDATE with Dr. Reiner Fullmich! This is a 3-PART COMPILATION, in which Dr. Reiner Fullmich confirmed that an INTERNATIONAL TRIBUNAL will be starting as early as next week. He goes on to say that SEVERAL LEGAL ACTIONS are also taking place in South Africa, India, Poland, and Canada. Bill Gates faces the death penalty in India, but you will NOT hear a word in the complicit mainstream media about that, let alone the fact that Anthony Fauci, Dr. Tedros, General Director of WHO and Mr. Christian Drosten (the lying idiot who pushed the useless PCR test to no end) ARE ALSO FACING THE DEATH PENALTY! This video also includes an interview of tremendous hope enhanced by a SPIRITUAL FORCE that will turn a seemingly IRREVERSIBLE and DEMONIC PLAN to DUST!

This interview BLOWS UP the fake news narratives and DROPS A MOAB on the EVIL DOERS of this DYSTOPIAN & NIGHTMARISH FARCE and was IMMEDIATELY CENSORED & REMOVED by YouTube and Facebook (also complicit in CRIMES AGAINST HUMANITY)! Dr. Fuellmich of the German Corona Investigative Committee, explains in FANTASTIC & VIVID detail what the Committee’s first lawsuit will accomplish. He says many people are calling it Nuremberg 2.0!

In this MIND-BLOWING interview, Dr. Fuellmich also talks about spirituality, which he believes will play an important role in humanity’s evolving and winning this case; in not giving up and in a future new society which Reiner believes will be based on local or regional societies, with local supplies, and regional trade. Dr. Fuellfeels that about 30% of the population are awake and can no longer be fooled, while another 40% are in the process of waking up – demonstrating throughout Europe, what has so far been mostly hidden by the mainstream media, and CAN NO LONGER BE SILENCED!

THE VIRAL, EPIC CABAL-19 SERIES EP1 – EP3 ARE ALSO AVAILABE HERE ON B4IN! CLICK ONE OF THE THUMBNAILS BELOW & Enjoy the shows right here on Before It’s News! 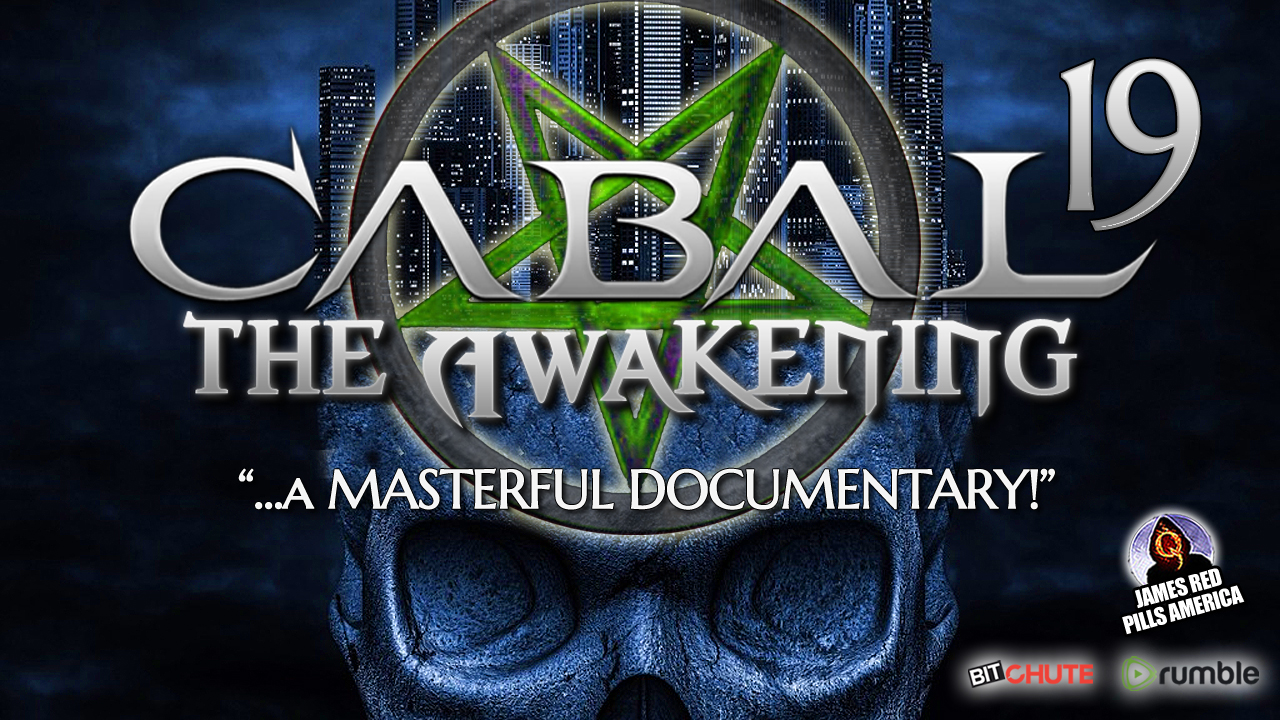 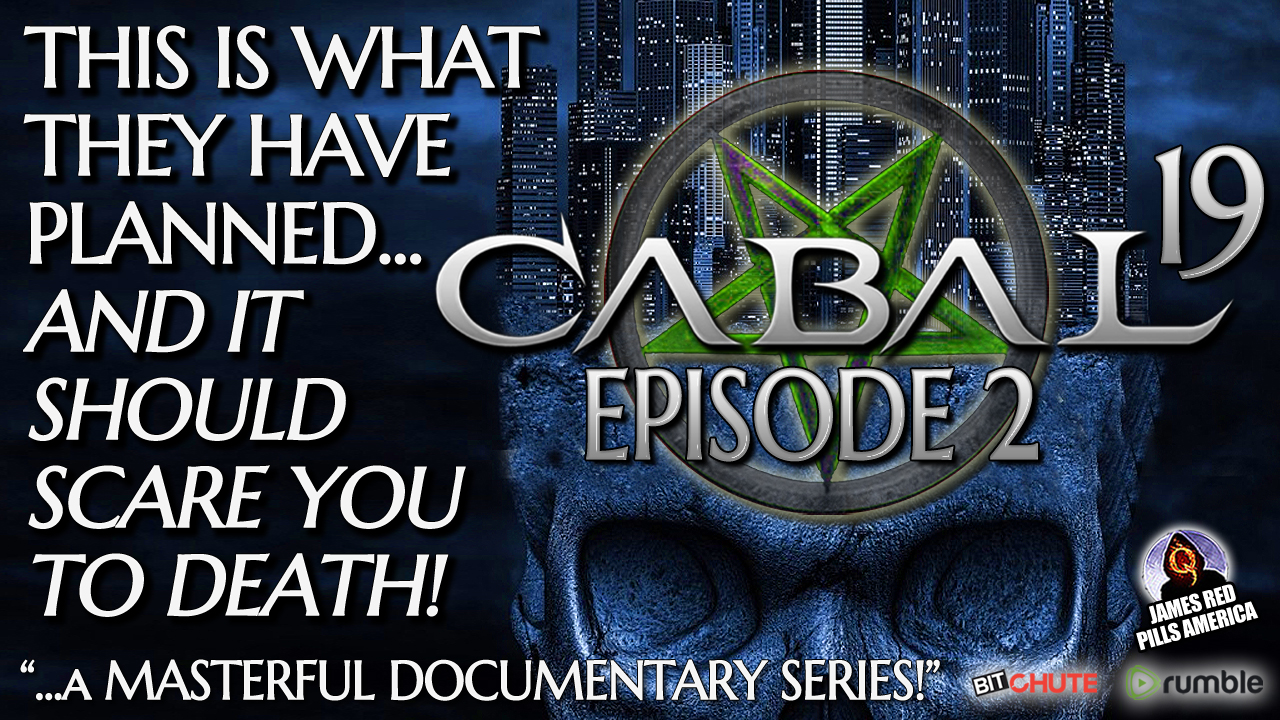 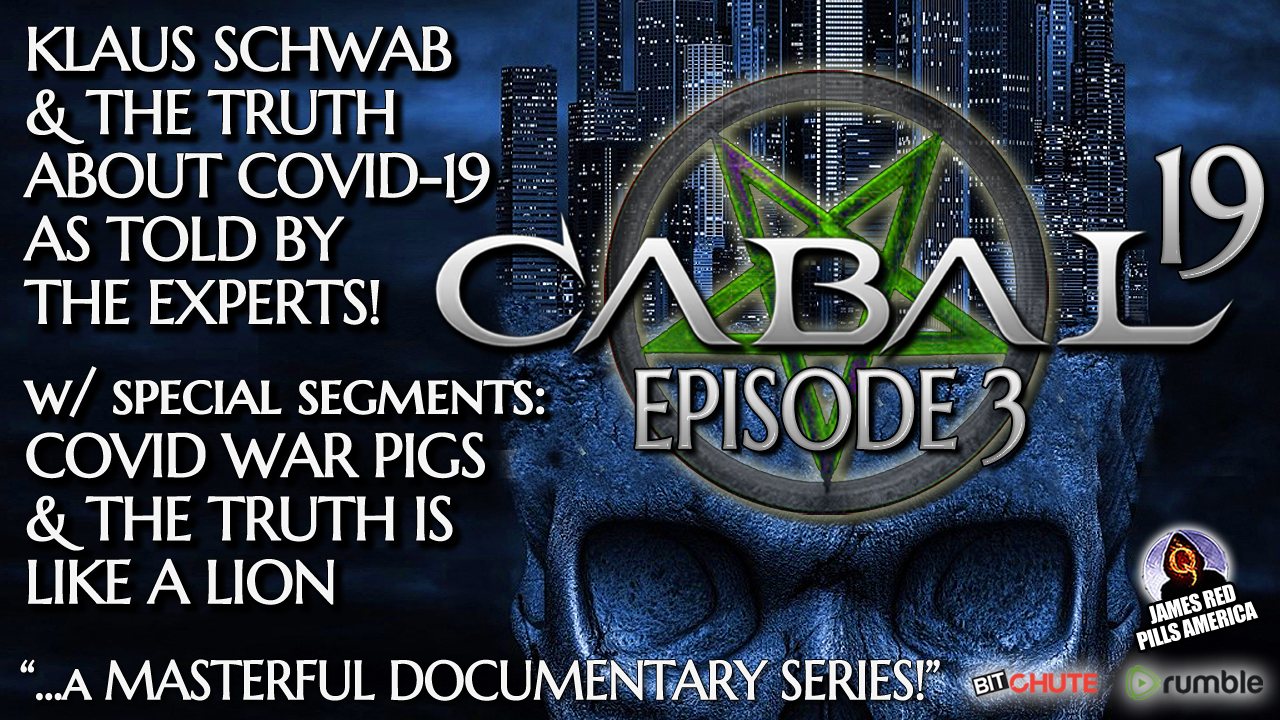 WHEN YOU’RE DONE WATCHING THE DR. JANY RUBY SPECIAL BROADCAST ABOVE, make sure you WATCH and SHARE the ENTIRE MIND-BLOWING 12-PART VIRAL VIDEO DOCU-SERIES ‘COVID EXPOSED!’ Just click on any of the thumbnails below – and ENJOY THE SHOW right here on Before It’s News! 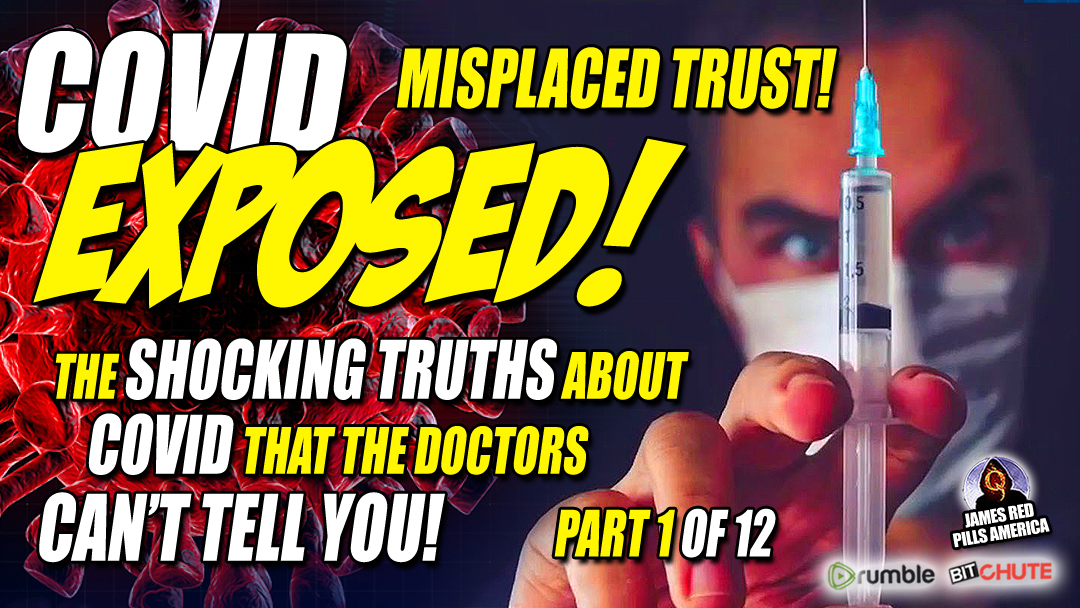 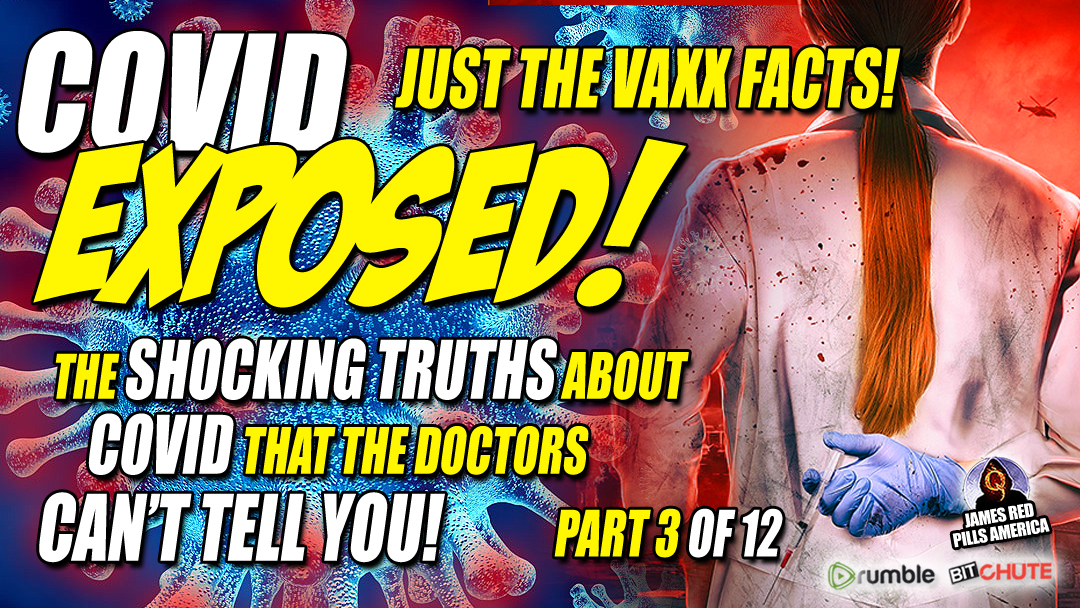 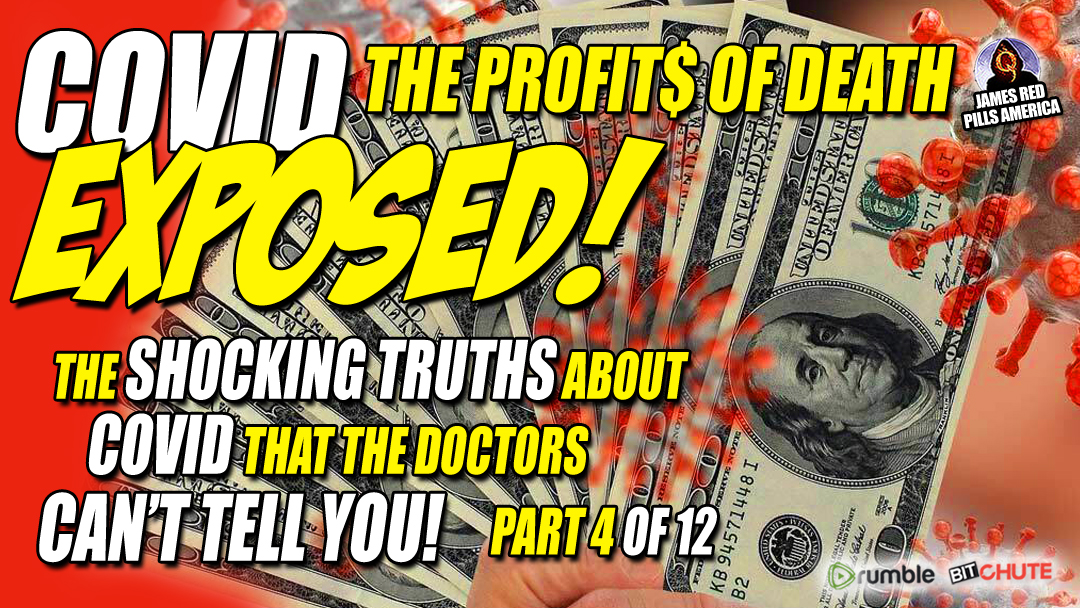 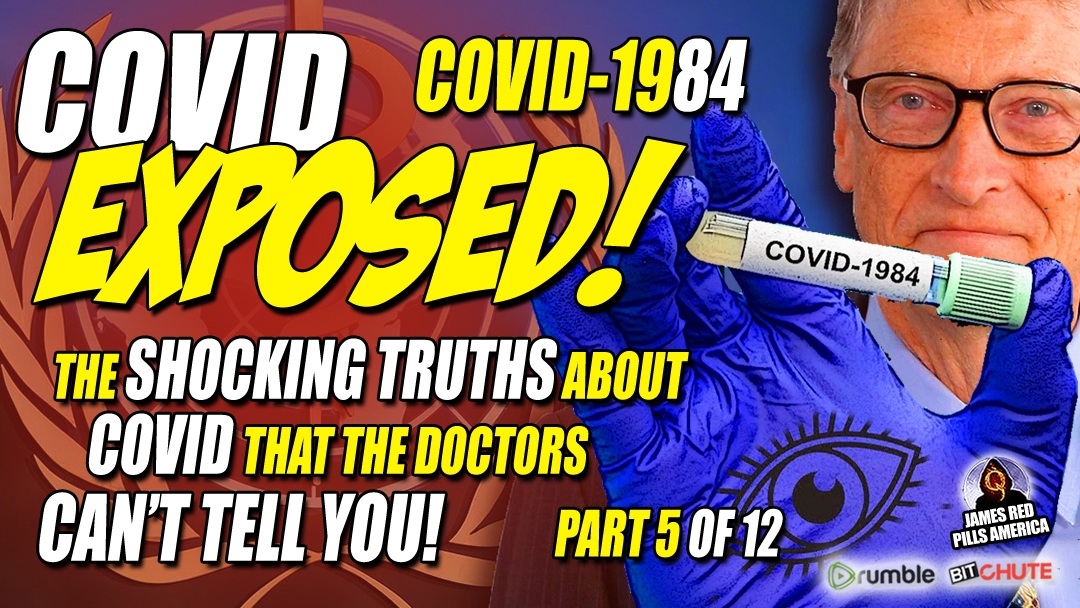 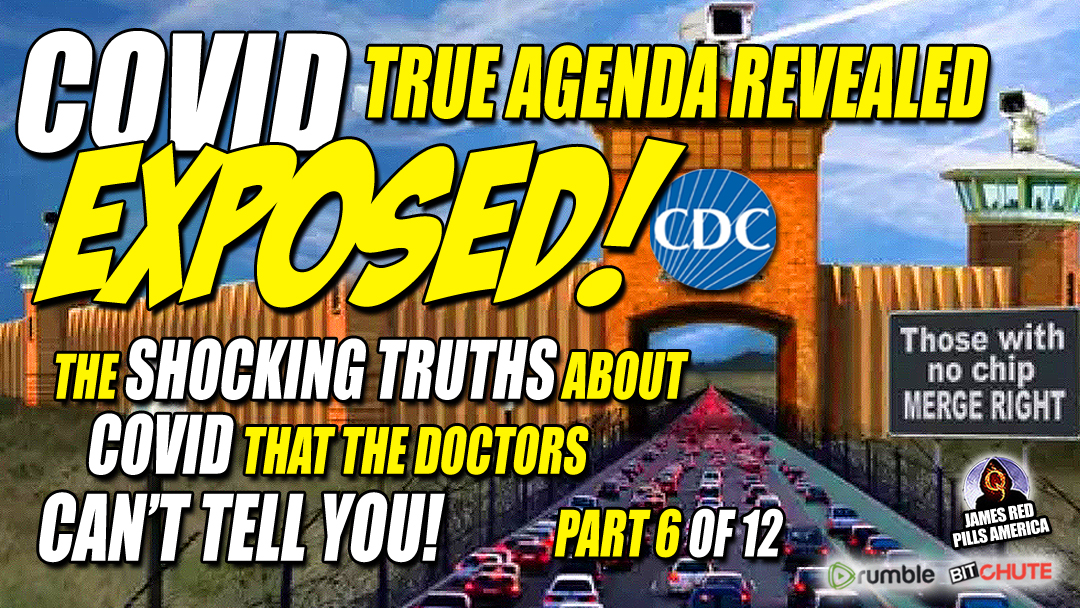 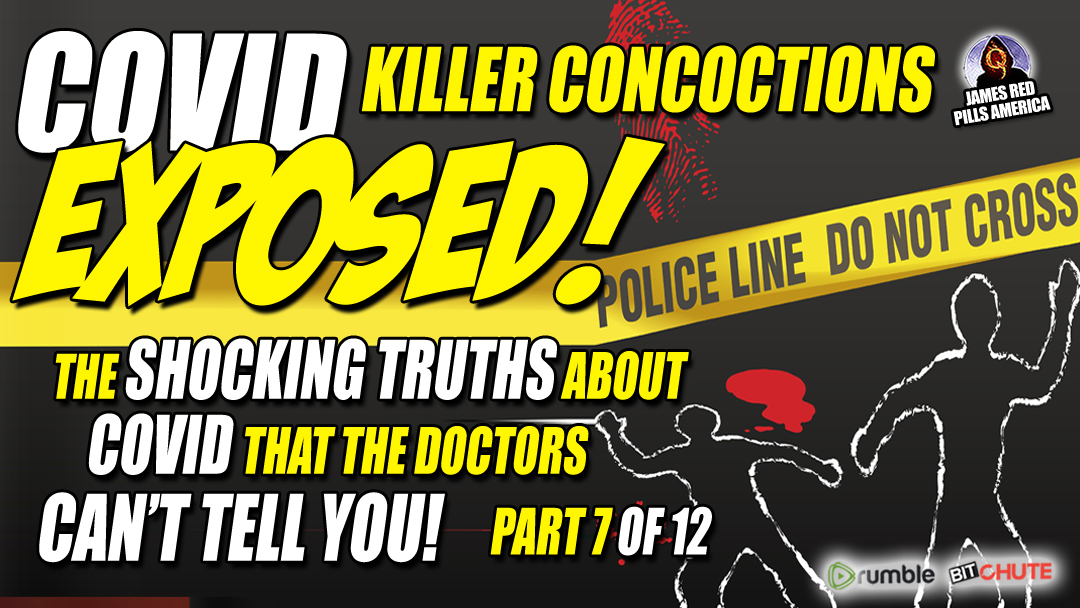 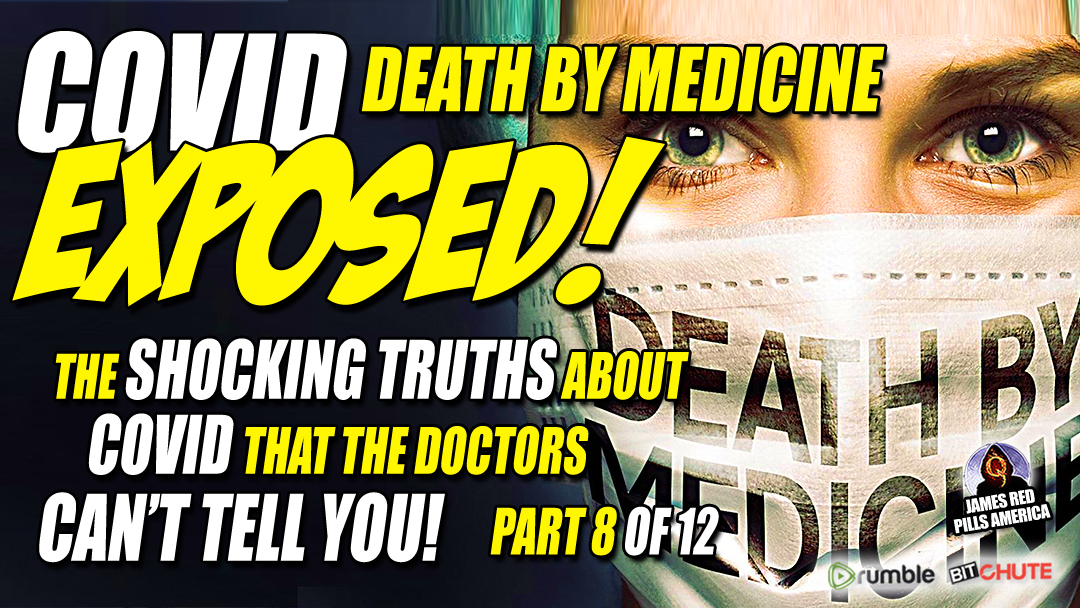 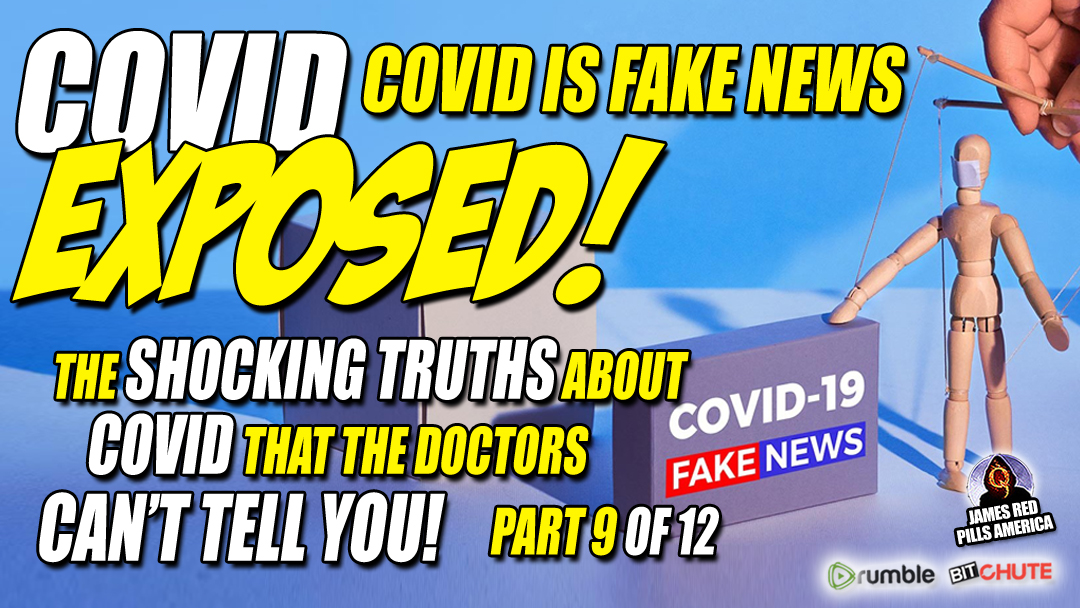 ABOUT THE 12 PART SERIES SHOWN ABOVE: SHARE THIS MIND-BLOWING DOCUMENTARY SERIES EVERYWHERE BEFORE IT IS REMOVED! This is the JUST RELEASED, FULL LENGTH, UNCENSORED, DEVESTATING film series presented in FULL HD quality that the ENTIRE WORLD must see! This EASY-TO-UNDERSTAND, COMPELLING & EARTH-SHATTERING documentary series EXPOSES the connections between Big Tech, the Medical Industry, the Fake News Media and the Federal Government and how they are engineering a system of DRACONIAN, ORWELLIAN planetary control – the very situation the world finds itself in at this very moment. These films clearly show how the Covid-19 restrictions, hype and vaccines are part of an authoritarian takedown of humanity under the guise of public health & safety and is the culmination of some of the brightest and bravest minds in the world!

ABOUT “CABAL-19 (EP3): Klaus Schwab & The TRUTH About COVID By Top EXPERTS: War Pigs & Truth Is Like a Lion”

THIS EPIC DOCUMENTARY is SO WORTH YOUR TIME and, by far, one of the BEST I have seen on the subject at hand. Once you watch THIS MIND-BLOWING VIDEO, you’ll understand that the CRIMINAL ACTIONS TAKEN by the POWERFUL ELITE and the GLOBALIST DEMONS are ABSOLUTELY SINISTER & DEMONIC in nature! The narrator UNLEASHES THE KRACKEN of TRUTH on the DEEP STATE DEMONS who are attempting to spiral our world into a DYSTOPIAN NIGHTMARE, just like it’s straight out of the George Orwell novel, 1984! This EPIC VIDEO has been BANNED on many social media platforms because they considered it to be DANGEROUS FOR YOU TO HEAR and Google won’t return the link in its search results!

PLEASE, don’t accept what is presented here as TRUTH just because knowledgeable, reliable sources say it and show you charts, graphs, and COLD, HARD FACTS! A major cause of many of the problems we are having in the world is when a lot of people see or hear something on television or the internet, if they hear it on the radio, or read about it in newspaper, book, or magazine – OR SEE OR HEAR IT IN THE FAKE NEWS MEDIA – they believe it! Please do NOT be that gullible, Patriots! You should research critical information enough so that you can LEARN WHETHER OR NOT it is TRUTH or if it is just PROPAGANDA! Prove all things to YOURSELF, don’t just accept someone else’s beliefs or their OPINIONS as FACT. Prove things in your own mind so as not to be blinded to the reality of the FACTS. May the Peace, Love, Light & Blessings of God be with you and protect you on your Journey!