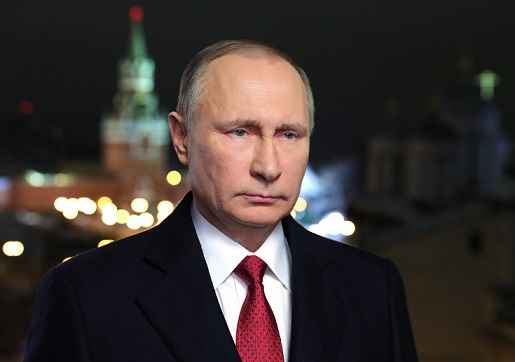 “Russia Attacks Ukraine.” is the headline in every newspaper across the world, while people are calling the Russian leader, Vladimir Putin, an evil man and a murderer. Which superpower country in the world has murdered more people and committed so many crimes against humanity than the United States of America? The US government’s actions led to the war, Putin needs to defend his country and he did it right.

That’s how hypocrites and selfish people who often listen to one side of a story react and begin to spread false propaganda against others. Before people accuse Vladimir Putin of attacking Ukraine, they must first try to find out the reason behind the man’s actions.

If African leaders were like Putin, the continent would not have suffered much. Many African leaders are so stupid to the extent that they will accept money for every proposal by foreign countries in Africa, even if that will threaten the lives of their citizens.

As we know, many African countries have permitted the US government to build military bases in their countries because they believe America will prevent or fight terrorism on the shores of Africa. That’s a very big mistake. The Russian leader will never let that happen.