ðŸ‡·ðŸ‡º Russian Defence Minister General of the Army Sergei Shoigu inspects Southern and Central groups of troops (forces) involved in special military operation in Ukraine (https://t.me/mod_russia_en/2770). At the command post, Sergei Shoigu was informed by the commander of Southern group of troops General of the Army Sergei Surovikin, the commander of Central group of troops Colonel General Aleksandr Lapin and other commanders about the current situation, the action of the enemy and the progress of combat tasks fulfillment by the Armed Forces of the Russian Federation.

ðŸ’¥High-precision attacks launched by Russian Armed Forces resulted in the elimination of 115th Mechanised Brigade of the Armed Forces of Ukraine (AFU (https://t.me/mod_russia_en/2772)) that had operated towards Seversk. Over the past 48 hours, this brigade has lost over 600 servicemen. Residents of Seversk, Nikolayevka and other nearby Ukraine-controlled settlements are being urgently mobilised for manning the brigade.

ðŸ’¥High-precision attack launched by Russian Aerospace Forces at a provisional base (https://t.me/mod_russia_en/2772) of 123rd Territorial Defence Brigade of the AFU deployed in Nikolayev has resulted in the elimination of up to 200 nationalists and foreign mercenaries, as well as 13 armoured and motor vehicles.

⚠️ We continue to carefully record numerous crimes committed by the Kiev regime against civilians (https://t.me/mod_russia_en/2783), as well as the use of educational institutions and residential buildings by Ukrainian nationalist groups for military purposes.

⚠️ in Poltavka, Zaporozhye region, militants of Ukrainian armed groups have mined the motorway bridge over Yanchur river (https://t.me/mod_russia_en/2785) for exploding it and accusing Russian Armed Forces of allegedly indiscriminate attacks at transport infrastructure facilities with wide coverage by Ukrainian and western mass media, in accordance with the well practiced scenario.

Russian Aerospace Forces with precision strikes destroyed the temporary deployment points of the 40th artillery brigade and the nationalist battalion “Kraken” in Kharkov.

ðŸ”»As a result of fire damage, up to ❌200 militants were liquidated, including ❌ðŸ´‍☠️50 foreign mercenaries, 19 units of military and special equipment were hit.

ðŸ”»In the city of Bakhmut of the Donetsk People’s Republic, the forces of the Russian Air Force ðŸ”¥destroyed a number of points of temporary deployment of the armed formations of Ukraine and the nationalist battalion “Right Sector”. In total, over ❌300 nationalists were killed and about 30 military vehicles were disabled

ðŸ”» As a result of the work of artillery crews of the RF Armed Forces on the positions of the Ukrainian army in the Zaporozhye region on July 13, up to ❌ 70 military personnel, 10 armored vehicles of the 128th mountain assault brigade of the Armed Forces of Ukraine were destroyed.

The Russian army continues to effectively use Kalibr sea-based missiles to destroy temporary deployment points of Ukrainian armed formations. So, on July 14 of this year. more than ❌100 nationalists who were in the house of officers in the center of the city of VINNITSA were liquidated.

On July 17, 1918, 104 years ago, Tsar Nicholas II and his family were barbarically shot dead by the bolsheviks on the orders of Lenin and the Ural Revolutionary Committee, marking the end of the 300 years of Romanov dynasty rule.

Here I am not going to defend his failed policies, or his poor choices or discuss what lead to it all. I don’t think that part really matters in this context. I am just going to say that he was a good, devoted Orthodox Christian and a devoted family man who was not very prepared to be a Tsar. In that regard, I truly feel sorry for how his fate had turned, and I don’t think a single person would say otherwise. He was martyred by the ROC because he was killed for his faith, the faith which he defended in WW1 against the encroaching threats on Orthodox lands. As for his family, they were killed out of pure bloodlust, as it was a satanic ritual murder. 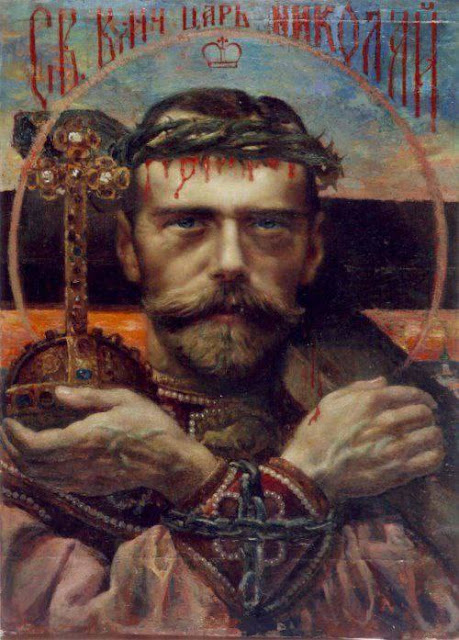 The 143rd day of the special military operation of the Russian Armed Forces in Ukraine was marked by news of the forced evacuation of residents of the Kramatorsk and Slavyansk regions by units of the Armed Forces of Ukraine, another shelling of the LPR from American HIMARS MLRS, as well as Kyiv’s threats to strike at Crimea. 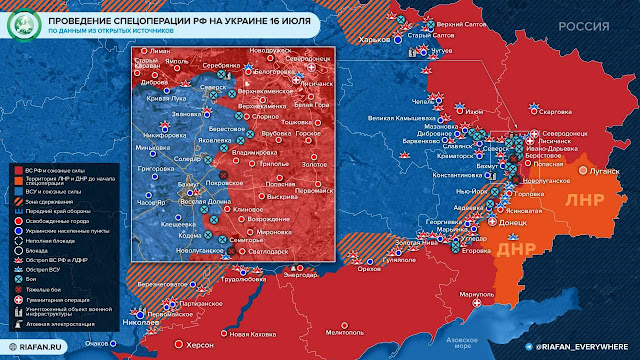 An adviser to the head of Zelensky’s office, Arestovich, following the Ukrainian Defense Ministry, said that Kyiv could attack the Crimean bridge “as soon as the first technical possibility appears”

A fresh report by Andrey Filatov from the vicinity of the village of Novoselovka Vtoraya. The troops of the Armed Forces of Ukraine are tightly holding their position here, since, having given up the territory, they will lose the “keys” to the Avdeevsky fortified area.

Allied troops are fighting, advancing towards Avdiivka. After a shootout, the enemy retreated. But it is dangerous to attack now, the territory is mined, so the strikes will be delivered first by artillery. By the way, the positions of the Ukrainian troops have already been discovered from the copter. It remains to wait for the command “Fire!” and continue the offensive in this direction.

“To Krasnogorovka here is quite a bit, 2 km. We continue to pull the enemy out of the landings, we drive them further, closer to Avdiivka,” says Andrey Filatov.

#YURI WAR BRIEFING Kharkov: Kalibr and Iskander strikes become mundane, with two main objectives: to tie down Ukrainian reserves preventing their transfer to Donbass and lay grounds for the future Kharkov offensive. Slaviansk: no offensive actions. Seversk: pressure continues to lure the remnants of the garrison out of  town, mopping up of the town’s vecinity continues. Solidár: bitter enemy resistance in Ivano-Daryevka and Pokrovskoye prevents the troops that broke through to the outskirts of the town to advance, to avoid the flanks exposure. Novoluganskoye: opposing troops converge, occupying in some cases the different sides of the same street of the village and can hear each other shout. Ukrainian fighters, when offered a safe withdrawal by the Russians, shouted back that they’d love to go, but fear their own “desertion dissuasion units” stationed in Semigorye. State of the fronts as of 19:00 CEST

Here’s a semi-official (sort of) version of what happened in Vinnitsa recently (from a top Russian channel):
https://t.me/russica2/47342

“The strike on the house of officers in Vinnitsa was delivered at the moment of the meeting of buyers and sellers of Western weapons.
The seller was 3 MI6 employees and one French military intelligence officer, and the buyers were from Yemen, Lebanon, Palestine and Bahrain.
The host was represented by officers of the Main Intelligence Directorate of the Ministry of Defense who are close to Kirill Budanov (head of UA intelligence). Buyers entered through the Chisinau airport from Bucharest and Warsaw, then by land road transport they reached the border with the support of the official Moldovan authorities.
At the time of the missile strike, 36 people were negotiating, 23 of whom were killed immediately, the rest are in critical condition and leave for the Creator every two or three hours. 2 out of 3 cruise missiles hit right on target, one was partially destroyed at extremely low altitude by Ukrainian air defense, after which it fell on the city center in five parts, causing collateral damage to the enemy among the civilian population, which certainly is a tragedy.
However, the decision to shoot down missiles on approach to the target was made by the General Staff of the Armed Forces of Ukraine, accurately understanding the prospects for such a decision. The satellite constellation of the United States and Great Britain recorded the contrail from the anti-missiles of the Armed Forces of Ukraine and have accurate objective control data.”

Breakthrough of the defense of the Armed Forces of Ukraine in Seversk: “ðŸ…¾️tvazhnye” are arranging a new cauldron for the AFU.

Assault detachments of the “Brave” overcame the security zone of the Seversk garrison of the Armed Forces of Ukraine and completed the creation of conditions for the encirclement of the city.

The command decided not to storm the central districts of the city, but to create another cauldron for Ukrainian militants. There is still a lot of work to complete the encirclement, but already now there is a strong artillery preparation in order to close the cauldron around the city.

Lately I keep getting asked the question on when will the Special Military Operation and the war in general will end? I answer. The SMO with the direct participation of the Russian Armed Forces will likely end by the end of this year, at best. At worst, the end would likely be in the first half of 2023. As for war in general? Likely never. Let me explain why,

After Donbass, Ukrainian army will have no more defense points left, except for the Dnepr River as the natural barrier.  The Dnepr has already been crossed from the south, at Kherson, meaning it can become the springboard for the future offensive towards Nikolaev and Odessa and creation of a corridor with the PMR. After that necessary objective is completed, there will be an offensive to try to capture all of the Left bank — lands East of the Dnepr, in order to create a big enough buffer between the hostile remnants of Ukraine and the Russian border. Kiev will also likely get captured, as that city has very major significance and it will certainly annihilate the morale of the remaining AFU units, so they cease the pointless aggression against the Russian Federation.

What will follow will be a treaty on the demilitarized, landlocked Ukraine. In the picture below, these is the minimum required to fully secure Russia from any future threat of NATO expansionism and of Ukrainian nazi terrorism. After the end of the SMO, Poland will likely try to salvage the remaining parts of Ukraine and will try to indirectly occupy it to install a NATO mandate. This cannot and should not be allowed. To prevent this, there will likely be another Donbass scenario, except this one will last forever, until the collapse of the North Atlantic bloc. The state of a frozen conflict and an eternal war is rather necessary at this stage to prevent the remaining part of Ukraine from joining NATO, or the installation of a mandate on these lands. NATO will simply be too afraid to enter lands with a frozen conflict, where one side is backed by a nuclear power.

So, this will likely be the future of the former Ukraine. Split between a pro-Russian entity, (whatever it shall be named) and a forcibly neutral Ukraine, forced to remain in a frozen conflict. 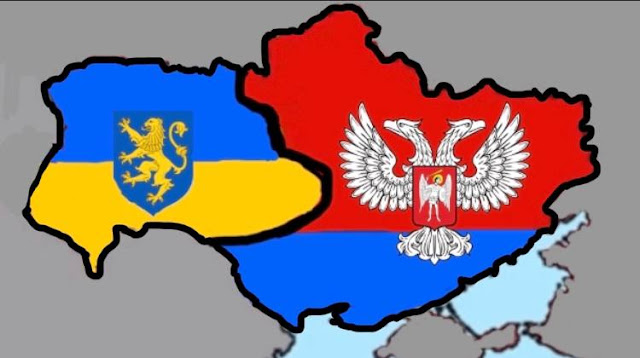