Since 1958, we’ve had Eisenhower, Kennedy, Johnson, Nixon, Ford, Carter, Reagan, Bush, Clinton, Bush the Younger, Obama, Trump, and Biden.  Thirteen presidents.  At no time since Kennedy have the American people indicated more than 49% confidence in any president — and that was Bill Clinton’s high mark in 2001.  Note also that Clinton was more favorable to Republicans than he was to Democrats.

In 1958, around 75% of American voters indicated that they had confidence in the U.S. government — to do the right thing.  That percentage increased somewhat until midway through Kennedy’s first term, before his assassination, and then it began to drop.  The floor dropped as Lyndon Johnson stepped into the White House after Kennedy’s murder. 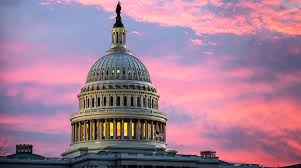 Johnson’s presidency was in a freefall almost from the start.  It was the Vietnam War, of course, but also perhaps his so-called War on Poverty — which was equally effective as his War in Vietnam.

Despite such low confidence percentages, Pew Research tells us that Republicans have more confidence in their party (and ideology) than Democrats.  We suppose this is because Democratic leadership has taken their party too far left for most registered Democrats.  But another interesting revelation is this: 37% of Asians trust their government “most of the time,” compared to 29% of Hispanics, 24% of blacks, and 16% of whites.

We must wonder about the cause of such low confidence levels.  I suspect multiple reasons, such as concerns by all Americans about election integrity, the anti-Constitutional behavior of elected members of Congress, illegal campaign contributions, partisan government, and corrupt practices in law enforcement agencies.  Recently, the Department of Justice spent $40 million in a “fake investigation” that ran for three years while attempting to discredit a sitting president.  Things like this tend to irritate American voters of both parties.  No doubt everyone recalls when the IRS targeted “conservative” taxpayers for audit.  This was under the Obama administration, as you’ll recall.

An ancient philosopher once observed that a nation could survive defeat in war and social unrest at home — but a country cannot survive a significant loss of confidence in its national leadership.  Yet, if this is true, given what we know about the loss of faith of the American people in their government since 1958, how did any of these presidents since 1964 find their way into the oval office?

Mustang has blogs called  Fix Bayonets and Thoughts From Afar