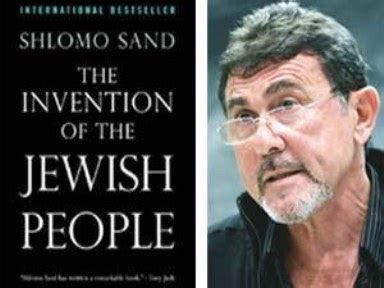 When Shlomo Sand’s book The Invention of the Jewish People was published it caused a largely a storm of outrage here in the United States among the few who read it. It was a bestseller in Israel, though mostly reviled, and where it was reviewed in the American corporate press the response was deeply hostile. Its central argument holds that the Jews of Europe, the Ashkenazim, are largely descendants of peoples who converted to Judaism in the distant past and that the claim that all Jews descend from ancient Israelites is false.

Therefore the contention that European Jews are reclaiming ancient rights to their homeland in what is now Israel is a false claim. Moreover, the peoples now known as “Palestinians” are in all likelihood much more closely descended genetically from the ancient Israelites but who in the course of history converted for one reason or another either to Christianity or to Islam, and who therefore have a just claim to the land. Nevertheless, Sand strongly endorses Israel’s right to exist but he favors a bi-national state in which Jews and “Arabs” share equal rights. Needless to say this argument fosters extreme discomfort among many Jews who identify with the Zionist project (and many Christians who for other reasons support Israel).

What happened to the Jews of biblical times after the destruction of the temple? Why are there so many Jews in the world? Sand asks.

The destruction of the second temple in 70 CE was followed by the exile of the Jews by the Romans so the history books tell us.

And it turns out that this seems to be made up! How is it possible that this could have gone unquestioned for so long? Shlomo Sand looked for the sources and tried to track them all down. It wasn’t just that the exile is very important to the fundamental Zionist narrative of exile and return; but also there is a personal feeling of having been lied to.

But when they say the Romans exiled the Jews, it turns out this is a made up story, and the logic becomes apparent.  Because what did the Romans want out of the people of Palestine? They wanted people to tend the flocks and grow the grain and grow the grapes and they would take their percentage. They didn’t move in Romans to do that work, wherever they went they got the local population to do it.

The second thing that grabs my attention is when Shlomo said that the very likely origin of the Ashkenazis is this Khazar kingdom in the 800s. A Turkic people converted to Judaism at that moment when the peoples of the region were trying to decide which monotheism they were going to go with. There is no controversy about that; there are these letters in the Cairo Geniza in which the king of the Khazars says, OK, we’re Jews now, tell us what to do. That’s pretty well documented. Sand argues that these people who were located in what is now Russia are the fundamental source of the Ashkenazi people.

If everyone knew what Shlomo Sand has discovered about the construction of this story of exile and return, beautiful but false, they would be quiet shaken, and I think that would be a good thing.

Dr. Areilla Oppenheim at the Hebrew University in Jerusalem, did the first extensive DNA study in 2001 of Israelis & Palestinians, and concluded that the emigrants on ships to Palestine before it became Israel were of Mongol 40% & Turkish 40% genome…there was no Semetic blood associated to the original Hebrews from the Middle East of 4,000 years ago in Jerusalem or Biblical territory. This was confirmed by another DNA project by Dr. Eran Elhaik at the McKusick-Namans Institute of Genetic Medicine at the John Hopkins University of School of Medicine, in 2012. His conclusions were the same!* The Askenanzi so-called Jews did not ever migrate out of the Middle East!* At the same time extensive DNA evidence found the Palestinians to be 80% more or less, Semitic blood in their ancestors who were found therefore to be possible descendants of the Israelites.

The white Jews whose ancestors embarked on ships in 1882 to Palestine before it was named Israel—aren’t Israelites. Truth hurts once again These White Eastern European descendants of German, Russian, Polish, Austrian, Georgian, etc., are impostors claiming to be God’s Chosen Ones, but are descendants of the old Khazars from the Khazarian Caucus and they have been denying this scientific evidence as they have made up myths of their own histories, which already many Americans believe throughout one whole century, i.e. Schofield Bible. For, the real history of the new established “Israel in 1947″–’is no secret today!  Since Palestinians were found to be almost more or at least 80% Semetic. The so-called people are on the wrong side of history.

How I Stopped Being a Jew, Shlomo Sand, SOAS University of London

What Kind of Jew is Shlomo Sand?

Shlomo Sand: ‘There are Israeli, not Jewish people’