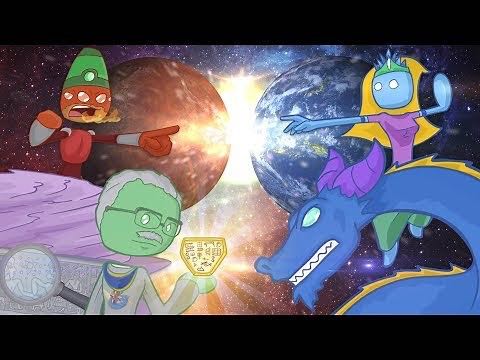 The Nibiru Movie ~ The Secret Origins Of Our World.  Great Video.

Welcome to The Nibiru Movie! This is a special edition of The Sumerian Epic which combines the first 3 Episodes into an hour and a half long movie, with an additional 7 minutes of never before seen bonus footage scattered throughout the feature! The film at its core opens the floodgates of questions regarding the mysterious yet popular “conspiracy theory” of Nibiru, the supposed hidden planet that lurks in the farthest reaches of our outer solar system. It was nearly 50 years ago that the theory of Nibiru first reached the masses through Zechariah Sitchin’s first book “The Twelfth Planet”, which sought to explain that the oldest texts on the planet, the Cuneiform tablets of Sumer, were actually a series of encoded legends describing the origins of our solar system.

The Hidden Enemies Revealed on This World Stage

Many of you have read books by an author named Zecharia Sitchin.  He wrote about the Anunnaki and their planet which he called Nibiru.  Sitchin was a total fraud and a tool for the Vatican, but several of the Anunnaki characters in his books are also mentioned in the King James Bible namely Anu, Enki, Enlil, and Marduk.  Some of you who have read Sitchin’s books are waiting for the next arrival to earth of what they claim to be these benevolent extra-terrestrials.  Nothing can be further from the truth.

The Anunnaki are not benevolent.  They are extremely evil with the intention of causing mankind’s extinction.  They are not extra-terrestrial or inter-dimension but rather they are part of the host of heaven who rebelled when they found out the first creation of man, referred to as 144,000 saints (Revelation 7:4) or those created for honorable use (Romans 9:21) were to rule over them.  For those people watching for Nibiru to come to earth with the Anunnaki, I have some news for you.  The Anunnaki are already here on earth and have never left the earth. Earth is a prison colony.  Psalm 83:3-5 is a dual prophecy that in our day is telling us to beware of those in leadership positions in all countries (See also Jude 1:4 and Jeremiah 10:11)

I believe the Vatican wanted people to believe this lie to set people up for the alien deception as part of Project Bluebeam. After the Rapture occurs, the “Devil and Satan” will cause two delusions to fool the population. After the assassination of Trump and Pence and the Rapture, Trump and Pence will return in a spacecraft bringing with them many famous individuals who had previously died. The Anunnaki will claim to be the ones that created humankind.  They will say that they have been responsible for those removed in the Rapture from earth as they would not have been willing to enter the next stage of man’s development, namely becoming gods themselves through connecting the brain through Neuralink to the Internet. This concept of man becoming gods is called Gnosticism and is a great lie.  One of the fallen Watchers, Gadreel according to the book of Enoch, deceived Eve in the garden by telling her if she listened to what he said, she would become like a god. (Genesis 3:4) As all evil is back on earth today, Gadreel is back trying to deceive humankind once again. In Jeremiah 10:11 the God of Abraham Isaac and Jacob tells us the future of the Anunnaki.

Thus you shall say to them, “The gods that did not make the heavens and the earth shall perish from the earth and from under the heavens.”  (Jeremiah 10:11)

The earth has a veil or firmament over it installed by the God of Abraham Isaac and Jacob.  Nothing can enter the earth’s atmosphere and nothing can escape.  The Anunnaki are immortal.  They do die like humans but unfortunately they always return through transmigration. The saints are also immortal through transmigration. Both the Anunnaki and the saints have always been with us, one group representing evil, and the other good.

What has been will be again, and what has been done will be done again; there is nothing new under the sun.  (Ecclesiastes 1:9 The Berean Study Bible)

Using the gematria calculator on gematrix.org so you can follow along, I am matching the bible verse to the underlying meaning of the bible verse.  We reduce the Gematria numbers to a single digit and if you get a match of three final numbers or witnesss of Holy Gematria, then we are confident that we have found a match.

What has been will be again

The Saints and Anunnaki  transmigrate

The Saints and Anunnaki have transmigrated to earth and are immortal so they come back in human form all the time.

In 1933 we almost had a fascist coup d’état in America backed by bankers and wealthy businessmen led by J.P. Morgan against President Franklin D. Roosevelt.  This coup was squelched by retired Marine Corps Major General Smedley Butler.  No one was arrested or jailed.

Thirty years later, in 1963 President John Kennedy was assassinated in another coup ’état orchestrated by rogue elements of the CIA and the Vatican with the main purpose of getting America deeply involved in the Vietnam civil war.

It is now fifty-seven years later and we are extremely close to experiencing another fascist coup ’état led by the same people as in 1963,namely the Bush family.  The Bush families are Khazarian Zionists and George HW Bush and Menachem Schneerson were responsible for the introduction of the seven contrived Noahide laws passed by congress under the guise of “Education Day USA” on March 20, 1991 which also happens to be Schneerson’s birthday.  I do not believe in coincidences.  George HW Bush is not dead and is very much alive and living in Israel.

Prior to the Second World War, it was decided that the Zionist Khazars (those who say they are Jews but are not, but are of the Synagogue of Satan Rev. 3:9) would be in charge of the New World Order with a one world global government under the United Nations; a one world digital currency controlled by the Rothschild’s; and a one world Catholic Universal religion based on the Babylonian Talmud.  Catholic means universal and it is a satanic religion as they worship Lucifer and idols.   Enemies of this one world universal religion and fascist dictatorship will be the true Christian Israelites who follow Mosaic Law and do not adhere to the Talmud which Jeremiah 8:8 tells us was written by the lying pen of the Pharisee scribes. The true Israelite Christians base their faith on the word of God of Abraham Isaac and Jacob and not the interpretation of man.  Catholics are not Christians as they follow man (a pope) rather than the word, and ordinances of God of Abraham Isaac and Jacob and the teachings of Jesus.

Links To Previous Articles In This Series

Flower Of Life Full Documentary Sacred Geometry And The 144,000 Bondservants Created As The Saints In Revelation 7. God Of Abraham Isaac and Jacob, The Creator Of All In All Is The Ultimate Mathematician! Great Video.

The Human History Movie. Great Video Showing How The Nephilim Came To Lemuria On Earth After Destroying Mars And Then Destroyed Lemuria. Only A Remnant Of Hebrews (The White Race) Survived. This Remnant Are The 144,000 Mentioned In Revelation 7 & 14 From The First Creation In Genesis 1. Great Video.

The Nibiru Movie ~ The Secret Origins Of Our World. Great Video.