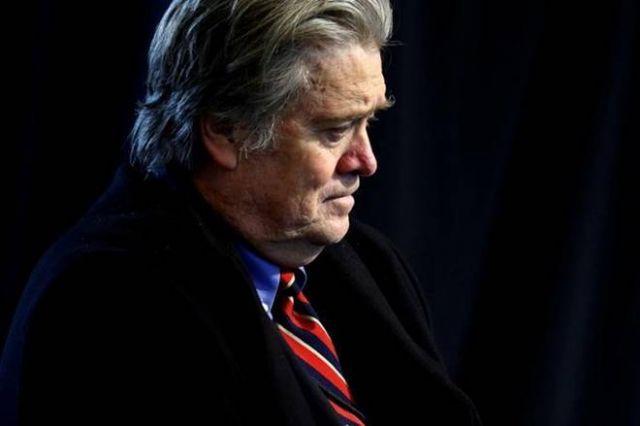 Federal prosecutors in New York announced Thursday that Steve Bannon, President Trump’s former White House chief strategist, has been indicted along with three others for allegedly defrauding donors to a $25 million fundraising campaign to build a wall along the southern border.

Acting U.S. Attorney for the Southern District of New York Audrey Strauss said Bannon, Brian Kolfage, Andrew Badolato and Timothy Shea were arrested Thursday morning. Bannon, 66, was taken into custody by agents from the U.S. Postal Service, a law enforcement source said, and is set to appear before a federal judge in Manhattan. The indictment was unsealed Thursday morning.

Bannon joined the Trump campaign in 2016 and subsequently served in the White House as chief strategist until being forced out in August 2017. He is the sixth close associate of the president to face federal charges since 2017. CBS