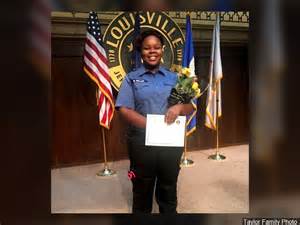 Breonna Taylor, a 26-year-old African-American emergency medical technician, was fatally shot by Louisville Metro Police Department officers Jonathan Mattingly, Brett Hankison, and Myles Cosgrove on March 13, 2020. Three plainclothes LMPD officers entered her apartment in Louisville, Kentucky, executing a no-knock search warrant. According to the New York Times, hile the department had gotten court approval for a ‘no-knock’ entry, the orders were changed before the raid to ‘knock and announce,’ meaning that the police had to identify themselves.”

The officers fired over 20 shots. Taylor was shot eight times and LMPD Sergeant Jonathan Mattingly was injured by gunfire. Another officer and an LMPD lieutenant were on the scene when the warrant was executed. Wikipedia