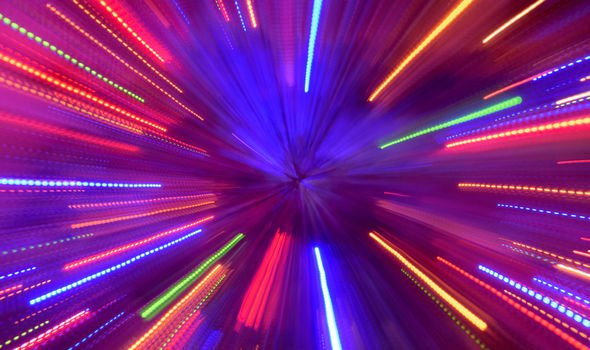 THE WORLD WILL CHANGE IN A TRILLIONTH OF A SECOND

The Bible warns the world that EVERYTHING will change in the “twinkling of an eye” as Jesus comes to take His Church out of this world. It also warns that this event is as a SNARE and comes out of the blue with no apparent signs except for those watching.

Jesus said that if we were worthy, we would ESCAPE the SNARE of the fowler, that snare being sprung upon an unsuspecting world during the rise of Antichrist in the “hour of temptation”, the first 3.5 years of Daniel’s 70th week.

So, the question is WHEN? As has been stated before, 2021 must be the year if we are to take Psalm 90’s TIME CODE at face value and the FIG TREE parable rebirth of Israel in 1948 and the four-year delay built into the Fig Tree parable. That means SOMETIME in 2021 the SNARE WILL BE SPRUNG, and the BRIDE WILL EITHER BE RAPTURED OR HIDDEN AWAY in some manner.

I favor raptured because we are to go to the WEDDING OF THE LAMB, a seven-year event while Daniel’s 70th week plays out below. The ancient wedding traditions all point to this 7-year (7 day) event in the heavens as His people undergo the BEMA seat judgment and all of the festivities and joyous events at the Father’s House, something Jesus PROMISED to his Bride.

As you know I have been wrestling with this 4-11 code for a long time now, and think it is a CODE NUMBER, not a date, and it has been appearing with great rapidity of late. From the RING OF FIRE BIRTHING AND WEDDING ECLIPSE to Tu B’Av is exactly 44 days inclusive and 42 days exclusive, both ripe with rapture meaning. Remember that 411 in Strong’s means something has no words to describe it, and the rapture would be one of those events, as genuine rebirth as well. Forty-two means THE LORD’S ADVENT, and we know it is in TWO PHASES.

We also know that from 7-24 to 9-8 is 46 days inclusive and 44 days in between, another 4-11 code, so if nothing happens within the next few days, our next best guess will be FEAST OF TRUMPETS, which means we may well see major developments in Israel and America between those two dates. Be not discouraged if we pass by 7-23 through 7-27 for 2021 IS THE YEAR.

Here is what Jesus had to say to us, as a COMMAND:

36 Lest coming suddenly he find you sleeping.

We hear many scoff and mock at those attempting to point out things others may not know; and say, they should not do that, for it scares people and when nothing happens they become angry and say what Peter says they will say, “Where is the promise of His coming”, but Christ commanded us to WATCH and if it bothers people, then they are in disobedience and rebellion against the MULTITUDES OF THE LORD TO “WATCH”. If your attitude is not excited about the promise of His coming, then your heart is not right before Christ.

You might receive a MAJOR ATTITUDE ADJUSTMENT by being LEFT BEHIND.

At fourscore+ years of age his force does not seem to have abated one bit, still producing prolifically with his team at the LightGate ministry in Wisconsin. He was a professional aviator for many years, flying the latest corporate jets as Captain, and he also served in the military.