Shocking New Invention! Amazon Is Selling a Bracelet That Gives You an Electric Zap

Behavioral Technology outdid themselves having found the perfect name for their new device, the “Pavlock” A self mutilating tool to stop mutilating yourself.

Amazon is selling a bracelet that gives you an electric SHOCK when you eat too much fast food, bite your nails or spend too much time on the internet for a mere £193 or aprox. $240 USD.

The Pavlok bracelet gives users a penalty of a 350-volt electric shock every time they step out of line.

It works for a wide range of nasty habits including smoking, spending too much time on the internet and even sleeping in.

Users have to administer the shocks themselves or the Pavlok app can be downloaded by friends so they can give you a buzz if they catch you out.

Some habits – particularly those that are sleep related, such as not waking up at the right time – can be automated via the app.

Users need to wear their bands – created by the Salt Lake City, Utah based company Behavioral Technology – throughout the day and give themselves a zap when they engage in the habit they’re trying to quit.

The company claims that ‘within 3-5 days’, you’ll begin to notice your cravings significantly reduced if not gone entirely.

‘Pavlok allows you to speak your reptile brain’s language by adding an unpleasant element, or a “safe” and “harmless” ‘zap’ of electricity on your wrist.

This means what you have been taught to love, it conditions your mind to associate an ‘unpleasant’ feeling with your bad habit, according to the manufacturer.

It has 150 shocks per charge, so, depending how much of a rule breaker you are, it could drain quickly. For pedophiles the device could become an addiction for S&M fans.

Inventor Maneesh Sethi says that while it isn’t as powerful as a shock from a tazer, it still delivers enough voltage to shock you make you jump.

It works for a wide range of nasty habits including smoking, sleeping in, spending too much time on the internet and other cravings you might want to learn to hate. To give even more of an incentive, the Pavlok app can be downloaded by friends so that they can torture you with a buzz if they catch you eating fast food.

Perhaps these bracelets can be adopted for our beloved elected officials?

There may be at least a couple disgruntled citizens who would love to give their favorite politician a buzz now & then. 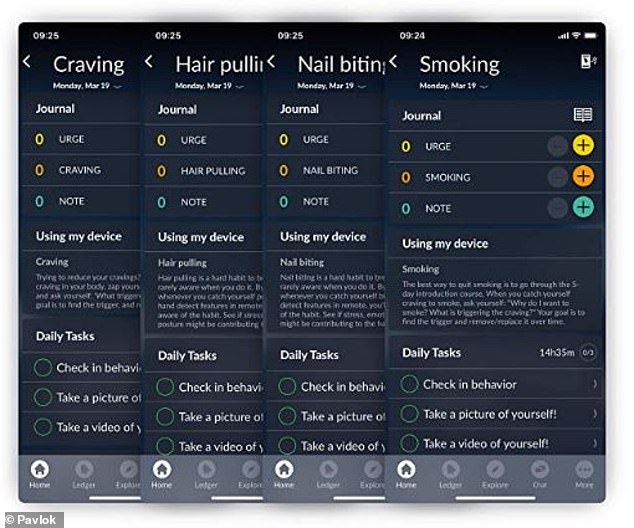 Continuing: Users need to wear their bands throughout the day and give themselves a zap when they engage in the habit they’re trying to quit. The company says that ‘within 3-5 days’, you’ll begin to notice your cravings significantly reduced if not gone entirely.

He told ABC news: ‘It feels like if you were to touch a doorknob after rubbing your socks on the carpet.’

He added: ‘There’s a real power in using a little bit of pain to help you break your bad habits.’

The idea was born out of Mr Sethi’s social media addiction.

‘I suffered from ADHD, and found myself addicted to Facebook. I wrote a blog post where I hired someone to slap me every time I went on Facebook, and my productivity skyrocketed,’ he said.

‘On the other hand, none of my many fitness trackers motivated me at all. So I thought, ‘why are there so many devices tracking what I do, but not changing what I do?’ And Pavlok was born.’

Although there are many testimonies on the internet from people who have successfully quit bad habits using the watch, not everyone is convinced.

Some experts say that the band’s technology is ‘not a science’.

Doctor Greg Cason, a psychologist said: ‘Devices like this don’t really work. Unless they are locked onto people’s wrists, they’re going to take them off.’ 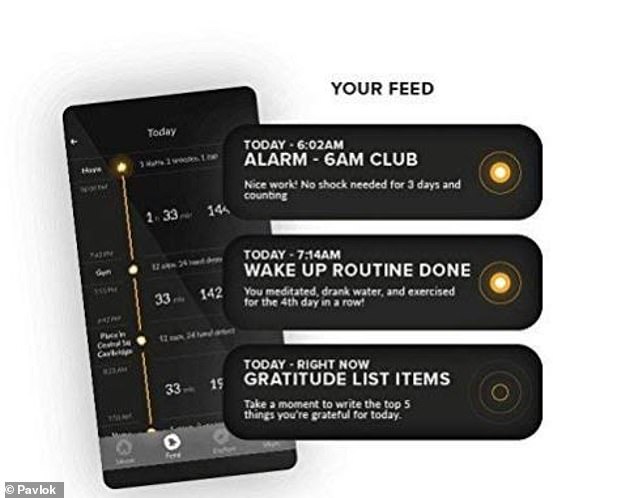 ‘Pavlok allows you to speak your reptile brain’s language by adding an unpleasant element, or a “safe” and “harmless” ‘zap’ of electricity on your wrist. This means that what you have been taught to love, it conditions your mind to associate an ‘unpleasant’ feeling with your bad habit. 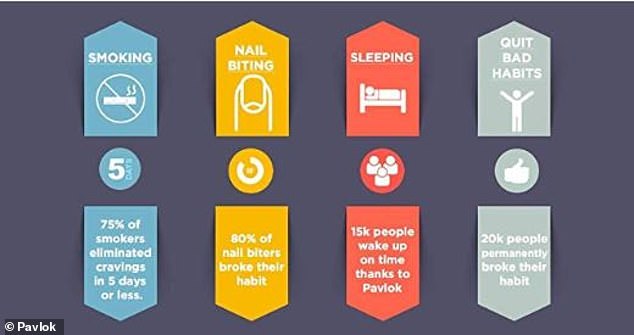 One customer wrote: ‘Wrist band is a little awkward but it does allow for the contacts to be positioned closely to your skin for the best results. I’ve only used the button on the device to administer the shock.

‘I can’t comment on how the hand motion function works. The app is ok and does give some information and videos on how to beat whatever habit you’re trying to break.

‘At 100 per cent on a decent charge it is more than enough of a zap to get your attention.

‘I’m glad I bought it, so far I believe it is working. It’s not going to cure a lifelong issue in a few days so you have to stick to their plan and really work on it.’

Quitbit: The first lighter/app hybrid that helps you quit smoking


At the Crux of the Issue is:

Who was Ivan Pavlov?

Ivan Petrovich Pavlov (1849 – 1936) Is best known as the founder of modern behavior therapy and Classical conditioning.

Pavlov won the Nobel Prize for Physiology or Medicine in 1904, becoming the first Russian Nobel laureate. A survey in the Review of General Psychology, published in 2002, ranked Pavlov as the 24th most cited psychologist of the 20th century.  Pavlov’s principles of classical conditioning have been found to operate across a variety of behavior therapies and in experimental and clinical settings, such as: educational classrooms and dealing with phobias through systematic desensitization

THEN THEY CAME FOR YOUR MIND: THE UNTOLD STORY OF PSYCHOSURGERY

Dr. Breggin gives an account of his activism and struggle against psychosurgery more than 50 years ago – a 1960s-70s era campaign to legitimize the destruction of the brain, and utilize an evolving and increasingly technological mode of intervention of the brain using implanted electrodes to target minute areas tied to behavior, and to use radio frequency (RF) monitoring and activation to control moods, attitude and perhaps more alarming, our very thoughts.

Worse, the practitioners and agenda-makers who were pushing this dangerous new era of intervention in our private mind space were doing so on the basis of PREEMPTIVELY disabling those identified as ‘potentially violent.’ As is detailed in ‘The Minds of Men,’ a massive campaign was underway in the wake of mass shootings and assassinations to screen the public, and draw a wide net of people they wanted to pacify and take out of the equation.

These included activists and political leaders in the black community and other potential troublemakers – political liabilities, not offenders or those who’d ‘done something wrong.’ The program also targeted “at risk” individuals throughout the strata of society.

Dr. Breggin played a pivotal role in shining a spotlight on these troublesome practices – with a focus on the work of Dr. Jose Delgado, and doctors Vernon Mark, Frank Ervin and William Sweet (also depicted in “The Minds of Men”).

Standing up against this injustice, Breggin withstood threats on his life and opposition from within the psychiatric and psychological fields which he was trained in to stop the funding and practice – at least overtly.

What continued in the shadows is another story… but one which connects solidly with the place society has once again reached – the dangerously naive belief that ‘authorities’ and ‘experts’ and ‘billionaires’ and their technologies can not only improve the world, but fix our brains and minds as well.

This is an important story that has been, until now, little known. Please watch and share.

Control Factor centers on Lance Bishop an average everyman who discovers he’s the unwitting target of an ultra secret domestic black-op of mind control. This is the story of a government agency controlling the hearts and souls of the population, in an experiment aimed “to increase the productivity of the workers, control criminality, and even the elections.”