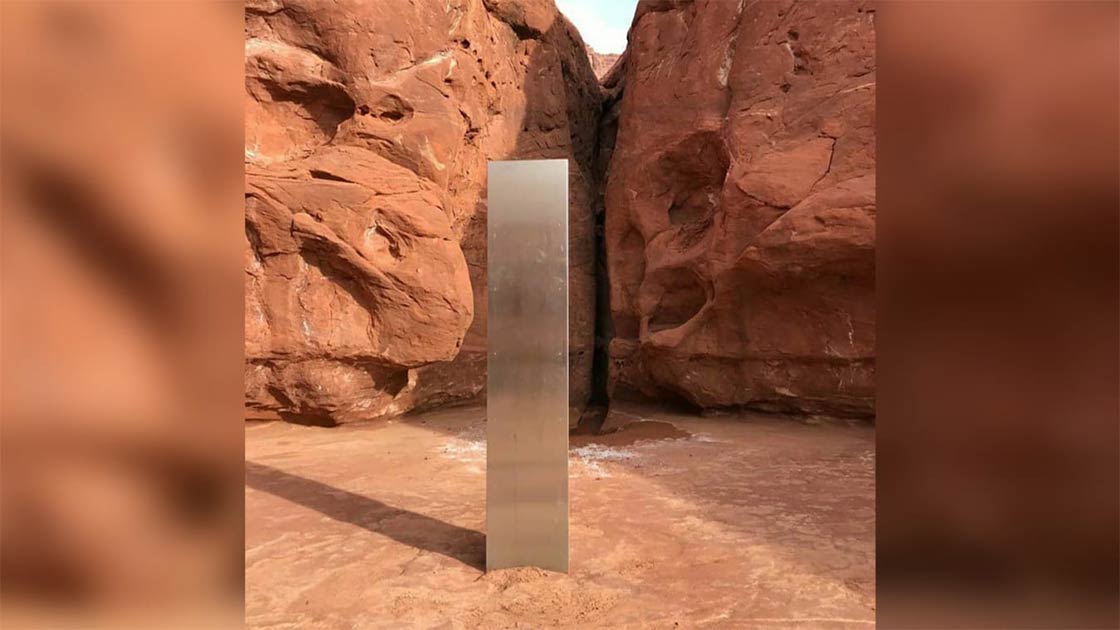 A closeup of the mysterious metal monolith discovered by accident in late November 2020.    Source: Utah Department of Public Safety

A mysterious metal monolith has been found in a remote area of Utah, USA. State wildlife officials came across the enigmatic object in a desolate area that is little visited. The Utah metal ‘monolith’ is baffling officials and has prompted a wave of speculation on the internet.

The strange object was uncovered by chance in southern Utah, in an area famous for its bighorn sheep. According to Global News “State wildlife officials say they were counting bighorn sheep from a helicopter last Wednesday when they stumbled upon a mysterious metallic slab sticking up out of the rock.” The structure is about 10-12 feet (3-3.7 meters) tall. 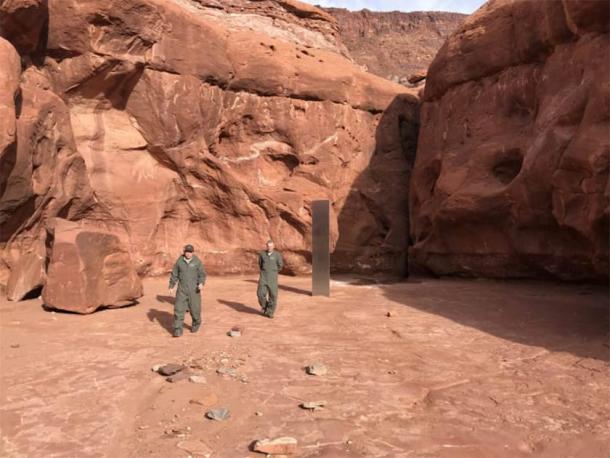 The structure is made of a solid block of metal and is a rectangular cuboid. It is not decorated and there is no writing or symbols on it that could indicate its origin or purpose. The monolith glitters in the sun and it is set against a backdrop of red rocks. The helicopter pilot, Bret Hutchings, who was one of the first people to see the metal monolith, told KSLTV, “That’s been about the strangest thing that I’ve come across out there in all my years of flying.” The monolith was first spotted by a biologist who was a passenger in the helicopter. Everyone in the chopper was stunned by what they saw.

Naturally, Hutchings landed the helicopter, and they investigated the strange object . He is quoted by the Guardian as saying that “the object looked manmade and appeared to have been firmly planted in the ground, not dropped from the sky.” Naturally, everyone thought of the famous scene from Stanley Kubrick’s 2001: A Space Odyssey in which a group of ape-like figures encounter a giant black monolith in a desolate area.

When the helicopter passengers arrived at the site, two of the crew, dressed in overalls reminiscent of space suits , clambered on top of each other to see over the monolith, acting like the ape men in the opening scene of the 1968 sci-fi classic. Hutchings is quoted by CNN as saying that “We were kind of joking around that if one of us suddenly disappears, then the rest of us make a run for it.”

The Utah Highway Patrol shared images of the mysterious object on Facebook and invited people to give their opinion. Many were fascinated but some also expressed worries. Given that it is 2020, when nothing has gone right for such a long time, many would prefer that the structure was simply left alone, just in case. Perhaps if someone touches it something shocking might happen. Global News reports that one user posted that “If I were y’all I’d wait until at least 2021, maybe 2022 for good measure, before touching it.”

Many have posted online that they love the piece as a work of art, but even they remain cautious. Global News quotes the artist Liam Sharp’ post in which he wrote “I love this. I imagine it’s an art piece, but what if it isn’t.”