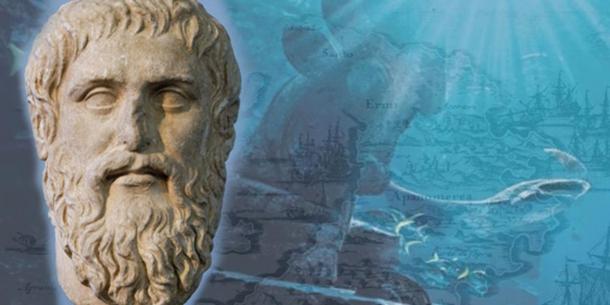 Around 360 BC, in his dialogues of Timaeus and Critias, the Greek philosopher Plato introduced an incredible story, a tale of an enigmatic island civilization which has since captivated the imagination of every generation that followed. This was the story of Atlantis, thought to be one of the most advanced societies of the ancient world, an idyllic island paradise of skillful navigators capable of crossing the Atlantic Ocean to conquer and explore!

“For it is related in our records how once upon a time your State stayed the course of a mighty host, …..and it was possible for travelers of that time to cross from it (from Atlantis) to the other islands and from the islands to the whole of the continent over against them which encompasses the veritable (Atlantic) ocean …” – Plato

Today, popular theories place Atlantis in locations like off the coast of Cyprus in the eastern Mediterranean, around the Azores islands in the middle of the Atlantic, somewhere in the Bermuda Triangle off the coast of the United States, or even in more exotic locations such as Antarctica and Indonesia. Of course more mainstream studies point to the tiny island of Santorini, the island of Crete, Malta, Spain, and other archaeological sites around the Mediterranean. Overall, there are countless theories on the location of Atlantis, while more seem to surface every year.