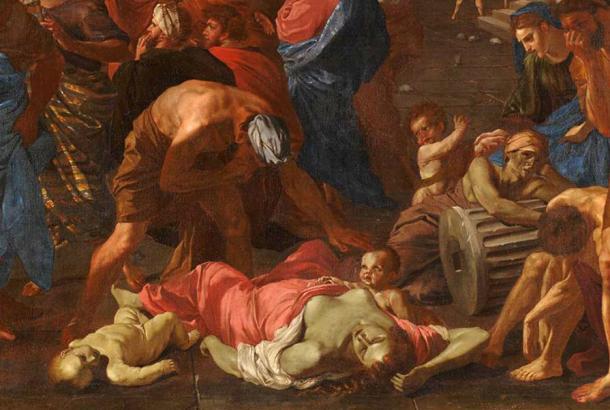 A recent exploration of burial sites in Thessaloniki, Greece, has revealed that dozens of the burials are of children and infants. These poor young souls were not victims of a bloody war or tyrannous rule, but rather, the tragic Justinian plague of the sixth century.

Unusual Findings During Excavations at Thessaloniki

Greece’s second largest city Thessaloniki (or Thessalonica) is the capital of the region of Macedonia, overlooking the waters of the Macedonian Gulf. The area has a hugely storied past, although its history isn’t always quite what you’d expect. The excavations were conducted in Kastrona Street, at the historic walls of the city.

During work for a redevelopment project in the heart of the modern city, which has involved digging and renovation along the outer ramparts of the ancient Roman-Byzantine walls, archaeologists came across the stunning find. According to Archaeology News Network, over 200 burials have been found, 90% of which were jar burials.