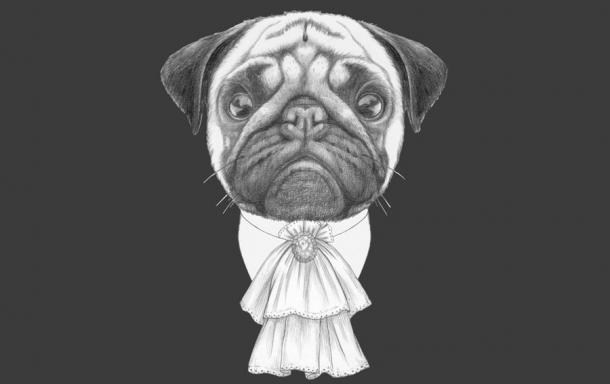 Secret societies are characterized by rituals, customs, and teachings that are concealed from the general public. It is no wonder the 18th century secret society known as The Order of the Pug kept their rituals a secret – its members were forced to crawl around on all fours and kiss a pug dog’s backside to show their loyalty and commitment!

It was 1738 AD, and freemasonry had just been established some two decades earlier. Pope Clement XII saw this highly secretive brotherhood as a threat to Catholicism and so he issued a papal bull, In Eminenti Apostolatus Specula, in which he banned Roman Catholics from joining the Masons under threat of excommunication.

In order to bypass the Papal Bull of Clement XII, an aristocratic gentleman by the name of Clemens August of Bavaria, the Elector of Cologne, founded a secret society called Mopsorden (‘The Order of the Pug’). In essence, members were Freemasons who had adjusted the format to be able to conduct their now forbidden activities, the primary difference being that it allowed female Catholics to become members.