I stumbled upon a recent study that noted “Making more money really does make people happier.” It starts: “The old saying goes ‘money can’t buy happiness,’ but a new study finds that’s not exactly true. Although previous studies find there’s a limit to how much a person’s income impacts their happiness, a researcher from the University of Pennsylvania says the sky’s the limit when it comes to money’s influence over well-being.” 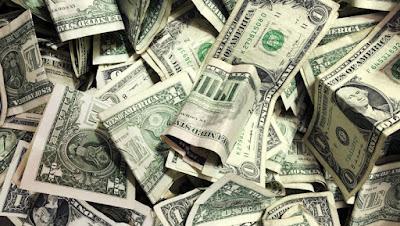 Unquestionably a certain level of income will make people happier, as endless millions who have lost their jobs over the last year will attest. But I’d like to think the operative word in this study is “making.” But what happens when money isn’t “made” but won?

Hard on the heels of this study was the news that a winning Mega Millions ticket was sold in Michigan for a jackpot of – are you ready for this? – $1 billion dollars. 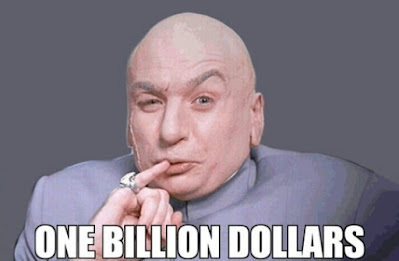 I don’t know if the prize has been claimed yet – I’m not following this situation closely enough to care
– but instead I’ve tried to wrap my mind around the concept of becoming an instant billionaire.

Statistically rich people don’t purchase lottery tickets, so this sudden windfall has doubtless fallen on some Joe Sixpack-type whose life will never be the same.

Can you imagine being that person? Suddenly everything would change. The relationships you have with friends, family, neighbors, coworkers, community, church – it’s all altered. You would be placed in a Fairy Godmother position, able to grant wishes with the flick of a wand. Distant relatives would materialize out of the woodwork. You would have legions of supplicants following you everywhere, wanting their share of fairy dust. If you refuse anyone, you will be branded with every possible curse (greedy, selfish, heartless, etc). And of course, you will have your share of Dr. Evils who want to rob, kidnap, ransom, or murder you for your newfound wealth.

There is a lot of tragic documentation of what happens to lottery winners for whom sudden wealth becomes the worse thing that ever happened to them. “Seventy percent of people who land a big windfall, lose it within several years,” said one financial adviser. “Many are not prepared for such a massive change in lifestyle and they don’t set a budget, (but) even millionaires need a budget.”

I’m not even referring to losing all the money or even spending it all; I’m referring to the corrupting influence sudden wealth has on those who aren’t prepared for it (Jack Whittaker comes to mind). 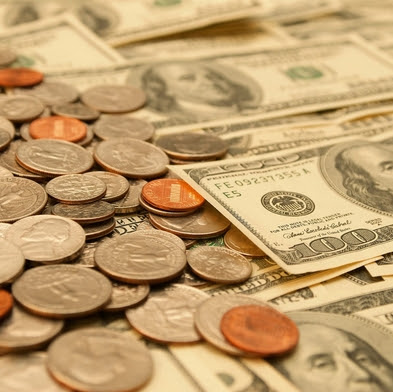 People who earn a lot of money are presumably motivated to do so. Whatever their morals, they’re at least equipped to handle wealth. But people who win huge sums of money are suddenly and abruptly deprived of whatever motivating factors kept them going in life – the motivation to provide for their family, or the satisfaction of building a business, or the joy of making plans and projects come to fruition. No matter how much we might hate our commute or dislike our job, being suddenly deprived of motivation to earn a living is a tragic thing.


“A close inspection of how people react to the idea of winning a large sum of money exposes more than a few flaws in our values and the way we think,” observes blogger Bruce Wild. “It seems that society has reached the point where it thinks the road to riches is not through the valley of hard work and savings and that we can by-pass the important area known as sacrifice. … Huge sums of money from lotteries are unmanageable by the average man and often cause adjustment difficulties, resulting in pain and not happiness.  Large jackpots also result in a disconnect in true and associated values causing unrealistic expectations.” [Emphasis added.]

So whoever the poor sap who just became an instant billionaire, my prayers are with you. I hope you can handle it, and that nothing bad happens to you or your family.