Self-defense in this nation is a narrative that is hidden beneath the pressure of the cultural revolution. I can explain this pretty simply by giving you some simple statistics.

According to a study by the National Firearms Sports Foundation, which surveyed manufacturers and dealers in the industry, showed nearly a 60% increase in firearms sales from minorities and women.

“The highest overall firearm sales increase comes from black men and women who show a 58.2 percent increase in purchases during the first six months of 2020 versus the same period last year.”

Despite the media’s line that America is ready for a defunding of police and a microscopic look at criminality and imprisonment, it seems the common man and woman understand there are serious downstream effects to this train of thought. Not only that, but they’re also taking action to prepare for it.

Of course, American citizens have to be careful about their self-defense weaponry. There is a maze of laws for the average citizen to navigate when it comes to weapons ownership and where you live. These are rules and laws that the criminals, who wish to do us harm, are oblivious to. 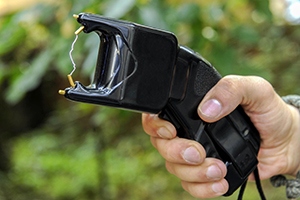 Stun guns are very effective weapons that have been improved upon. I personally like the stun guns that are disguised as everyday items.

The element of surprise can go a long way in a high adrenaline situation.

Stun guns are outlawed in the following states:

If state level law were all we needed to worry about that would be one thing, but stun guns are also outlawed in the following cities:

Stun Gun Laws and Restrictions by State | Department Of Self Defense 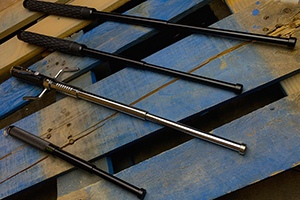 These metal weapons can do serious damage if you know how to use them.

They can be just the right weapon to disable your attacker and give you time to get to safety.

There is no federal law that makes extendable batons and they legal in most places.

Here is the short list of states where extendable batons are illegal: 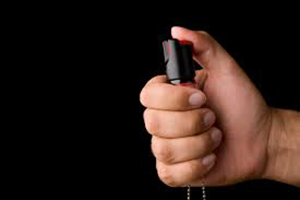 Mace is a well-known less than lethal. It is also one of the most affordable and probably most widely weapons used. What most people don’t know is that mace and pepper spray are 100% legal in all states.

This is the only item on this list that does not come with some sort of restriction.

Related: How To Make Pepper Spray

Knives are devastating weapons that can kill a person in a matter of minutes. It is astounding that knives are not carried by more people and also not as regulated as other deadly weapons.

Your body is full of arteries. Some are in your arms, legs and of course in your neck. If you know where to cut a person, they can bleed out fast. 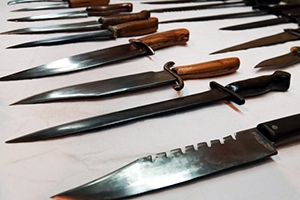 For this reason, certain types of knives heavily regulated.

Knives are legal to purchase in every state. However, certain types of knives cannot be carried in a number of states. The most popular knives that are restricted in states are the following.

Check your state laws if you own and carry these types: 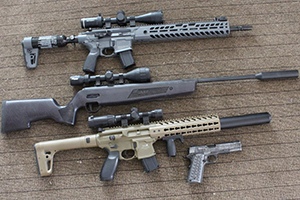 Air guns suffer from looking and behaving similarly to a real firearm. This means the laws are all jumbled by lawmakers at the state level. The air gun would not be my first choice as a self-defense weapon because it looks and acts like a gun and could provoke a real gun to be pulled and used by an attacker.

Without the stopping power of a real firearm, you will be outgunned.

Most of the laws having to do with air guns are age restrictive. In some of the more liberal states, you will see air gun laws that look just like firearms laws. In many Midwestern states, there are no laws restricting the use of air guns.

Here is a great resource to seek out the laws in your state.

The cynic in me wants to say that no matter what kind of firearm you own you need to double-check and make sure it is not on the hit list. Our 2nd Amendment is under attack like never before so every law that you assume you know should be checked upon regularly. 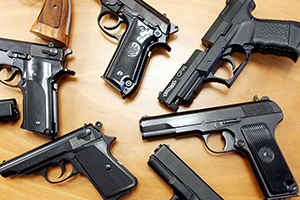 Your local legislature should be checked upon, too!

Each state has their own unique set of gun laws. The states’ voting record tends to line up pretty well with its gun laws. Blue states have the most restrictive gun laws while red states are less restrictive.

With firearms, you not only need to worry about the guns themselves but also the modifications and accessories you add to those guns. In short, you better check up on your state laws every time you purchase a weapon. You might also want to pay close attention to who represents and governs your state and what their plans are.

The landscape of gun ownership in America is only going to get harder and harder to traverse. Ignorance is no defense of the law.

Unfortunately, the instinctual push towards self-defense has proven to be a wise decision as we saw a massive spike in crime and record homicides in 2020 in many major US cities. Worse yet is the fact that in 2021 the rise is not letting up.

Let me be frank, criminals know that the police are under attack. They are emboldened. People are wearing masks all the time and anonymity plays a role.

Now, is the time to be situationally aware and prepared to defend yourself and the people you love.