Many things changed when the Soviet Union fell apart in the early 1990s, but at the time it felt like the most important one was that fears of nuclear war receded.

For 40 years we’d all lived with the threat of annihilation, and suddenly that threat was gone. Well, now it’s back.

Russia’s invasion of Ukraine, and Vladimir Putin’s thinly-veiled threats to go nuclear if the West opposed it too openly, has refocused everyone’s minds on what would happen in a nuclear war.

Preppers are less likely to have forgotten the nuclear danger than most people, but even we are probably taking an urgent look at our plans for surviving a nuclear attack.

Obviously, the first and most important step in living through this nightmare scenario is not being under a weapon when it explodes. Unfortunately, unless you’re a senior officer in Russia’s Strategic Rocket Forces you won’t have access to their targeting plans, so how can you know if you live near a target?

Any nation that launches a nuclear strike on the USA knows it’s going to take a beating in return, so its priority will be to destroy the USA’s ability to keep fighting.

That way, the enemy will have a chance to recover while America is too busy patching itself back together to keep hitting them. Knowing that, we can work out what the likely targets will be.

The first priority will be to destroy the USA’s ability to keep launching nuclear attacks.

For example, Minuteman missile silos and control centers will be attacked, to destroy any missiles that weren’t launched in the first salvo. 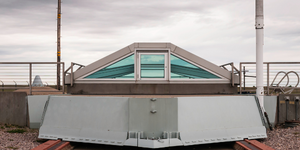 The missile silos at these bases are dispersed over large areas – and, like the control bunkers, they’re hardened targets designed to survive a close nuclear blast.

To ensure the silos are destroyed these bases will be saturated with multiple ground bursts, creating a large downwind fallout hazard. The USA also has long-range bombers that can carry nuclear weapons.

Their bases will be attacked in an attempt to either destroy the bombers on the ground or take out the runways and support facilities they need to launch follow-on attacks.

There are five Strategic Command bomber bases, which will all be targeted:

Each of these bases will most likely be hit with multiple warheads, a mix of airbursts to destroy buildings and ground bursts to take out command centers and weapon storage bunkers. There will be a significant downwind fallout hazard.

The final part of the US nuclear arsenal is the Trident submarine force. These operate out of two naval bases, one on each coast; those bases will definitely be attacked, to destroy any submarines that aren’t out on patrol and the infrastructure needed to load missiles into any that survive.

Related: The 7 Lost US Nuclear Bombs

The bases will be hit with multiple weapons, a mix of air and ground bursts to destroy the base, and water bursts to sink any submarines that ran for deep water when the attack warning came in.

There will be a major fallout hazard downwind of these locations:

If you don’t live near any of these locations, don’t breathe a sigh of relief just yet.

There are only three Minuteman missile fields in the US, but nuclear-capable bombers and Trident submarines aren’t tied as firmly to their home bases.

If international tension is rising, bombers can be dispersed from their home bases to any base or airport with a long enough runway, scattered in ones and twos across the country.

The enemy’s priority will be the smaller number of 12,000-foot-plus runways that can accommodate a B-52H, but any large airbase or airport is a potential target. To save weapons these will mostly be targeted with one or two airbursts. 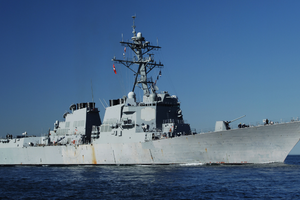 Naval bases will also be targeted; they can service, and possibly reload, Trident submarines that have fired their missiles and returned to the USA. Any port deep enough for aircraft carriers is likely to be hit; US carriers carry nuclear-capable strike aircraft, and the enemy will want to reduce our ability to keep them in operation.

The USA won’t be able to fight a war effectively if its chains of command are disrupted, so civilian and military command centers will be targeted. This is bad news if you’re in or around Washington, DC.

Here are the main command centers that will be hit: 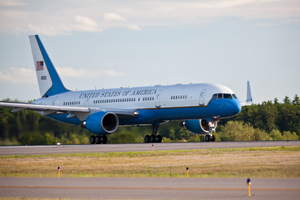 Andrews AFB is where the president will be evacuated from in an emergency, Marine One will fly him from the White House to Andrews, where he will board Air Force One.

An attacker would hit Andrews in the hope of killing the president and other senior members of the administration.

The other locations will be hit with ground bursts – in the case of the Cheyenne Mountain Complex, multiple high-yield ground bursts – creating a significant fallout hazard downwind.

Recovering from a nuclear attack will be hard. It would be even harder if the power was out over huge swathes of the country, so expect our power generation capacity to be heavily targeted.

Of course, not every power station will be hit – there are too many of them. An attacker will use their warheads where they’ll have the most impact.

That makes nuclear power stations the most likely targets. There are 93 of them in the USA and they’ll probably all have at least one weapon aimed at them. The weapons would probably be relatively clean airbursts, but there’s still a risk of fallout from the reactors themselves.

Some other large power stations could also be hit. For example the Hoover Dam can generate more electricity than most nuclear power stations, and also provides the water supply for a large part of the southwest: Its destruction would seriously affect the USA’s recovery. 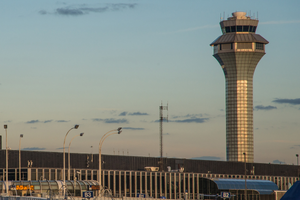 Like power, transport infrastructure will be vital to recovering from a nuclear attack – so the attacker will destroy as much of it as possible.

Most major airports will be hit anyway, because they have runways that can launch strategic bombers, but that leaves plenty other targets.

Related: Where to Go When You Don’t Have a Nuclear Bunker

Major freeway interchanges are likely to be hit. They will probably get a ground burst weapon, causing a large crater and disrupting the ground for an even larger area; this will seriously slow down repairs. The same goes for major railway stations and line junctions.

Other chokepoints will likely be hit, too. The attacker will want to cause as much delay and disruption, with as few weapons, as possible.

Bridges and tunnels that save long detours will be obvious targets. The San Francisco Bay bridge, the Verrazano Narrows bridge in New York, the Mackinac Bridge in northern Michigan, the George Washington Bridge linking New York and New Jersey – those are the sort of targets an attacker will want to bring down.

Again, they’re likely to be hit with ground bursts. An air burst will drop bridge spans; a ground burst will destroy the whole structure, including the foundations, and replace it with a radioactive crater that it’s almost impossible to build a new bridge over.

It will also throw up a huge plume of radioactive steam and fallout, contaminating the surroundings and downwind area.

When most people think of nuclear targets, they think of cities. That’s not really the case. Many cities will be hit, but not because they’re cities – the real targets will be docks, bridges, command centers or power stations. The city itself is collateral damage.

With the information in this article you can identify likely nuclear targets in your area, work out what they’re likely to be hit with and plan on how to get clear of them if international tension rises.