Astronomers have announced the first detection of X-rays from Uranus. Uranus, the seventh planet from the Sun, is an ice giant planet in the outer Solar System. Like Jupiter and Saturn, Uranus and its rings appear to mainly produce X-rays by scattering solar X-rays, but some may also come from auroras. Chandra observations from 2002 and 2017 were used to make this discovery. 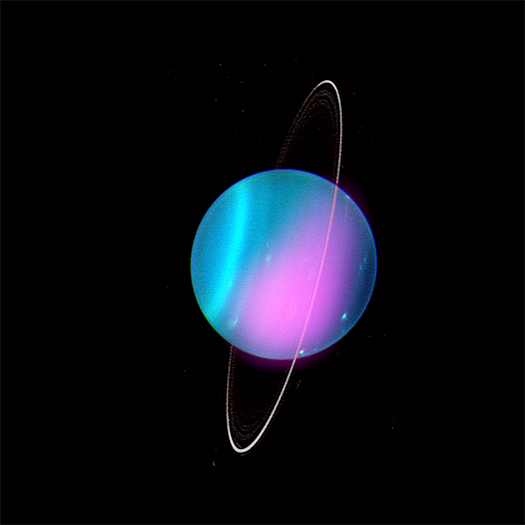 Astronomers have detected X-rays from Uranus for the first time, using NASA’s Chandra X-ray Observatory. This result may help scientists learn more about this enigmatic ice giant planet in our solar system.

Uranus is the seventh planet from the Sun and has two sets of rings around its equator. The planet, which has four times the diameter of Earth, rotates on its side, making it different from all other planets in the solar system. Since Voyager 2 was the only spacecraft to ever fly by Uranus, astronomers currently rely on telescopes much closer to Earth, like Chandra and the Hubble Space Telescope, to learn about this distant and cold planet that is made up almost entirely of hydrogen and helium.

In the new study, researchers used Chandra observations taken in Uranus in 2002 and then again in 2017. They saw a clear detection of X-rays from the first observation, just analyzed recently, and a possible flare of X-rays in those obtained fifteen years later. The main graphic shows a Chandra X-ray image of Uranus from 2002 (in pink) superimposed on an optical image from the Keck-I Telescope obtained in a separate study in 2004. The latter shows the planet at approximately the same orientation as it was during the 2002 Chandra observations. 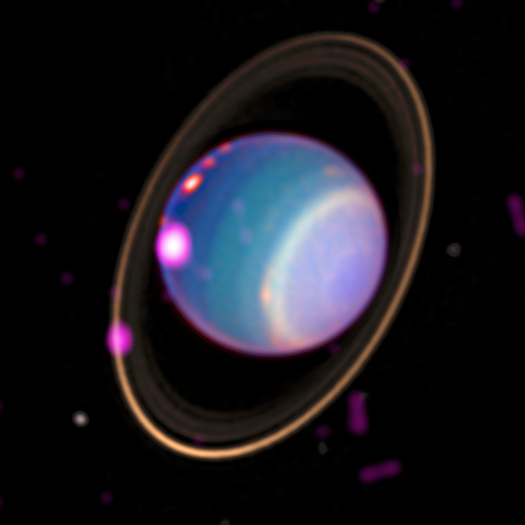 What could cause Uranus to emit X-rays? The answer: mainly the Sun. Astronomers have observed that both Jupiter and Saturn scatter X-ray light given off by the Sun, similar to how Earth’s atmosphere scatters the Sun’s light. While the authors of the new Uranus study initially expected that most of the X-rays detected would also be from scattering, there are tantalizing hints that at least one other source of X-rays is present. If further observations confirm this, it could have intriguing implications for understanding Uranus.

One possibility is that the rings of Uranus are producing X-rays themselves, which is the case for Saturn’s rings. Uranus is surrounded by charged particles such as electrons and protons in its nearby space environment. If these energetic particles collide with the rings, they could cause the rings to glow in X-rays. Another possibility is that at least some of the X-rays come from auroras on Uranus, a phenomenon that has previously been observed on this planet at other wavelengths.

On Earth, we can see colorful light shows in the sky called auroras, which happen when high-energy particles interact with the atmosphere. X-rays are emitted in Earth’s auroras, produced by energetic electrons after they travel down the planet’s magnetic field lines to its poles and are slowed down by the atmosphere. Jupiter has auroras, too. The X-rays from auroras on Jupiter come from two sources: electrons traveling down magnetic field lines, as on Earth, and positively charged atoms and molecules raining down at Jupiter’s polar regions. However, scientists are less certain about what causes auroras on Uranus. Chandra’s observations may help figure out this mystery. 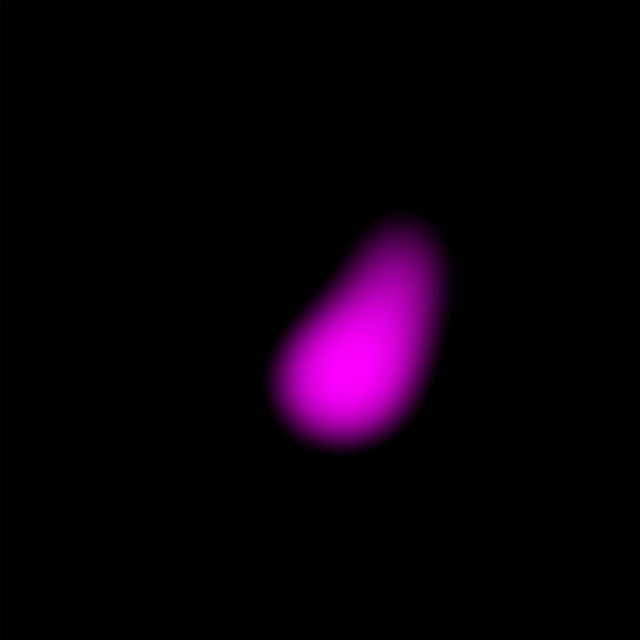 Uranus is an especially interesting target for X-ray observations because of the unusual orientations of its spin axis and its magnetic field. While the rotation and magnetic field axes of the other planets of the solar system are almost perpendicular to the plane of their orbit, the rotation axis of Uranus is nearly parallel to its path around the Sun. Furthermore, while Uranus is tilted on its side, its magnetic field is tilted by a different amount, and offset from the planet’s center. This may cause its auroras to be unusually complex and variable. Determining the sources of the X-rays from Uranus could help astronomers better understand how more exotic objects in space, such as growing black holes and neutron stars, emit X-rays.