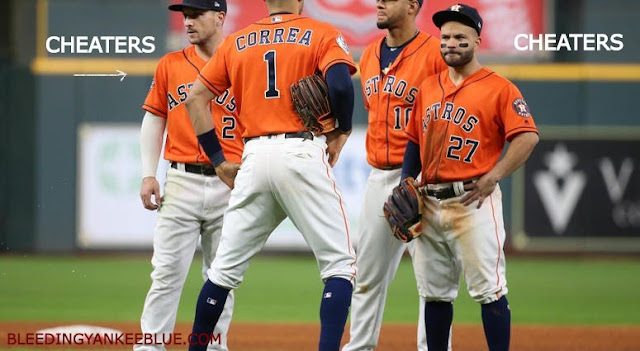 I’m tired of just TALKING about the cheating that has disgraced this sport in recent years. The ASSTROS are dirty cheaters, the Red Sox are dirty cheaters….and some heads have already rolled. It’s still not enough though. If baseball wants to REALLY make a change, it’s time to make a bolder statement.

In 2017 Rob Manfred TRIED to send a strong message to all teams. He TRIED to let everyone know that cheating wouldn’t be tolerated. The Wall Street Journal has a good write up on it HERE.
“The genesis of the pact between the league and the MLBPA goes back to Sept. 15, 2017, when Manfred announced that he had fined the Boston Red Sox for transmitting signs from their replay review room to individuals in the dugout wearing smartwatches. That same day, Manfred issued a memo to all teams reiterating that using electronic equipment to steal signs was a violation of league rules and that future transgressions would be met with severe discipline. He specifically said that GMs and managers would be held accountable for the conduct of their charges. Another memo sent out in March 2018, attributed to chief baseball officer Joe Torre, expanded on the prohibition.” 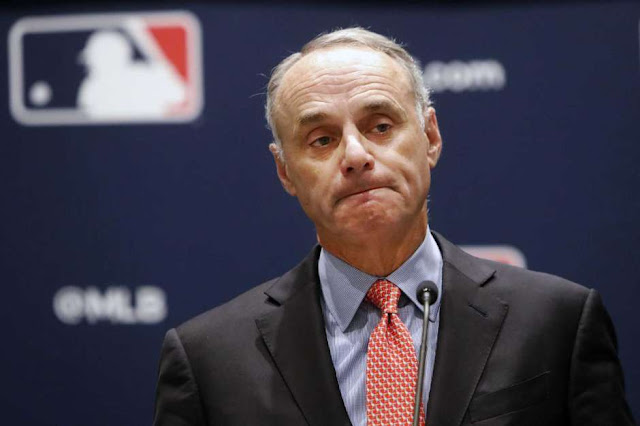 So, there you have it. You transmit signs and cheat….the GM and managers will be held accountable. Great! A GM and two managers are now out of jobs and DISGRACED as they should be. But what about the players?! Why should they continue to disgrace the game that all fans pay A LOT of money towards and get away with no consequences? THEY SHOULDN’T….but they do.

“Major League Baseball commissioner Rob Manfred repeatedly refers to the Houston Astros’ sign-stealing scheme in 2017 and 2018 as ‘player-driven.’Yet Manfred also declared: ‘I will not assess discipline against individual Astros players.’

Will not….or can’t? Maybe both. Do I think Manfred is a strong leader for baseball? No. I’ve stated a few times now that I am not a big fan of the guy. But reality is….even if he wanted to discipline individual players he can’t! The players union holds a lot of power whether we like it or not. We were talking about this on twitter. I said that the players union is too strong, and I still believe that BUT there is one thing we may be forgetting as a reader pointed out:

The players union was stronger years ago. I just have a problem based on the pure principal that cheaters and liars should be punished, period. As parents we teach this to our kids, don’t we? Hell, when I play learning games with my young nephew if he thinks I am cheating he isn’t afraid to call me out on it! We teach them right from wrong….we teach values and integrity. We teach them that there are consequences for our actions. This should be no different for baseball, but it is.
The Wall Street journal goes on to say: “After all, Manfred said, AJ Hinch knew the sign-stealing was going on and didn’t stop it. Bench coach Alex Cora was an active participant in the plots. So was outfielder Carlos Beltrán, a respected veteran. Therefore, the union could have successfully argued in a grievance hearing that the players didn’t know they were in the wrong, since their superiors never directly informed them and even appeared to condone their behavior.”

Wait so, management knew sign stealing was wrong so should be held accountable but the players didn’t know they were in the wrong for cheating because their “superiors” never directly informed them? GET OUTTA HERE! Are we seriously suggesting this? So my four year old nephew knows right from wrong and knows that cheating in a game is wrong….but grown men who play a game and make a ton of money do not know its wrong? Not buying it one bit. If these players love the game as much as we do as fans they would not want to disgrace it and the union would not want to help them disgrace it. It’s all a bunch of crap. They don’t need to be told it’s wrong. If anyone actually believes that….have them call me because I have a bridge for sale. 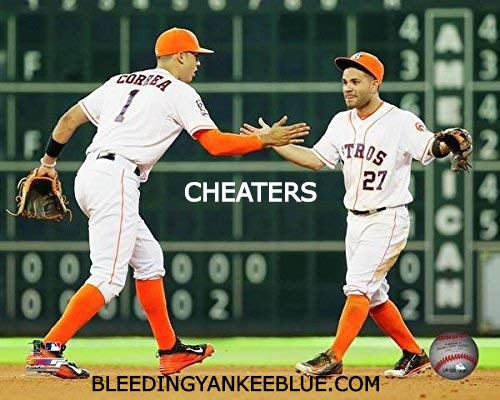 Bottom line here is the inmates should not run the asylum. The employees do not make the rules at their employer and baseball players are no different. If baseball really wants integrity back to this sport, the union needs to recognize that PLAYERS in addition to managers and GM’s need to be punished. Those who commit the offense, should also suffer consequences. It makes me sick that dirt bags Jose Altuve, Alex Bregman and Carlos Correa get to hide in the shadows and play baseball with no real consequence. Sure, they have lost credibility….but clearly that means nothing to them so it isn’t enough.
Credibility and integrity mean everything. Lose it and you have nothing. The players union is allowing the great game of baseball to be destroyed and that makes them just as guilty as the cheaters  in my book. Baseball needs a major change….and it needs to start with the players union!