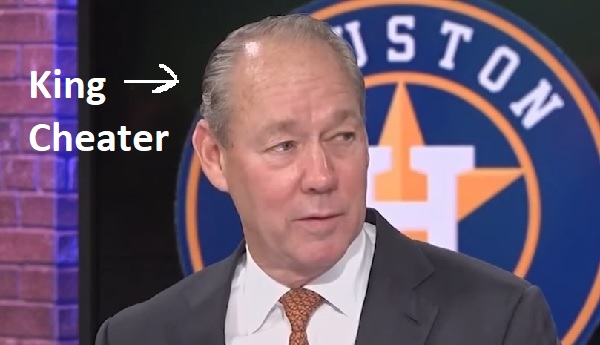 Jim Crane is playing the victim with his horrendous, loser organization.

Jim Crane needs to shut his fat whore mouth.
Jim Crane is part of the problem when it comes to the Astros cheating scandal. After all, he’s top of the heap there. He had to be aware of what was going on… the garbage can banging, the cheating their way to a championship.  He should have been removed by the Astros board of directors. MLB should have forced him to sell when the corruption and findings came to light. 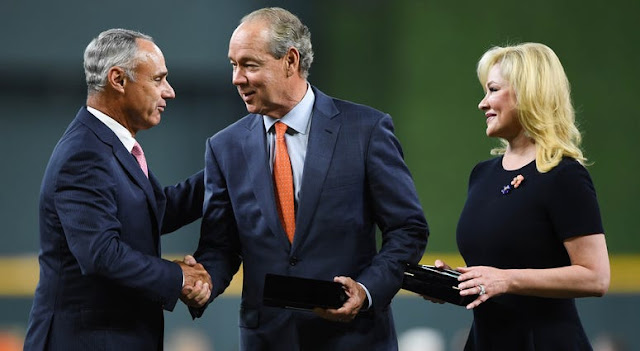 But Jim Crane was given a gift by friend Rob Manfred. The gift was, ‘fire your manager and GM to send a message, have your players apologize publicly and you can keep your team.‘  And so at that point? Jim Crane needed to understand that was a cue for “Shut the f–k up“… plain and simple.
But he has a big mouth, and now it’s being reported. The New York Post writes:

Crane believes sign-stealing – and cheating in general – is present around the league, with the blame falling solely on the Astros.

‘I think [MLB] had a bigger problem than everybody realized,’ Crane told USA Today. ‘Two other teams [the Yankees and Red Sox] were doing things and got caught, but we’re the ones who took the bullet. That’s the way it works. I’m not trying to blame anyone else. It was our problem. We dealt with it.’”

But the Astros didn’t deal with it, did they? They were handed a gift and that’s the part of Crane’s story that he doesn’t reveal.  The Astros got off way too easy and the problem is this team is just too arrogant to understand it. 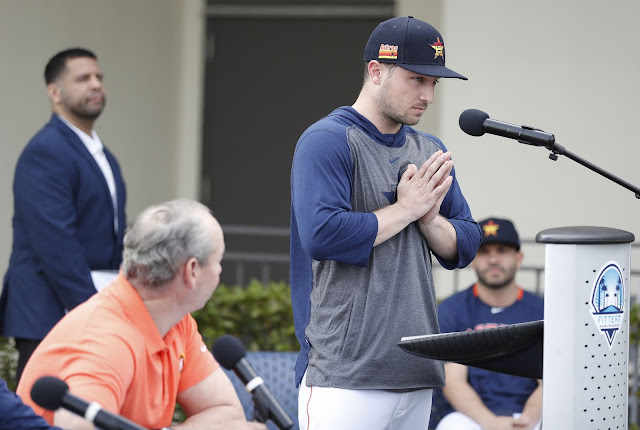 You remember the smug, non-sincere apologies… you remember that that Asstros team just acted like they were the victim. Well… it’s back again, and this time the owner, the one who is supposed to lead, is doing it. Pathetic.  Jim Crane is a coward.
There’s a reason why the Astros opponents are throwing at their heads. There’s a reason why this Astros team can’t seem to do anything productive with their bats.  The Astros relied too much on manufactured signaling and lost all ability to think through counts on their own. They essentially reprogrammed themselves and now… they are lost… ALL OF THEM. It’s a great payback… it really is.
But don’t think for a second that the Astros took one for the team.  No. The Astros are the problem.  But the bigger problem is they weren’t dealt with forcefully and quickly because of friend favors between Crane and Manfred.  In the end, Crane should be walking around with his tail between his legs. He’s a moron… much like the rest of that worthless team.