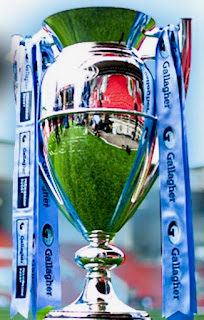 I’m beginning to wonder about Premiership Rugby after the organisation has once again failed to exactly cover itself in glory.

After the debacle around its handling of the Sale Sharks Covid-19 saga prior to the semi-finals, it would appear that Premiership Rugby has now changed its mind over plans to show the final, which takes place between Exeter and Wasps on 24 October, on the BBC.

The BBC, it appears, had been led to believe that it would be able to broadcast the match live and had scheduled a spot on BBC2. Premiership Rugby, however, appears to have performed an abrupt volte-face whilst claiming unconvincingly that any talks with the BBC were merely “exploratory”.

If the match were to be shown live on the BBC you would probably expect an audience in excess of 2 million. As things stand, however, the game will be seen by a BT Sport audience in the region of a couple of hundred thousand.

At a time when rugby is crying out for good exposure this strikes me as quite the spectacular own goal, but it really isn’t exactly that unexpected given Premiership Rugby’s recent track record.