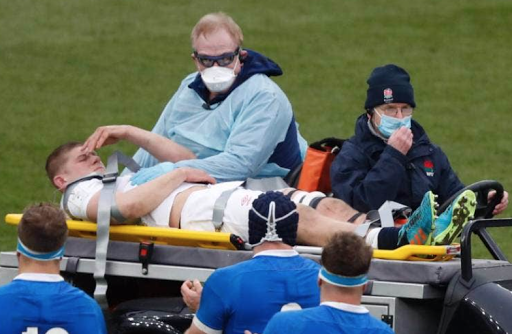 I have to admit that, despite my advancing years, I am not sure that, until last Saturday, I had ever really heard of the term “Crocodile Roll” in rugby.

By “Crocodile Roll” I am not referring to a follow up single to a 1970s Elton John hit – no, I am of course talking about the action performed at a ruck by Italy’s Sebastian Negri on England’s Jack Willis which unfortunately led to Willis sustaining what appears to be a serious knee injury.

Willis, attempting to ‘jackal’ over the ball at a ruck, was wrapped up by Negri who, using his bodyweight, rolled Willis to the side. Unfortunately the England flanker’s leg remained stuck in the ruck and his knee twisted horribly.

The incident has led to many, including former England and Fiji 7s coach Ben Ryan (who has been banging this drum for a number of years) to call for the dangerous practice to be outlawed.

He’s right. The Crocodile Roll is dangerous and should have no place in rugby. This does, however, slightly miss the point as, by permitting jackalling in the first place, we are in fact allowing, even encouraging, players to put themselves in danger.

I’ve said this before. So many injuries appear to be caused by opposition attempts to clear out the jackal, who is clamped over the ball, feet splayed, head and neck exposed. The remit is to remove him or lose possession and pretty much any method of doing so risks harm to the jackalling player.

If the authorities are to do anything other than play lip service to player welfare, therefore, it is jackalling that needs to be outlawed – which can be achieved simply by decreeing that any player arriving at a tackle/ruck must not play the ball with their hands.

Remove the jackal, reduce the danger.

In other words, go back to how it used to be.