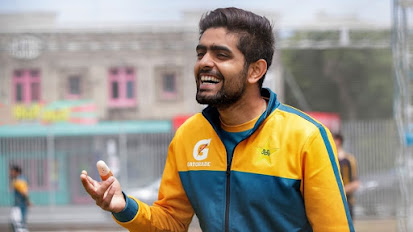 News has been floating around that Pakistan captain Babar Azam is unhappy with the squads announced for Pakistan’s African safari, where they will be touring South Africa and Zimbabwe.

Having had a look at the squads, I completely agree with the Pakistan captain.
Some of the selection are just bizarre, while some omissions are just mindboggling.
I have no idea what Mohammad Wasim & Co. were thinking when selecting these squads.

Abdullah Shafique
This 21-year old is an extremely talented batsman. He has had quite an awesome start to his domestic career and has flourished in the T20 format, which also earned him a call to the Pakistan T20 team.
But does that warrant him a place in the test team?
Not really. He has played just 1 first class match, in which he scored 133. Great, a debut 100 in a first class game, but that was the same match where Ahmed Shehzad, Usman Salahuddin, Salman Butt, Mohammad Saad, Zeeshan Ashraf, and Agha Salman scored centuries! Ahmed Shehzad managed it in both innings!
Are there really no other test openers in Pakistan?

Yasir Shah
Why is he not in the test squad?
It is mind boggling to see that Pakistan’s premier leg spinner has not made the cut for the squad, especially when in Pakistan’s last test series against South Africa, Yasir was the second highest wicket taker!