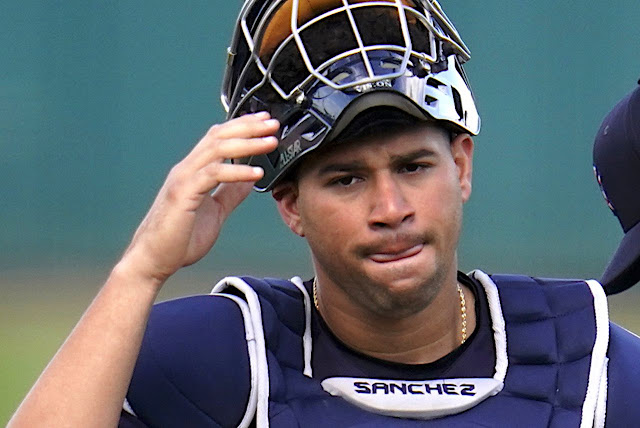 What a nightmare. No one wants to remember anything about 2020 but it called and said that Gary Sanchez still sucks. It also pointed and laughed at us all and told Brian Cashman and the Yankee brass that they should’ve learned their lesson. We’ve been here before, and this really should be the end of it.

Keywords there are SHOULD BE. How many times do the Yankees really need to make him sit and sulk on the bench before they realize this is a FAILED experiment? We’ve been here already, but thanks to the Yankees terrible player evaluation we are truly stuck with this guy. The Yankees once again have more faith and confidence in Kyle Higashioka and now Sanchez has lost his job a second time. 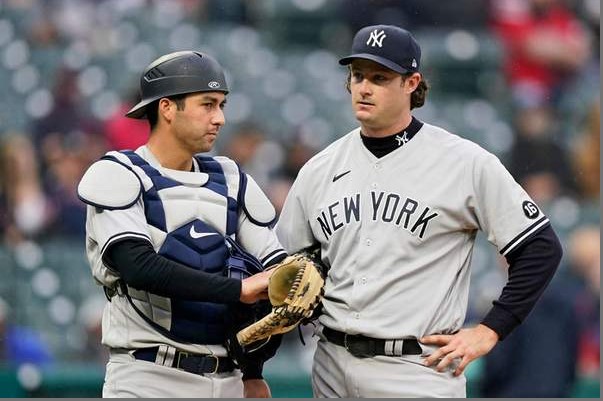 It’s not even one month into the season and after the Yankees gave Sanchez a second chance he’s already losing playing time to Higashioka. Fans should’ve started a pool called the “how long until Sanchez is benched again?” and I wonder how many winners we would have right now. The writing was on the wall last season. Shortened 60 game season or not, the Yankees started five of their seven playoff games with Higashioka behind the plate.

Then over the winter they game Sanchez a second chance after he showed progress playing in the Dominican League. The Yankees went all-in with Sanchez because they thought they had to. With no MLB ready catching depth there were no internal options and their “strict budget” didn’t include signing a reliable catcher or a realistic trade. 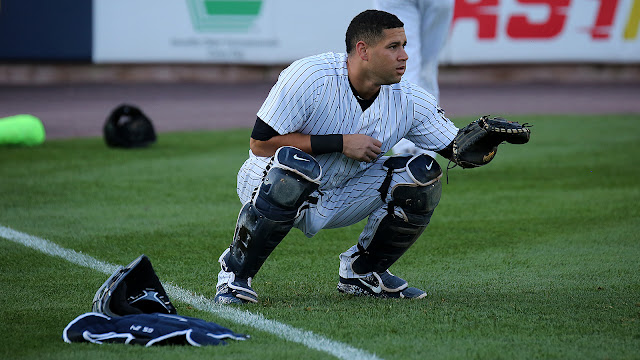 Is this enough to make the Yankees realize that Higashioka isn’t just Gerrit Cole‘s personal catcher, he’s EVERYONE’S catcher? The Yankees missed the perfect opportunity to say goodbye to Sanchez in December. They could’ve traded him or not offered him a new contract but they didn’t. All because he’s a young, cheap catcher they didn’t want to give up on and they decided not to spend on anyone else. The Yankees gambled and lost, big time.

Aaron Boone said on Tuesday that Higashioka “just earned more playing time. I mean, simple as that.” Another SOFT answer from a SOFT manager. We all know the truth though, Sanchez is a liability to this team and he shouldn’t be here anymore…..it’s as simple as that.